Los Angeles, Calif—Aiming to tap the current boom in film and television production, Signature Post, a fully-immersive sound editorial and mixing facility, has launched in Burbank. Built by Kaiser Comm Construction Inc., the all-new facility features three Dolby Atmos-certified mix stages and an ADR production stage and will cater to high-end feature and television projects. The facility is owned by Greg Stone, who is also the principal of SPG Studios, a foreign-language dubbing specialist. Signature Post facility, stages and editorial will be headed by veteran post executive Ricky DeLena. 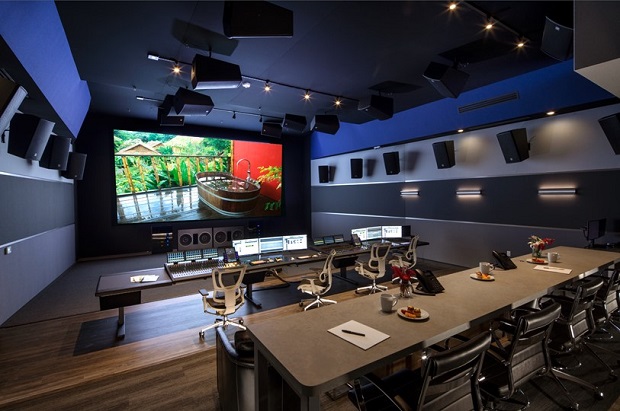 In preparation for the company’s launch, the 9500-square-foot, former warehouse structure housing Signature Sound had to undergo a complete build-out. That included the installation of new floors and ceilings for the mix stages to provide optimal acoustics for Dolby Atmos. General contractor Kaiser Comm Construction’s Kevin Kaiser served as design director on the project; the company’s Carlos Gomez was the construction supervisor. “In its certification process, Dolby Laboratories is focused on volumetric space: the distance from the mixing console to the screen and ceiling height,” explains Stone. “We were concerned about the height of our stages, but Kevin came up with the clever idea of interweaving the ceiling and roof joints to gain the space we needed.”

“There are many ways to address stage acoustics,” adds Kaiser. “We reoriented the rooms and pushed the ceilings up to achieve the required distances and create the sonic environments Greg and his team wanted. The rooms sound great.”

Acoustical considerations weren’t the only hurdle. The facility also had to conform to strict state and local building codes. “One of Kevin’s biggest assets is his skill in navigating building codes and approvals,” says Stone. “You may have a brilliant acoustical plan, but it also has to work within the constraints of government regulation, as well as time and budget limitations. Kevin managed all those factors.” 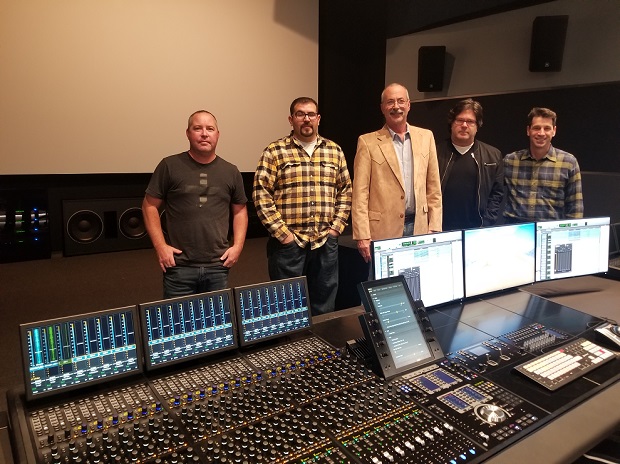 The build out also transformed the structure from a stodgy warehouse into a light and airy studio environment. “Greg brought in an interior designer who worked with us in designing a glass-enclosed lobby and other aesthetic features that transformed the space,” notes Kaiser. “It was a collaborative process and the results are impressive.”

Kaiser Comm Construction has been building sound production and recording studios since 2010 and benefits from Kaiser’s more than 30 years of experience as a contractor and post-production engineer. “Kevin understands post-production from a facility owner’s perspective,” says Stone. “I had complete confidence that he understood our needs and would rise to the occasion. He’s also an excellent communicator and a smart business person.”

Signature Post’s mix stages passed Dolby Laboratories’ certification process during in their initial inspection and the facility is ready to begin project work. Kaiser, meanwhile, is applying the finishing touches to the build out. “Although audio work is complete, we return to the studio almost every day to make final tweaks,” says Kaiser. “We want to make sure that everything is 100 percent correct.” 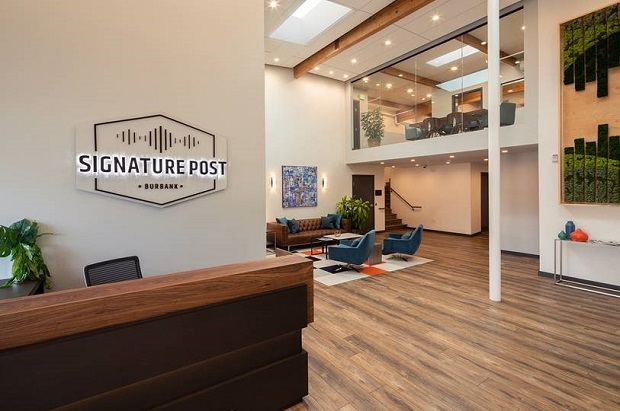 Kaiser Comm Construction Inc. is a general contracting firm specializing in recording studio, commercial and residential building. It tackles projects ranging from simple home remodel to complex studios and large-scale commercial structures. It adheres to the highest quality building standards and employs the most experienced, licensed trades people to fulfill its commitment to excellence in every project. For more information, call (661) 245-3105.