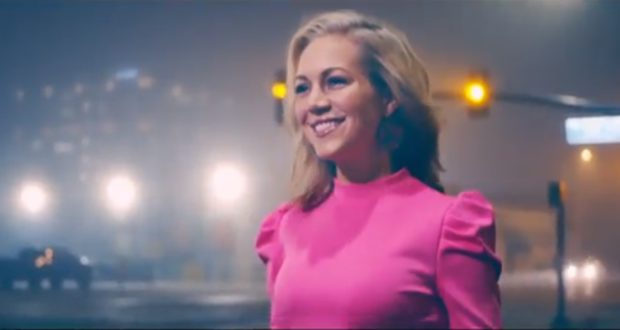 DALLAS—Kansas City television station WDAF FOX 4 took advantage of the hometown Chiefs’ presence in this year’s Super Bowl to roll out an inspirational promo celebrating the resilient spirit of its community. Driven by a rap-flavored anthem produced by Stephen Arnold Music, the spot broke during the local broadcast of the Big Game and features empowering images of Kansas City landmarks and members of the station’s Fox4 News team. The theme is “This Is Our KC.”

The spot builds on a campaign conceived by WDAF creative services director Danielle Ray and promotion manager Dan Horner to mark the station’s WDAF’s 70th anniversary. It launched in October with an image spot set to an alternative pop version of the “This Is Our KC” song. To capitalize on expected high viewership for the Big Game, the WDAF creative team came up with the idea for a rap version of the song with lyrics written by Ray and set to a hip hop beat orchestrated by Stephen Arnold Music. Evoking a city on the move, the rap proclaims, “We are the future of…we are the rising of…This city always brings us together.”

“We wanted to create something authentic to Kansas City,” says Ray. “It’s a unique place with a mix of new and old, people who’ve lived here their whole lives as well as lots of transplants. It’s a city with a cool, artistic vibe.”

The rap vocal gives the new spot a feel that’s both distinct and unique, not only from the earlier campaign, but from other station promos. “The key to a great hip-hop/rap song is how the beat and cadence of the vocal work together,” says Stephen Arnold Music VP/Creative Director Chad Cook. “In this case, we worked through multiple ideas until the lyrics, beat and cadence aspects of the song worked perfectly together. That was the magic formula.”

The anniversary campaign has been a big success for the station. Ray says that people in the community have already grown fond of the song. “It’s become a local phenomenon,” she notes. “Our anchors often run into people on the street who sing it to them. One viewer sent in a video of her two-year-old daughter dancing to the beat.”

Ray adds that she expects the new spot to make an even greater impact. “We love the way the rap vocal blends with the original song,” she says. “It gives it an edgier sound, but it’s still instantly recognizable as the song that everyone in Kansas City has come to know and love.”