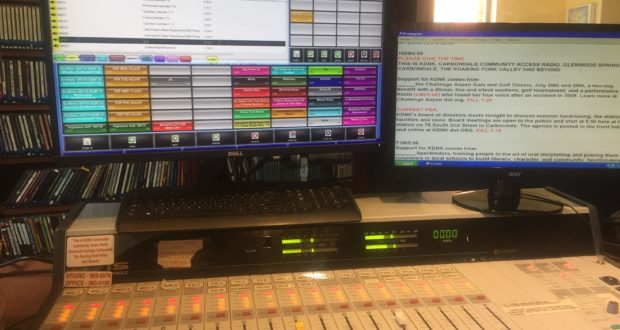 Southfield, MI, September 23, 2019 – With its stated mission to connect community members to one another and the world, KDNK-FM—an NPR member station based in Carbondale, Colorado—broadcasts a unique sound that fuses eclectic music, hyper local news, and public affairs programming across the Roaring Fork Valley of West Central Colorado. To ensure reliable automated operations and a quick learning curve for more than 120 volunteer DJs, this community access station relies heavily on ENCO’s market-leading DAD automation platform to power its on-air presence. 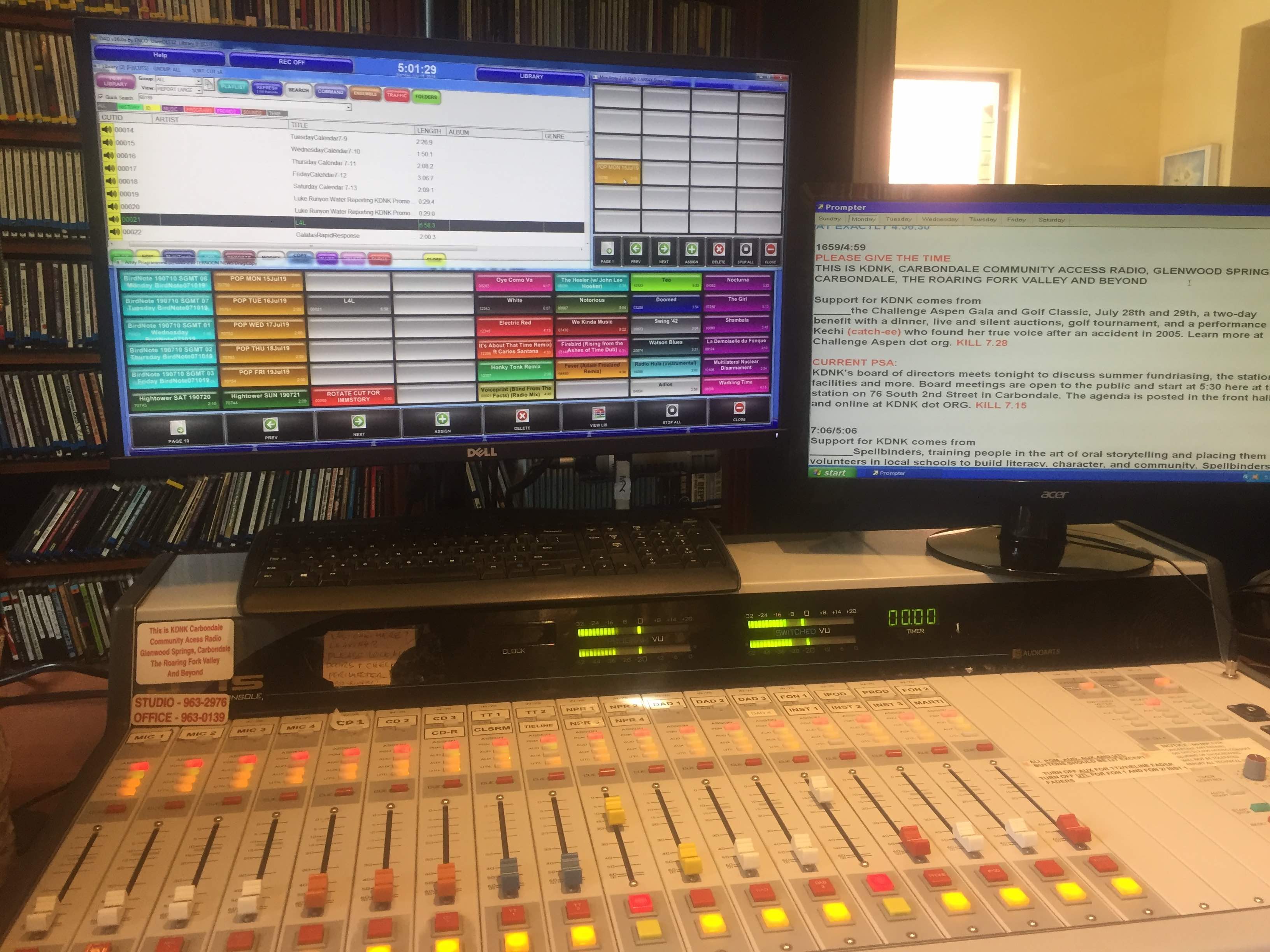 KDNK leverages its DAD system to automate overnight music delivery as well as daily syndicated shows, such as NPR’s Morning Editionand All Things Considered. More importantly, DAD serves as a critical network hub that connects KDNK’s on-air studio, newsroom, production room, and program department. When content moves to DAD from any of these workstations, that content is immediately available for playout to air.

“While our DJs allow our station to be live 18 hours per day, DAD makes it very easy to automate the playout of fresh music playlists overnight from midnight to 5am, at which time it triggers a live NPR satellite feed of Morning Edition,” said Luke Nestler, Music Director, KDNK. “Each DJ has free reign to select music from our massive digital music archive by simply dragging and dropping a desired track onto either the main DAD array or mini-array in our control room. From there, they can click on a track to play it out, and even cross-fade between the two arrays for effect.”

Many daily radio shows, like Democracy Now, are delivered to KDNK-FM via satellite and the station currently chooses to air them live. However, non-live shows are typically delivered to KDNK’s ENCO Dropbox to simplify content management. From there, the files move automatically into the DAD system where, based upon their program ID/cut numbers, they find/replace the previous episode in their scheduled timeslots.

“For a station like ours with a very small paid staff, the automated functionality of ENCO’s Dropbox utility is a very big timesaver,” Nestler said. “Without it, we would have to handle ingesting shows as a manual process, while guarding against human error. As part of its overall functionality, DAD automates this entire process reliably the moment a new episode arrives.”

To date, Nestler estimates that 88,000 pieces of music have been ripped and organized into six different libraries residing in their digital archive. To support its format-free atmosphere, these libraries span a wide range of musical tastes, including folk, rock n roll, bluegrass, country, soul, R&B, funk, hip hop, and electronica.

A seventh library contains timely program elements, such as station IDs, community calendar listings, and PSAs. DJs can drag selections from these digital music libraries over to the DAD arrays for playout, or create their own DAD playlists. Then, DJs can store their personal playlists on the DAD system, making it easier and more convenient to find and play their favorite songs without searching the archive for selections to drag over to a playout array.

“I’m always impressed with how well DAD works, especially considering how heavily it’s used,” said Nestler. “Our on-air studio gets very busy, with 80 DJs doing their own live shows and 40 more serving as back-ups. Yet, despite all the different people interacting with the DAD system, the ease of use is clear. It’s completely fail-proof.”

“We consider many aspects of our radio operations to be quite uniquely ours,” Nestler added. “We’re extremely pleased with DAD because we have found it to be versatile and adaptable to our needs.”

Founded in 1983, ENCO pioneered the use of computer-based, digital audio and program automation for radio station and TV studios. The company has since evolved its product line to cross all aspects of today’s automated broadcast and production workflows, including closed-captioning, visual radio, audio compliance, instant media playout, remote contribution, and cloud-based web streaming. Its two flagship systems, DAD and MOM, bring the industry’s best reliability, cost-efficiency and intuitive operation to automated radio and TV operations worldwide. ENCO is headquartered in Southfield, Michigan USA and retains a global distribution network, plus a growing network of partnerships with complementary industry vendors. For more information, please visit: www.enco.com.