SANTA MONICA, Calif.—Singer/songwriter Ian Bern is the latest addition to Killer Tracks’ groundbreaking Artist Series. The Nashville-based artist has drawn strong reviews for his debut single Enough/It’s Not You on B3SCI Records.  Killer Tracks is announcing this new deal with a special promotion on Spotify that includes a chance to win a signed 7” vinyl.

“Our Artist Series is home to trend-setting, up-and-coming artists,” says Killer Tracks Director of Marketing Andrew Donahue. “It provides new artists with invaluable exposure and content producers with access to cutting edge music from stars in the making like Ian Bern.” 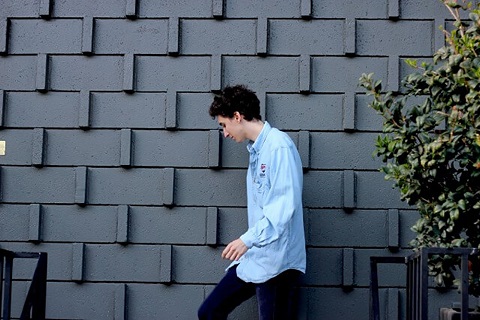 Bern’s music draws influence from classic rock and Brit pop, but it’s delivered with a distinct, modern spin. His debut single Enough, was recorded at WAX LTD, Hollywood—whose rich past includes sessions with the likes of Jimi Hendrix, The Doors, and Velvet Underground—under the stewardship of multi-platinum producers Wally Gagel and Xandy Barry (Zella Day, Blondfire). The Wild Honey Pie says Bern “evokes rock history while maintaining a firm grip on the present.”

Bern cites Tom Petty, Bob Dylan and early rock pioneers among his influences. “My dad had a large Beatles songbook and an acoustic guitar that he’d play,” he recalls. “That probably planted a seed.” Bern is currently working on a full-length album and plans to follow that with touring.

“Ian is generating a lot of excitement and we expect him to break out,” says Donahue. “We’re very happy to partner with him at a very early stage in his career.”

Killer Tracks releases new music through its Artists Series on a regular basis. Past releases have included work from Shiny Toy Guns, Luke McMaster, The Mutants, Rev Theory and Alex Band.  “The production community depends on us to discover the coolest new artists and tracks and provide pre-cleared, easy access for licensing,” Donahue says.  Licensing for Ian Bern is available exclusively through Killer Tracks.