SANTA MONICA, Calif.— Killer Tracks Production Music has just released a new, specially-commissioned album of patriotic-themed tracks from multi-platinum-selling composer and pianist Jim Brickman. Freedom Rings features 10 American classics plus two original tracks, performed with the originality, grace and emotional depth that have made Brickman one of the most popular pianists of his generation. The tracks are available for licensing through Killer Tracks.  The album can also be purchased commercially through www.jimbrickman.com (for physical CD’s), or iTunes as of July 1, 2016.  Currently, Freedom Rings is being featured exclusively on Pandora from 6/23/16 through 6/30/16.

Brickman applies his signature touch to This Land is Your Land, Shenandoah, Simple Gifts and seven other standards. His original song Victory is dedicated to the men and women of the armed forces and others who serve their country, while the original Amber Waves was inspired by his experiences in touring the United States. “It’s amazing to live in a country where you are free to travel through landscapes rich in lakes, rivers, oceans, mountains, forests, prairies and deserts,” Brickman says. 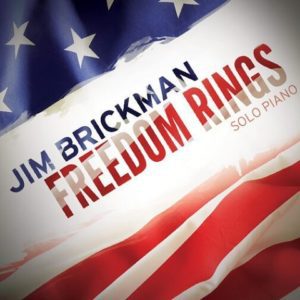 Brickman began his career as a composer of music for advertising and has long enjoyed success in music licensing. His works have been frequently featured in movies, television, commercials and other media.

The most-charted male artist in adult contemporary music, Brickman is credited with revolutionizing the sound of solo piano with his pop-style instrumentals and star studded vocal collaborations. He has worked with many of the world’s most gifted musical artists including Martina McBride, Gerald Levert, Lady Antebellum, Michael W. Smith, Kenny Loggins, Carly Simon, Herb Alpert, Collin Raye, Michael Bolton, Sara Evans, Donny Osmond, and Olivia Newton-John. He has produced six Gold or Platinum albums and is a two-time Grammy Award nominee. He is also the winner of a SESAC Songwriter of the Year Award.

With the Summer Olympics fast approaching and the political season in full swing, the patriotic tones of Brickman’s stirring new release should be music to the ears of content producers. “Jim has a unique piano style and it’s wonderful to hear his contemporary interpretations of these classics,” says Killer Tracks Vice President of Production Carl Peel. “These tracks are timeless and we are proud to offer these classics to our clients.” 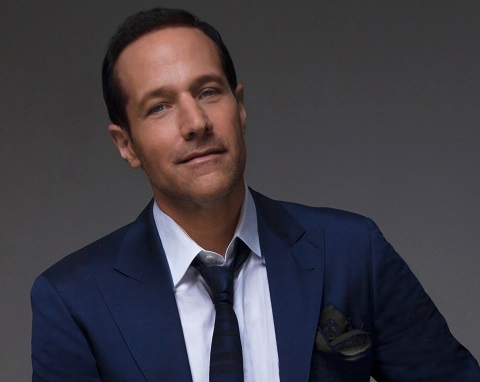 Jim Brickman is a popular musician, songwriter, entertainer, broadcaster, producer and entrepreneur. As America’s much-loved piano sensation, Brickman is the most charted male AC artist to date, and has earned four gold albums. He is known for his solo piano compositions, pop instrumentals, and vocal collaborations with artists including Lady Antebellum, Martina McBride, Michael W. Smith, Sara Evans, Donny Osmond, and Olivia Newton-John. He has earned two GRAMMY nominations, a SESAC “Songwriter of the Year” Award, a Canadian Country Music Award, and a Dove Award. His music distribution deals with Amazon, Target, Bed Bath & Beyond, Walmart, and Costco have made Brickman a household name around the world. His weekly radio show, The Jim Brickman Show, debuted in 1997 and is now heard in more than 80 markets in the U.S. and Canada. For more information on the artist, please visit www.jimbrickman.com.