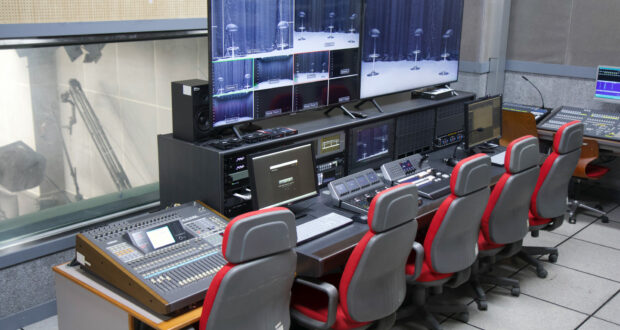 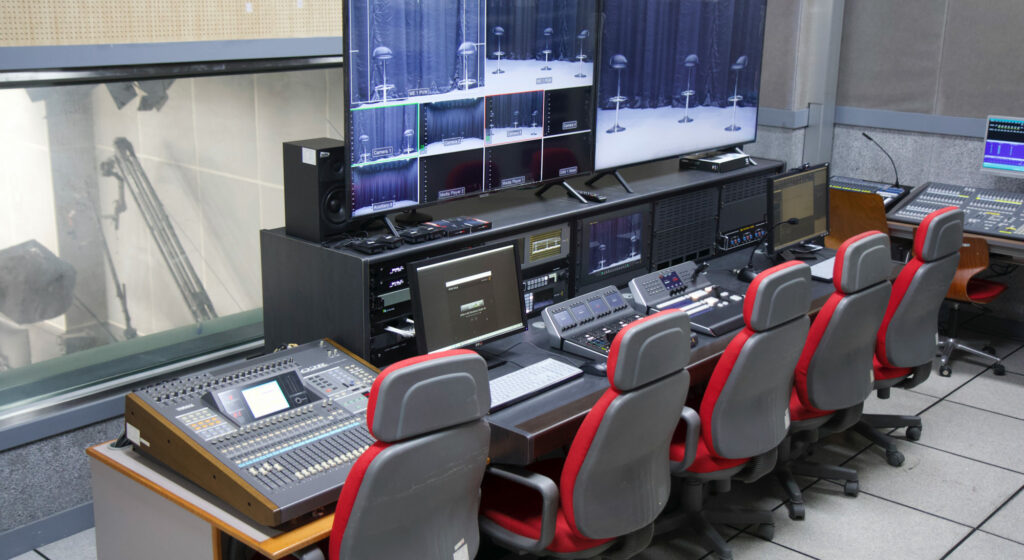 The Korea Animation High School is located in Hanam, South Korea and has provided three grades of secondary education in various creative and art mediums since its opening in 2000. Students at the school are taught to express their freedom and creativity, while learning on the latest professional technologies.

The new Blackmagic Design broadcast workflow, which includes three URSA Broadcasts along with the ATEM 4 M/E Broadcast Studio 4K and ATEM 1 M/E Advanced Panel, will be used with the school’s Department of TV & Film Production to provide a curriculum of practical learning using broadcast content. Content produced by the students in the studio is then show to all students at school gathered together. The Blackmagic Design products will also be used by students to eventually broadcast and stream school events.

“Over the past year, we reviewed many cameras from different brands for building the new studio system. Criteria for selection was not just the features of the cameras themselves but also how it would fit in the whole system and space we’d planned,” said Mr. Park Sung Min, Teacher, Department of TV & Film Production. “We decided to go with a full Blackmagic workflow because we thought the system would provide a compact, easily configured and powerful SDI set up that would give the students experience on the same technology being used by high level professionals.”

He continued, “Each of our students can create video content in any genre they like, since we are dedicated to allowing them to grow as artists. Students get to experience the actual workflow of planning and producing the content themselves, and in the course of it, they get practical experience on a professional broadcast system. The Blackmagic equipment is not only powerful, but is also easy to learn. This means our students can focus on learning and creating instead of trying to figure out new technology.”

Beyond the URSA Broadcast use, the Department of TV & Film Production faculty were excited to be able to have students work on a high end switching platform such as the ATEM 4 M/E Broadcast Studio 4K. Because each student is given the freedom to be as creative as possible, the ability to have a switcher able to handle a wide number of inputs and outputs while still being easy to use was very important.

The school was particularly happy that students would be able to take advantage of the broadcast level features available, including SuperSource and a built in media pool. And when used along with the ATEM Camera Control, students will have the ability to learn how a standard multicam live production workflow can be used to meet their artistic visions.

“With the ATEM 4 M/E, it is solid in basic features such as transition effects, keyers, DVE, and Multiview, along with the built in media pool to use the still frame and graphic sources instantly,” said Park Sung Min. “We are also excited about the potential of the students using SuperSource. They are so amazingly creative and I am really looking forward to seeing what they can do with the ability to add four layers of video sources and picture in picture.”

“The Blackmagic products provide us with value over the budget we had. It has all the required features for student learning and, going further, is cost effective enough to build a whole system for broadcasting. In addition, it seems to have more synergy, balance and harmony in the whole system using main products as switcher and cameras all come from Blackmagic.”