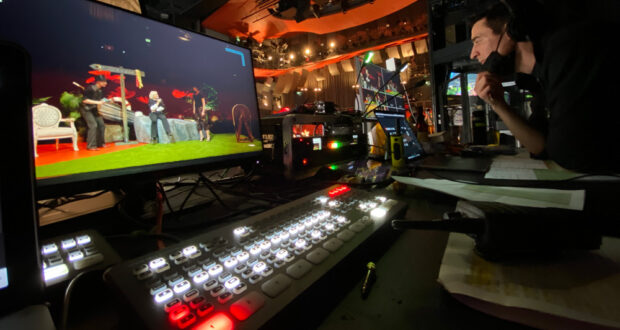 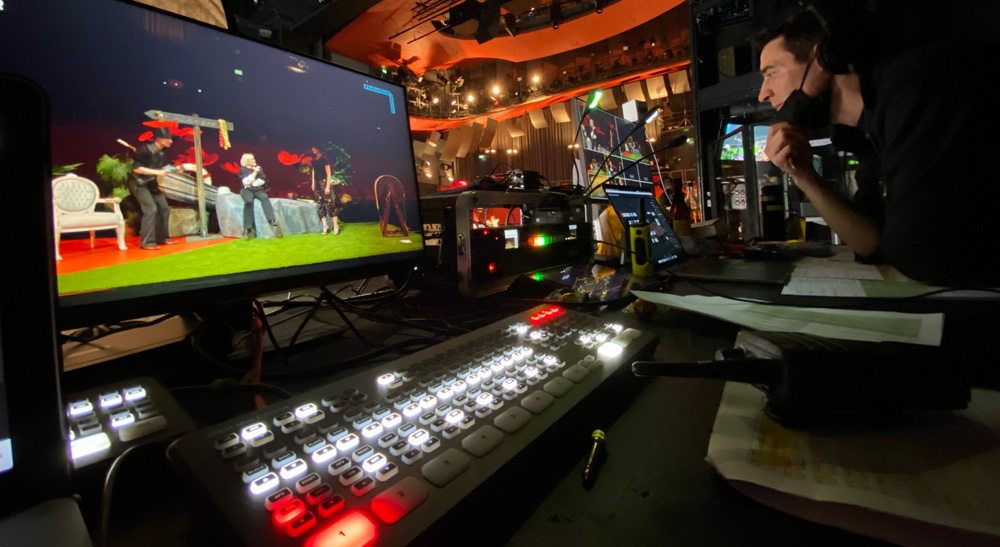 The 12 hour event was designed to show support for artists and professionals involved in Potsdam’s cultural scene, which has been brought to a standstill by the global pandemic.

More than 150 local performers and speakers delivered a diverse program of entertainment, music and panel discussions, taking place across five different venues throughout the city.

Live specialist Wir Streamen took responsibility for designing a streaming workflow that would capture all of the productions for a non stop YouTube broadcast. “We needed a flexible but robust live production hub that would be able to handle multiple content streams, but without taking up valuable performance space,” explains Robert Klix, Wir Streamen.

The main production desk was set up at the Hans Otto Theater, where a six camera package rigged on rails and dollies moved around the auditorium to capture performances set up across the space. Signals were delivered to an ATEM Mini Extreme for the room’s PGM mix.

Performances from smaller clubs around the city were brought in via several ATEM Streaming Bridge units and vision mixed on an ATEM Mini Pro. The h264 program mix was then shared with the main production unit.

“When we wanted to splice in feeds from the other venues, it was simple and effortless to bring these into the main PGM, making what could have been a very complex mix incredibly smooth,” continues Robert. “Keeping the entire livestream within the ATEM Mini workflow meant that we knew each part would integrate together with minimal delay or obvious jumps in production, as we switched from venue to venue.”

The Wir Streamen team also used the ATEM Mini Extreme to record a clean feed and also deployed the Blackmagic Mini Converter SDI Distribution to split the feed out to eight monitors throughout the theater complex.

“The huge range of features that are packed into the ATEM Mini Extreme is so impressive, and it really was the heart of the production desk; not only from a content production point of view but also as our mechanism for keeping all of the team informed throughout the live stream,” continues Sebastian Anders, Wir Streamen’s video specialist.

He concludes: “This was one of the first wholly digital cultural festivals in Germany, and the response from those watching the live feed was fantastic. It was great that the event was able to benefit from a professional, high quality stream that showcased the artists’ performances perfectly.”