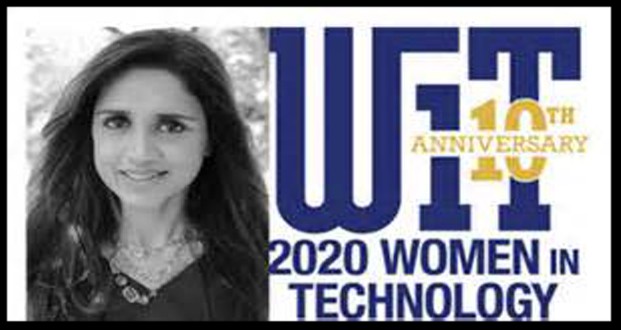 latakoo president Jade Kurian has been named a Women in Technology Futurist by TV Newscheck, a leading publication on the broadcast industry. Kurian will accept the award at the 2020 NAB Show in Las Vegas on April 22. “I’m incredibly humbled and honored. Thank you to TV Newscheck and thank you to all the people who support me and our team at latakoo,” said Kurian. “I’m surrounded by a brilliant team, hard-working and kind people who do great work for our clients every day.”

latakoo was started by Kurian and co-founder, Paul Adrian, both television journalists looking for a solution that would make it easier for broadcasters to transfer video files quickly. Kurian worked as a television journalist for 20 years and was one of the first to work for a news outlet dedicated to broadcasting fully in HD. Her frustration in sending large, HD videos on deadline led her to seek out new technologies that would simplify and streamline the process.

That inspiration lead to the creation of latakoo nearly 10 years ago in Austin, Texas. Kurian sold her house and plowed her life savings into the company, which today serves thousands of working journalists including some of the world’s largest broadcasters and post-production companies. Kurian leads latakoo’s operations and development process, continuing to solve the pressing needs of broadcasters and content creators. She has worked in all facets of video workflow, from codecs and formats to editing and transfer. Kurian is a primary inventor on the company’s first patent. latakoo’s latest features include transferring files from remote locations around the globe, directly to a station’s asset manager ready for playout; the ability to quickly transfer a series of proxy files directly to Avid media composer and the development of mobile applications that include transfer and editing capabilities.

“Traditional broadcast vendors develop technology for technologist and while that’s great for some products and services, it can be overly complex and it does not serve all of the people involved in the entire news, broadcast and production workflows. We are continuously rolling out technologies that makes life easier for all users,” says Kurian. “That is what motivates me, serving all the people in the process. We know the pain points in the workflow and we know that the engineer, the producer, the reporter all have unique knowledge and experiences. We want to empower all of them.” latakoo has been growing rapidly over the last year, with expanding services to Nexstar Broadcasting, the largest US station group with stations using latakoo in a 111 markets, along with a broadening list of clients in Europe.

latakoo is a cloud-based platform that is the fastest, easiest and most secure way to get video from anywhere to anywhere, regardless of connectivity or file size. Using the latakoo Flight mobile or desktop application, broadcasters and post-production companies can select video from editing programs, professional cameras, or phones and send files from anywhere in the world directly to the broadcast center. latakoo securely complies with corporate firewall and security standards and integrates seamlessly with asset managers such as Avid, Dalet, Grass Valley and bitcentral systems. Customizable metadata collection and transcription are part of the integrated solution. This means any metadata associated with the file travels with it – to the cloud for sharing and ingested into the asset manager. Through its flexible and easy-to-use system, latakoo can be configured to meet your unique video workflow. latakoo delivers video wherever it’s needed with seamless integrations to CMS providers, social media platforms and more. Closed captioning can be implemented for both broadcast and social media workflows. latakoo is launching Manifest, which will track an assignment from concept to delivery, with notifications when files are ready to share or send to playout. latakoo is packed with the most sophisticated technology and supported 24/7 by people who live and breathe on your broadcast deadlines, just like you. latakoo is Avid Platform Certified and an Avid Alliance Partner.