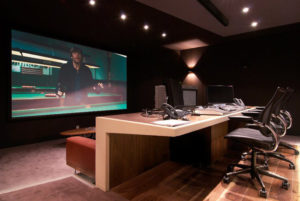 Tim Morris, partner and head of VFX at Windmill Lane comments, “Windmill Lane has built a global brand as a credit to the talent we employ and the forward-thinking approach to managing workflows. Our team embraced the promise of digital cinema cameras long before the more traditional post-production facilities did, and in doing so, we designed some of the most sophisticated processing workflows in the industry. Essentially we run a digital lab that mirrors the film labs of yesteryear in terms of processing rushes over night for delivery in the morning, with reports and look-up tables. With the addition of EditShare, we have put our lab on an advanced media infrastructure that accelerates production on all fronts, amplifying the benefits our world-class post production facility brings to clients while also allowing us to maintain competitive pricing models.”

Heralded as a cornerstone of creativity for over four decades in Ireland, Windmill Lane became world renowned for its recording studio, music video production and commercials in the 80s and 90s, with founder James Morris branching out to set up The Mill in London in 1990 and TV3 in 1998. Since then, the company has developed into a formidable force both in the Irish and international markets for its passion and expertise in commercials, feature film, TV drama and content creation. 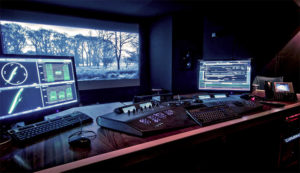 Due to the breadth of services offered, projects often leverage multiple departments across Windmill Lane, a reality that ultimately resulted in many disparate workflows and a need for simplification throughout the facility. Initially, each department had its own storage infrastructure, making it challenging for other departments to share content and control versioning across workgroups. By implementing EFS across production and near-line in concert with Flow media asset management, media became easily accessible and shareable across departments, a marked improvement from past processes.

“Before we brought EditShare on board, departments had their own storage, and if we needed another department to work on footage the whole project would have to be moved onto the network. The result was multiple copies of the same thing and in different states of post production living on different storage environments,” says Gareth Rennicks, technology manager, Windmill Lane. “Just managing the whole thing was very difficult because you’re moving across the network, copying, pasting, changing; tracking the whole thing was a nightmare. EditShare is really what we were looking for, it enables building-wide accessibility and collaboration without sacrificing system performance, which is absolutely critical for our success.” 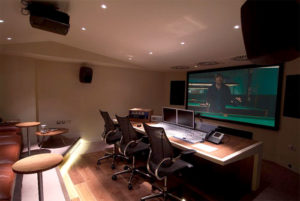 Tim Morris elaborates on the improved mobility of media, “It was not only moving files amongst our facility, but moving files to other media companies around the world that we needed to improve. The disciplines we require, but also the ability to move data around, is why we went for the EditShare solution.”

Much of Windmill Lane’s ingest work was left to the grading department, which utilizes Baselight systems, creating workload congestion for the technicians. Because the department was often ingesting daily rushes from feature films, the task often fell on them for the whole building. The time consuming process naturally cut into the working hours that colorists could spend on projects.

Rennicks continues, “The turnaround with feature films and commercial projects is incredibly tight – the grading department doesn’t have the time or resources to also function as an ingest department for the whole building. With Flow, we’ve automated this process and moved it away from the grading department. That’s the beauty of the EditShare media environment, it eliminates admin bottlenecks and lets the creatives focus on the creative.”

©2018 EditShare LLC. All rights reserved. EditShare® is a registered trademark of EditShare.