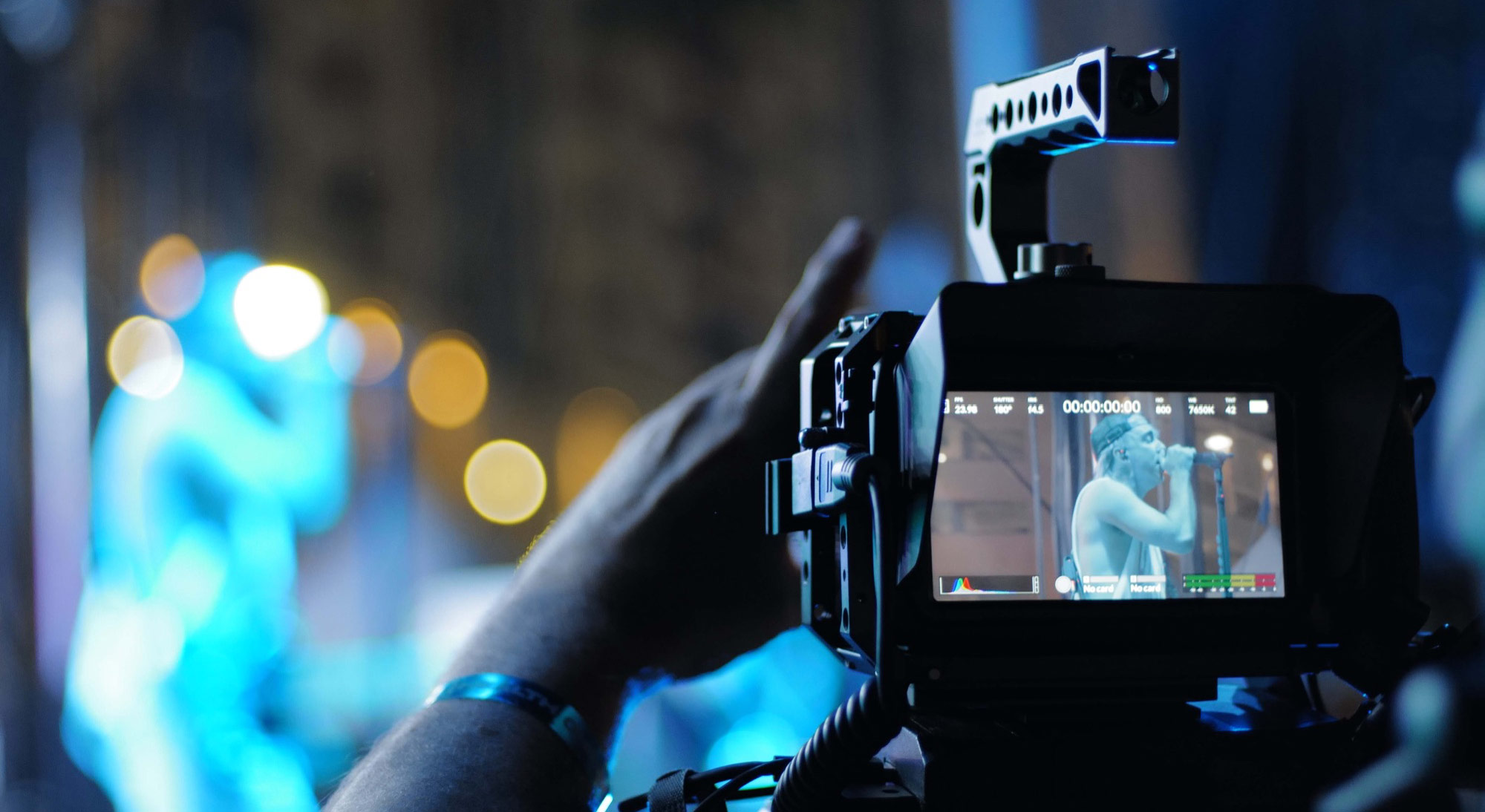 LA based Fortress Entertainment is a leader in music live streaming and broadcast production, having worked with some of the biggest artists in the world, including Harry Styles, DJ Khaled and Charlie XCX. Two of its recent projects included the Life Is Beautiful festival in downtown Las Vegas, featuring Billie Eilish, Green Day and Glass Animals, and Outside Lands at Golden Gate Park in San Francisco, featuring Lizzo, J Balvin and Tyler, The Creator. With three stages and a host station, each festival was live streamed to millions of viewers exclusively in partnership with Twitch.

Fortress Entertainment Producer and Director Devin DeHaven and his team implemented 12 URSA Mini Pro 12Ks at each festival, equipped with a combination of EF, PL and B4 mounts to allow for a range of lenses. The cameras were divvied up between three stages, with each stage also outfitted with a Blackmagic Pocket Cinema Camera 6K Pro digital film camera on a slider for shots from the audience’s point of view or wide shots of the stage.

According to DeHaven, the Pocket Cinema Camera 6K Pros added a lot of atmosphere to the performances because they could be used inconspicuously from the audience’s perspective and allowed the team to get shots of the stage through the heads and hands of the crowd. Three Pocket Cinema Camera 6K Pros were also used at the host station for backstage interviews and special programming throughout the festivals.

Feeds from the cameras were sent to a control room featuring two ATEM Constellation 8Ks, each paired with an ATEM 2 M/E Advanced Panel, an ATEM 4 M/E Broadcast Studio 4K live production switcher paired with an ATEM 1 M/E Advanced Panel, and an ATEM Television Studio Pro 4K live production switcher for feeds from the host station. Two Smart Videohub 12×12 routers were also placed under each stage as a hub to centralize all the camera feeds and then route them to the switchers in the control room. 42 Mini Converters Optical Fiber 12G-SDI completed the workflow, sending the camera feeds down a fiber path to get to each venue’s front of house.

“Fortress’ use of Blackmagic Design gear has allowed us to reimagine how live music broadcasts and festivals are approached. Using Blackmagic Design products has matched perfectly with the Fortress approach to festival production, as both companies pitch disruptive methodology,” said DeHaven. “We have shifted focus to tools that allow more of the spend to show up on screen and that create a signature cinematic look, including cameras, switchers and cinema glass, while marrying a technical approach to leverage cloud control room solutions. This combination has allowed our festival partners to use less infrastructure, increase profits and have a lower resource impact on all the departments that a live stream touches.”

In addition to Life Is Beautiful and Outside Lands, the team at Fortress also used the same workflow on several other recent events, including Slipknot’s Knotfest on Veeps, Welcome to Rockville on Twitch and the Will Smith Philadelphia “Will” Book Tour Stop on Veeps, reaching several million views cumulatively.

“We’ve found the scalability and centralized control of Blackmagic Design’s products to be essential to executing our live strategy,” said DeHaven. “One major indicator of the success of our approach has been the universal love for the look and feel of our productions. Using Blackmagic Design products and cinematic lenses, as well as asking our directors and creatives to lean into a more docufilm approach, has set us apart from all competitors, giving viewers an experience more like being physically there. We’ve heard from multiple promoters, artist managers and platform stake holders about how amazing our broadcasts have looked.”

Festival Producer for Outside Lands and Life Is Beautiful Rae Livingston from Another Planet Entertainment, added: “Fortress is a dream to work with. They have that perfect combination of creativity and technical expertise. As an added bonus, their technology allows them to maintain a nimble production and low profile footprint which are critical when festival real estate is limited. Fortress gets in there, gets it done and makes it look amazing.”

Danny Hayes, CEO of Danny Wimmer Presents, which produced the Welcome to Rockville festival, concluded: “Fortress was able to bring elevated visuals to our live festival stream that reassured the artists that their image and performance were broadcasted at the highest level of excellence. Fortress made it easy to bring cinema styled techniques to a live music atmosphere.”