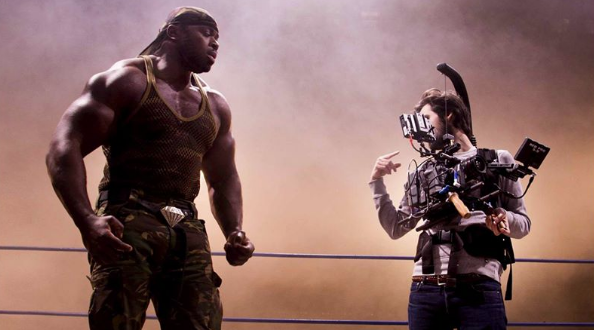 New York, NY — (February 21, 2017) — Commercial production company LightHouse Films based in NYC is excited to welcome director Romain Quirot, who will be represented exclusively in the North American market. Based in Paris, Quirot will bring his poetic, often light-hearted style of filmmaking to commercial and digital projects for LightHouse, expanding the company’s already versatile roster of directors.

Quirot began his career directing music videos, giving his approach to commercial work a compelling sense of pace, style, and artistic direction that drew the attention of major brands such as Lacoste, L’Oréal, Nestle, YouTube, and KFC. Quirot is also an established narrative filmmaker whose most recent film, The Last Journey of the Enigmatic Paul W.R, is about the sudden disappearance of the world’s only hope for survival. This short premiered at the 2016 TRIBECA festival, won the 2016 Grand Jury Prize at the Audi Talents Awards, and became a top 50 finalist for the 2017 Oscars.

“Romain has the ability to create highly stylized films with a touch of humor, which is truly refreshing,” says Thibaut Estellon, Owner/Executive Producer of LightHouse Films. Estellon adds that, “Romain does more than frame everyday life, he amplifies it, drawing viewers into an exaggerated world full of exhilarating moments that never rest.” Quirot is currently represented by Premiere Heure in France, and his original aesthetic has made him one of the most sought after young directors in Europe. Quirot has brought his distinct style to countless projects in France and throughout Europe, directing campaigns for agencies such as Ogilvy, Gad & SAATCHI, France TV, and Wearesocial.

“I’ve directed several campaigns based in the U.S., but am striving to work in the states more frequently,” says Quirot. “You can tell that LightHouse really takes care of their directors and guides them in the right direction. They’re building a roster of passionate, uniquely talented directors, and I wanted to be a part of that. I’m really looking forward to our collaboration and am confident that it will bring exciting opportunities in 2017.”

LightHouse Films has recently acquired new sales representation across the U.S. territory, strengthening their expansion plans for 2017, which includes new director signatures, as well as a reinforcement of the company’s presence in the North American market. LightHouse has been gaining a reputation as a company with a knack for finding and developing emerging, visionary directors with original skills and refreshing perspectives, all of which Quirot embodies.