Lino Russell Directs the World Debut of the Ferrari 488 Pista

Director represented in the U.S. by Accomplice Media, creates film for the high -performance car that is poetry in (very fast) motion.

Los Angeles—Ferrari launched its latest limited-edition road car, the 488 Pista, at the Geneva Auto Show this month with a film that gives viewers a taste of what it’s like to sit behind the wheel of a car that can do zero to 60 in 2.85 seconds and has a top speed in excess of 200 mph. The car features the most powerful V8 fitted to a street legal Ferrari ever.  Directed by Lino Russell, the film shows the 488 Pista rocketing around a racetrack and open roads in an astonishing display of speed, power and performance. 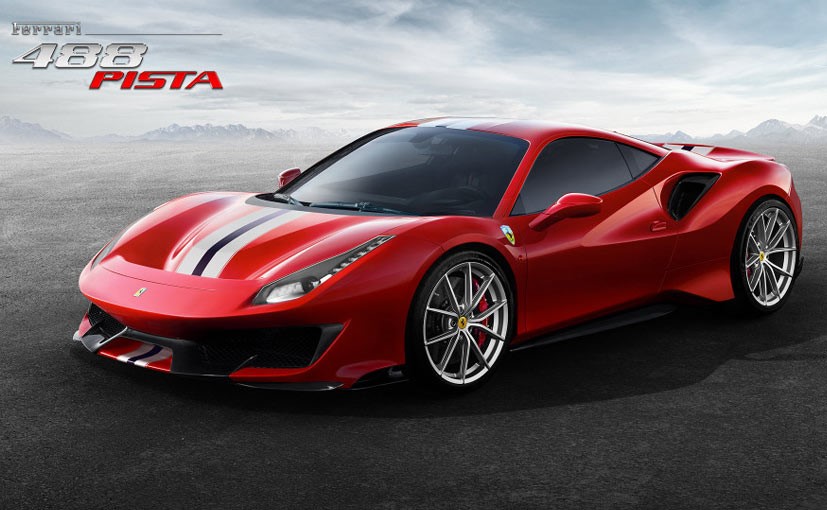 Russell, who is represented in the U.S. by Accomplice Media, does a masterful job in capturing the raw power, unbridled energy and unrivaled beauty of the car through a mix of inventive cinematography, visual design and artful slow motion. “The idea was to create the sensation of being in this car and feeling its 700 horsepower,” Russell explains. “It wasn’t just about showing that the car is fast—there are a lot of fast cars—we wanted to convey a special sense of exhilaration.”

Russell shot the film on a race track in Almería, Spain and hired veteran stunt driver Niki Faulkner to pilot the Ferrari Pista. “The car was a prototype and there was only one, so handling it was a huge responsibility for the whole team,” he says. “And we weren’t just driving it, we were doing extreme driving with the car, drifting and sliding. Niki is an awesome driver and knows Ferrari well. That was a huge help.”

Russell shot much of the precision driving footage with a camera car fitted with a Russian arm that was itself travelling at high speed. He also used a high-speed drone and cameras mounted to a high-speed chase car. “We had a bunch of strategies to make it exciting,” he recalls. “I prefer to shoot everything at actual speed, rather than to speed it up in post, so I try to put the cameras in a position where they are traveling as fast as the car.”

At several critical junctures in the film, the action shifts to slow motion. Those moments serve as exclamation points that give the viewer a chance to appreciate the beauty and agility of the car. “They are like frozen moments that allow you to see the power of the vehicle unfold in a completely different way,” Russell explains. “At one point, you see the brake disc glow. That’s something that happens quite often, but you don’t see it because it goes by so quickly.” Another slow motion scene shows the car passing through a patch of water with beads of liquid flowing in graceful arcs over its body. That is meant to emphasize its aerodynamics, Russell explains.

Toward the end of the film, the car heads off on a highway that winds through the nearby mountains. The obvious inference is that, while the Pista incorporates technology developed for Ferrari race cars, it is a consumer vehicle. “It’s not just for the track,” says Russell. “Most people are going to drive it on the road.”

That’s going to make for some exciting trips to the grocery store.