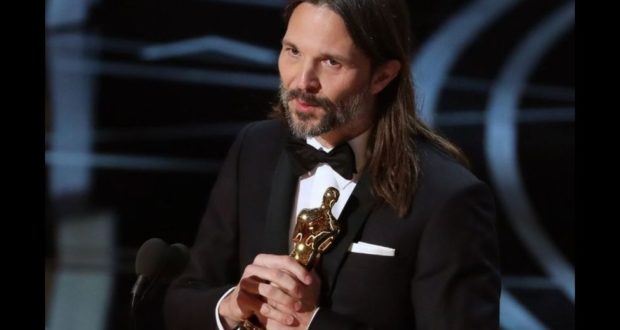 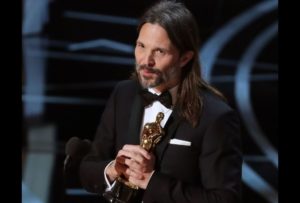 It seems that Linus Sandgren has been a bit overdue to win an Academy Award for Best Cinematography. Sandgren took it this year for his brilliant work on the film, La La Land. It is his first and he was up against such competition as Greig Frasier for Lion, Bradford Young for Arrival, Roberto Prito for Silence and James Laxton for Moonlight which ended up garnering Best Picture honors.

Sandgren, 44, who hails from Stockholm, has been the cinematographer on such previous films as David O. Russell’s American Hustle and Joy as well as Gus Van Sant’s Promised Land. Of winning the Oscar, Sandgren said that, “It’s amazing. I feel very honored. I’m most proud of the ‘Audition’ scene. It’s so simple but was quite complicated. It’s so intimate.” 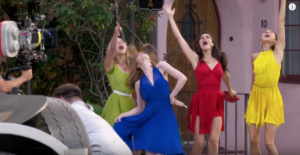 For La la Land, it has been a year of accolades and awards. In January, it received both Best Picture for a Musical/Comedy and Best Director for young Damien Chazelle. For this season’s Academy Awards, the film garnered a record tying total of 14 nominations and Chazelle won the Oscar for Best Director. The film’s 14 Oscar nominations tied it with All About Eve (1950) and Titanic (1997).

For Sandgren, working with Chazelle was something he had looked forward to. Chazelle, 32, hails from New Jersey, was educated at Harvard, and has been making some serious noise as a serious director despite La La Land only being his third feature film. This year’s Oscar win for Best Director has made him the youngest film director to ever win the award. Since it’s release world wide this past December, La La Land has taken in nearly $350 million at the box office.

While Chazelle was worried and wringing his hands about doing an old fashioned Hollywood musical, Sandgren was fired up as he said that he was “very excited to meet him and to hear his thoughts on doing a Hollywood style musical. I read the script and I thought it was really great. Then I met him and I sat down for a meeting and he played the music for me, which I totally fell in love with.”

Choosing to film the movie in a particular format had both Sandgren and Chazelle settling on making the film seem to have an older feel of Hollywood days gone by, especially for a musical. Sandgren said the format was chosen, “because of what Damien wanted to do with this film, and because he wanted it to be an homage to old Hollywood musicals, and the craft of filmmaking, and the craft of making music properly with instruments and not on synthesizers, he felt that the film had to be shot in the scope format, anamorphic, because he loves anamorphic lenses in general, and scope would fit the film. And then I felt it would be more appropriate to shoot it in 2.55 CinemaScope…” 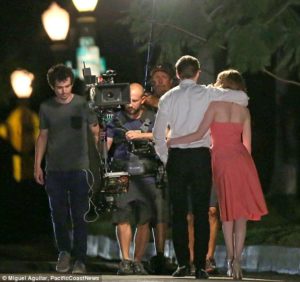 The duo also wanted to shoot with film. Sandgren told Movie Maker that, “It’s all shot on 35mm, but there’s a sequence shot on 16mm anamorphic. We agreed that Panavision would have the lenses for us that also spoke to us more as a classic Hollywood cinemascope lens. There’s many obviously modern anamorphic lenses out there and also older anamorphic lenses, but the Panavision lens is very significant for Hollywood movies, I think. So we went with Panavision XL2’s camera with anamorphic C series and E series primes.”

Chazelle wanted to do as many first takes as possible, especially the dancing scenes, and he wanted them shot in a head to toe manner. Whatever happened on screen, Sandgren said, was what ended up on the film from the walking to the singing to the actual dancing in the scene. From Sandgren’s point of view, they had to get creative because, “Damien really wanted to capture a lot of scenes—as many as possible—in single takes to let us as an audience travel in space, and experience it as humans in the space for real. The camera then needed to move very tightly in or very wide, which would have caused problems with anamorphic lenses because they normally go three feet for close focus. So we had Panavision make a special 40mm anamorphic lens for the purpose of being able to go close to things. They made a special lens for us that had a much closer focus, so that we could get closer to hands and stuff and then pull out to wide shots.”

For Sandgren, the film accomplished what they had wanted it to look like and that was the look and feel of a musical that had been made back in the 1950’s. The results, it seems, were spectacular and, on Oscar night, Sandgren, and the film, got their due.


AlertMe
Kevin Sawyer
Mr. Sawyer is a freelance writer, editor and journalist from Tampa. He has written thousands of articles for hundreds of magazines and news sites on countless topics including science, the media and technology. He is also the author of many white papers, special reports and ebooks covering a wide range of subjects.
Latest posts by Kevin Sawyer (see all)
2017-02-27
Kevin Sawyer
Previous: SPROCKIT in your Pocket! #NABshow 2017
Next: Maine Public Broadcasting Upgrades DTV Network with GatesAir Software-Defined Exciters