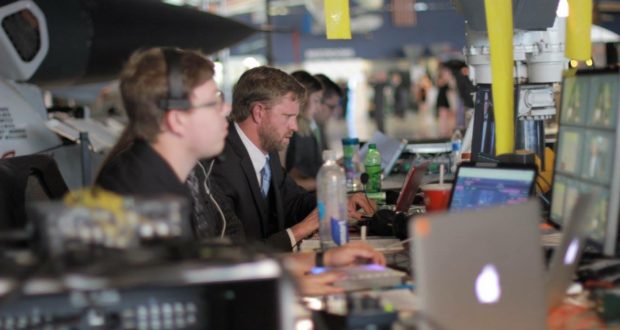 MOUNTAIN VIEW, CA – For its online coverage of the regional Heartland Emmy Award gala, producers literally had to be in two places at once. Each year, the Heartland Emmy awards, honoring excellent media content, are held simultaneously in Denver and Oklahoma City. To make the show as dynamic as possible, video production company, Denver Media Center (DMC), wanted the live video event to reflect the dual-location nature of the awards gala with real-time live feeds from each location.

Th Heartland EMMY Chapter galas were streamed live to the organization’s Facebook page (www.facebook.com/HeartlandEMMYS/) from the Wings Over the Rockies Air & Space Museum in Denver and from the Heritage Center in Oklahoma City. With one TVU One mobile IP transmitter in Denver and one in Oklahoma City, and TVU receivers in each location, DMC switched its coverage live between the cities for air on the Facebook page. 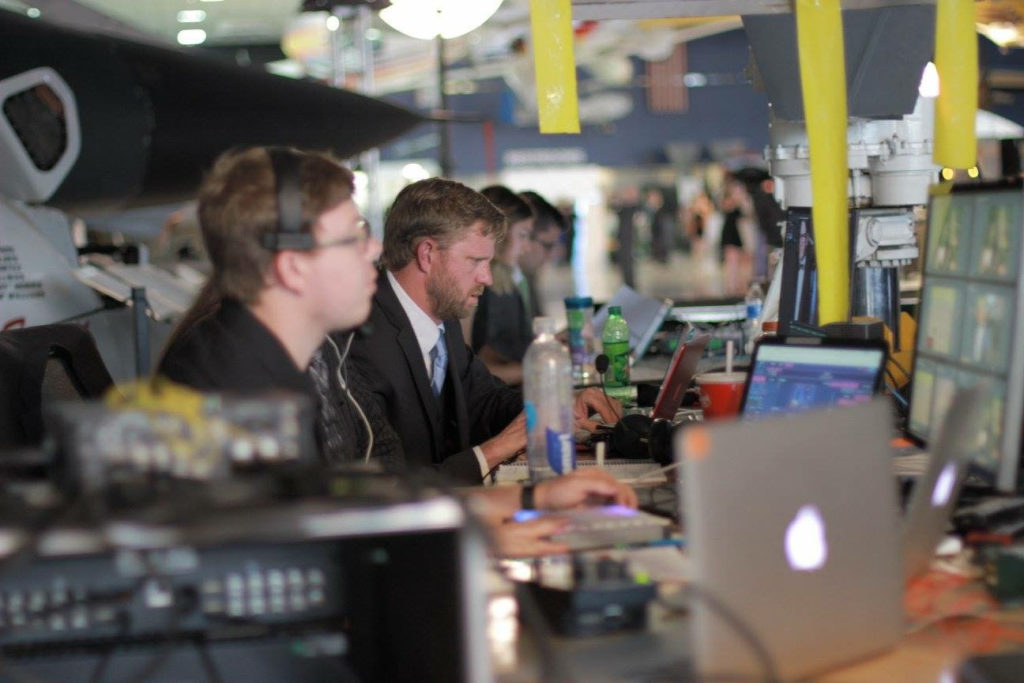 DMC live coverage of both galas includes speeches from award winners and red carpet walks from Oklahoma City using TVU Receivers and a video switcher. The receiver in Oklahoma City took in the master feed from Denver. Using the TVU One transmitters, feeds from both locations were distributed back and forth for creation of the live master feed, which was switched and streamed to the Facebook page out of Denver.

While DMC has produced the Heartland Emmy Awards for the past five years using TVU Networks’ equipment, the arrangement this year was a significant expansion over past years. “The first year we produced this show, we used just one transmitter in Denver and a receiver in Oklahoma City,” said DMC Co-owner Nick Arnold. “We didn’t cover the speeches or red-carpet highlights in Oklahoma City at all. Adding a receiver in both locations and a transmitter in Oklahoma City really opened up the back and forth and created a much more exciting main show.”

The amount of views on the Heartland Emmy Facebook page for this year’s gala back that up. Arnold reports over 1,000 views on Facebook, which includes a growing number from areas previously not engaged with the event.

“The Heartland Emmy Awards cover a wide section of the country,” added Arnold. “Many of the Oklahoma stations don’t attend the ceremony or submit their work for award consideration. But since the live Facebook stream from both locales this year, we’ve seen participation rise dramatically from the Oklahoma chapter. The number of people becoming members and submitting work for award consideration has gone from very little to where they’re now a huge part of our membership.”

Currently, the Heartland Emmy’s are the only Emmy show that includes multiple locations, even though other TV chapters also cover multiple large cities, particularly in the Western U.S. “We’re pioneering this idea of including more than one city in your live Emmy telecast,” said Arnold. “It’s a great model to produce a multi-location event and increase participation. With live feeds that incorporate multiple cities, everyone becomes a part of it, and they get more involved and excited about the event.”

He said after seeing the new TVU Networks’ gear at the Rocky Mountain Audio Video Expo in late October, he’s anxious to put it to work on future projects: “The TVU equipment gets increasingly smaller and easy to use year after year. The portability they provide gives us a lot of options.”

Already in use by hundreds of leading broadcast organizations around the world, the TVU Networks family of IP transmission solutions give broadcasters and organizations a powerful and reliable tool to distribute live video content to broadcast, online and mobile platforms. The TVU Networks suite of solutions has been used to deliver professional-quality live HD footage of a number of important events around the world including the World Cup, both Summer and Winter Olympic Games, U.S. presidential elections, natural disasters, the 2013 Papal conclave, the Super Bowl, the 2015 Papal visit to the United States and several international sporting events.  For more information about TVU Networks solutions, please visit www.tvunetworks.com.