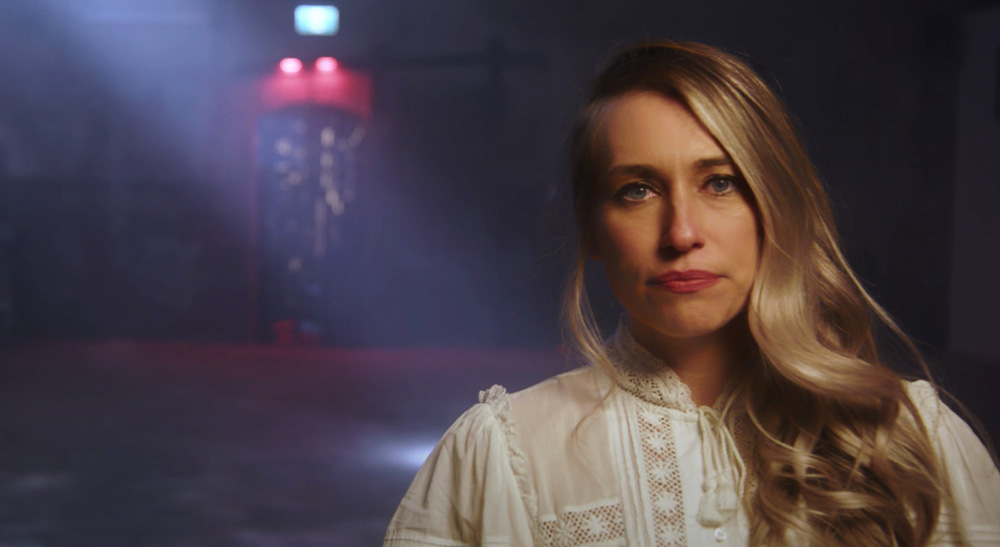 Cran explained, “When we were in the warehouse, I knew that we couldn’t have shot the video without the URSA Mini Pro 12K. We had someone holding the lights following Chantelle as she was walking forward, and we were tracking backwards on a dolly. The color representation in that scene was just perfection, and it was all thanks to the URSA Mini Pro 12K’s dynamic range and advanced color science. We shot the video in 8K and the quality of the footage was unmatched.”

“I was amazed with how clean the footage was, even the darkest shots,” he added. “In direct light, nothing looked washed out, and the black levels were perfect without a lot of noise. Shooting in Blackmagic RAW, we were able to work with the footage in post easily and quickly, even on a mid range computer.”

To edit and color grade the music video, Cran relied on DaVinci Resolve Studio. “When editing, the simplicity and streamlined design of the cut page helped tremendously. I was able to quickly move things around the timeline without becoming disorganized. I also took advantage of the sync bin feature to easily line up the song’s audio with the footage,” he said.

Lot2 Media’s editing workflow also came into play in conjunction with the ATEM Mini Pro ISO for a local yoga studio’s live streams. Lot2 Media has helped its clients embrace live streaming in a response to COVID-19, relying on Blackmagic Design gear to power the projects. Since December 2020, they have shot and uploaded more than 100 yoga classes to the studio’s YouTube channel.

“The Pocket Cinema Camera 4K and ATEM Mini Pro ISO work seamlessly together and then everything flows into post,” concluded Cran. “The ATEM Mini Pro ISO has been one of the most useful tools for us over the course of the pandemic. It saves us so much editing time, since our projects are all saved as DaVinci Resolve project files. With it, we can open our projects and quickly edit our videos, no matter what resolution or codec we’re shooting in. I’ve never seen anything quite as robust before, and the simplicity and ease of use are just immaculate.”