MainConcept, the leading provider of video and audio codecs, and Fraunhofer IIS, primary developer of the MPEG-H 3D Audio standard, have once again collaborated on digital video and audio technology that addresses the future of content distribution. At SET Expo, taking place in Sao Paulo, Brazil from 23–25 August, the two companies have prepared comprehensive demonstrations combining VVC video and MPEG-H Audio, adhering to the SBTVD (Sistema Brasileiro de Televisão Digital) TV 3.0 Standard, currently in the making. The TV 3.0 Standard will bring the most advanced user experience to the Brazilian TV market with immersive video and audio, as well as new interactivity options. 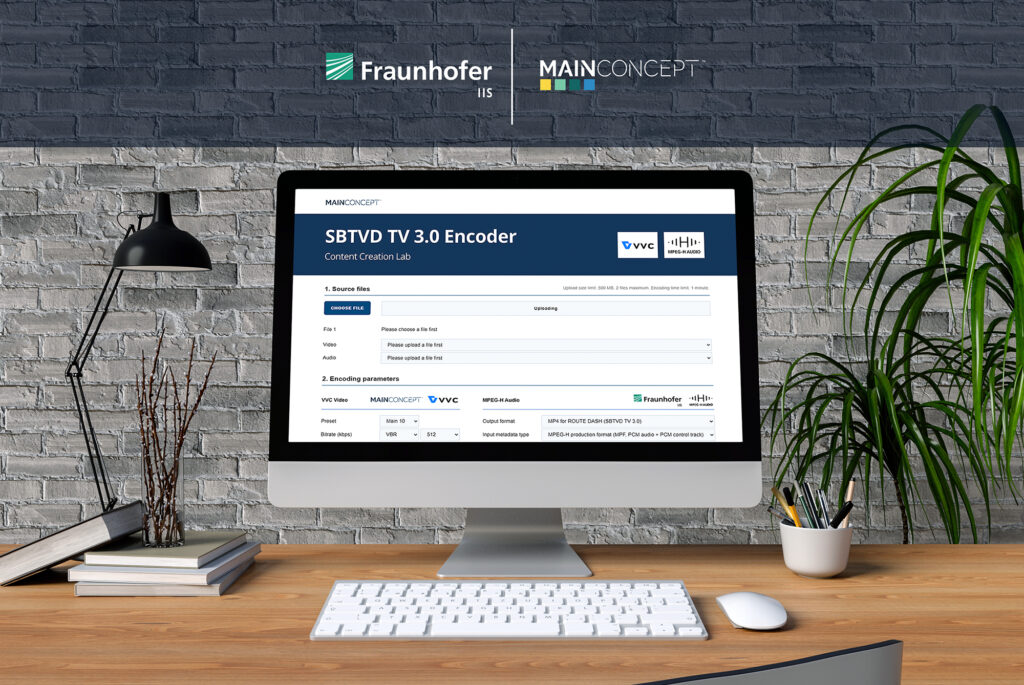 VVC (Versatile Video Coding) and MPEG-H Audio are the pinnacle in next-generation video and audio technology, respectively. Like predecessor video codecs HEVC/H.265 and AVC/H.264, VVC is designed to further performance and efficiency for digital video which will expand to more high quality use cases as well as usher in more practical applications for 8K and VR. Complimenting VVC, MPEG-H Audio carries audio into an entirely new realm, with immersive 3D sound that adapts to the listening environment in ways not heard before. The VVC standard was published in 2020 and is now being finalized for commercial implementation and public release. MPEG-H Audio has been included in the ATSC 3.0, DVB, TTA (South Korea) and SBTVD (Brazil) TV standards and is expected to be the primary audio system for UHD broadcast services across multiple geographies.

“Fraunhofer IIS is constantly working to evolve codecs that redefine the boundaries of audio technology. The MPEG-H Audio system is the latest in a line of technologies that bring new approaches from the lab to the market,” says Adrian Murtaza, Senior Manager Technology and Standards at Fraunhofer IIS. “The longstanding cooperation with MainConcept enables us to showcase how innovative technologies complement each other and deliver great experiences to a global audience.”

“Working with the Fraunhofer IIS team to bring VVC and MPEG-H Audio into compliance with the SBTVD TV 3.0 standard has set the stage for broader adoption of both technologies. MainConcept couldn’t be happier to collaborate with Fraunhofer IIS on this effort,” said Thomas Kramer, Vice President of Strategy & Business Development, MainConcept. “During three decades in the industry, MainConcept has played a key role in bringing new codecs to the broadcast market, and now our engineers are focused on perfecting VVC and MPEG-H Audio for expansive commercial deployments.”

The industry is still in the early days with VVC and, as with earlier video codecs, MainConcept has jumped to the forefront in terms of development. The demand for VVC will grow substantially in the coming years as MainConcept continues to work with customers and the industry at large to build upon early implementations, bringing improved efficiency and an expanded feature set to realize the codecs full market readiness.

These activities during SET Expo are just the latest in a series of collaborations between the research institution and MainConcept that include the release last year of the xHE-AAC Encoder Plugin for FFmpeg, and hint towards even more advancements in the future.

You can set up a meeting with the MainConcept team, available from 23–25 August at the Fraunhofer IIS booth, number D.63. Not long after SET Expo, MainConcept will give an even deeper look at VVC during the IBC Show 9–12 September in Amsterdam. If you would like to participate in their upcoming VVC beta release, record your interest via the beta inquiry form.

Since 1993, MainConcept has provided best-of-breed video/audio codec solutions for professional video production, multimedia, broadcast, digital signage, gaming, medical and security industries. Our software development kits, transcoding applications and plugins are used across industry verticals to meet an ever-expanding list of use cases. With world-class engineering, exquisite attention to detail, and best-in-class support and professional services, we are constantly innovating to deliver the simplicity needed with the customer experience you deserve. MainConcept codecs are engineered to surpass the challenges of even the most demanding use cases and are used by organizations such as Adobe, AVID, Autodesk, Corel, Dalet, Endeavor Streaming, Grass Valley, MAGIX, Nikon, PlayBox Neo and Sony. Visit www.mainconcept.com.