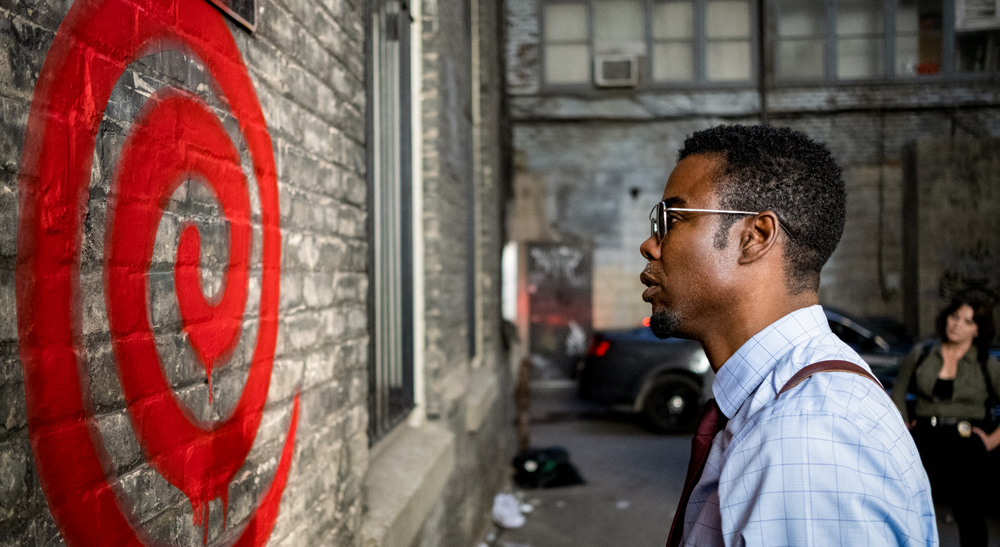 A criminal mastermind unleashes a twisted form of justice in “Spiral,” the terrifying new chapter from the book of “Saw.” Working in the shadow of his father, an esteemed police veteran (Samuel L. Jackson), brash Detective Ezekiel “Zeke” Banks (Chris Rock) and his rookie partner (Max Minghella) take charge of a grisly investigation into murders that are eerily reminiscent of the city’s gruesome past. Unwittingly entrapped in a deepening mystery, Zeke finds himself at the center of the killer’s morbid game.

“Fusion Studio has been one of our main VFX tools for years,” said López Funes. “For ‘Spiral,’ we frequently relied on its optical flow image analysis to create slow motion shots. When you slow down footage, there’s often missing pixels, so we used the optical flow tools to create and animate intermediate frames to smooth out the footage. The optical flow tools identify, duplicate and blend the new frames, as well as generate motion vectors to track them within the footage, so everything appears seamless to the audience.”

López Funes explained, “Throughout the film, there are several instances where an image is shown on a TV, monitor or security camera. For example, if a cop was looking up something on a computer, we used Fusion Studio to composite the image of the operating system on the computer’s screen. Depending on the sequence, we used Fusion Studio’s camera tracker and motion tracking tools to match the movement and stabilize the image so it could move perfectly with the shot. We also used the Delta Keyer for keying out the green and blue screens and creating clean plates, and the Luma and Primatte keyers to refine precise details, such as hair movement against the screen.”

“We used the 3D particle generator to create the clouds of smoke and tracked them using point trackers to the weapons’ barrels. We then created muzzle flashes by layering particles and forming them with masks. Together, the smoke and flash gave a very realistic effect of a gun firing,” López Funes concluded.

“Spiral” stars Chris Rock, Max Minghella, Marisol Nichols, and Samuel L. Jackson, and is produced by the original “Saw” team of Mark Burg and Oren Koules. The film is directed by Darren Lynn Bousman and written by Josh Stolberg and Pete Goldfinger.

Press Photography
Product photos of Fusion Studio as well as all other Blackmagic Design products, are available at www.blackmagicdesign.com/media/images.