Zulu
THE BEAT:
Home » News » Margarita Mix Gets in the Game with Kia for Super Bowl Spot

SANTA MONICA — Margarita Mix in Santa Monica, a FotoKem company specializing in audio post for commercials and advertising media, contributed expert sound services to Kia’s “The Truth,” which ran prior to and during Super Bowl XLVIII.

Kia’s “The Truth” begins as an unsuspecting couple approach a valet stand where they meet Morpheus, played by Lawrence Fishburne reprising his iconic role from The Matrix. He presents them with two choices: a blue key and a red key. Blue will give them status quo luxury as they know it, and red will leave them never looking at luxury the same. They choose the red key, get into the new Kia K900, and a startlingly luxurious experience unfolds. The commercial premiered on Kia’s YouTube channel on January 28, and aired during the third quarter of the Super Bowl. The spots are a return engagement for Margarita Mix and David&Goliath, who worked together on Kia’s “Space Babies” last year.

Award-winning mixer Nathan Dubin used a 5.1 mix to create a smooth, rich, sonic experience built on every action of the commercial. As the couple drives off in the K900 through a city at night, Morpheus reappears in the back seat to illustrate what luxury sounds like. He pulls out a pitch pipe, finds his pitch, and begins to sing the classic aria from “Nessun Dorma.” The power of his voice subsequently blows out building windows, sets off fireworks, and causes vehicles to levitate as the Kia passes down the street, each sound standing out cleanly. Dubin succeeded in escalating the audio mix with equal intensity as the video’s crescendo.

To watch the popular spot, go to: www.youtube.com/watch?v=Ob-wn52Dkmk 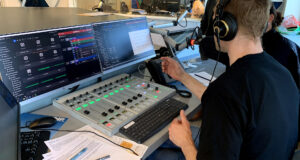 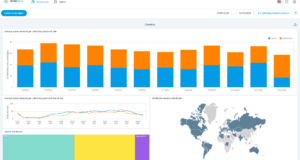