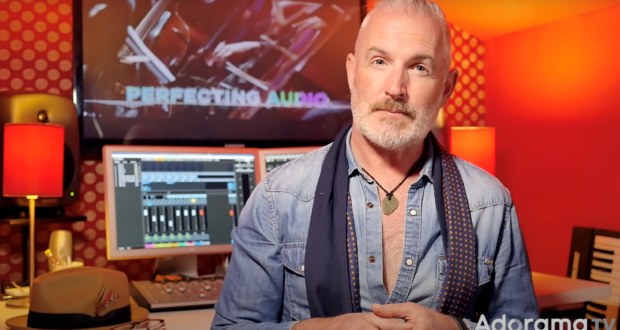 DUBLIN, AUGUST 18, 2021 – As with many audio engineers, music was an important part of independent Audio Post-Production Master Keith Alexander’s life. While he spent time in a band with friends in his teens, Alexander quickly realized that he really enjoyed the behind-the-scenes aspect of being in the studio recording with the band.

Today, Alexander works from his own post-production studio, NoiseMiner.com, where he handles audio projects for TV, radio, gaming, documentaries and film. He also works on content for the industry-leading equipment dealer Adorama, including the company’s “Perfecting Audio” series. Most recently, his Adorama responsibilities have shifted to the company’s new music and pro audio channel. With a full roster, Alexander turned to NUGEN Audio’s Loudness Toolkit and NUGEN Post bundles for every aspect of his working day.

It is important for Alexander to have reliable software to deliver the quality of work his clients expect. As part of his setup, Alexander utilizes a majority of the plug-ins from both NUGEN Post and the Loudness Toolkit. This includes the VisLM loudness meter, ISL True Peak limiter, LM-Correct loudness correction tool, Halo Upmix, Stereoizer stereo width enhancer, Paragon 3D convolution reverb, and MasterCheck mix/master optimizer. “I use NUGEN for all my work that includes film, TV, gaming and content creation,” says Alexander. “I’m an independent audio post mixer/engineer, which means I often have content delivered to me via online file-sharing services. I complete projects for game, broadcast and online content in my personal studio. With movies, I edit and pre-mix here and complete them on a proper stage.”

According to Alexander, the variety of complementing software provides him with a robust, full-service solution to tackle all his audio projects, especially those with loudness standards to consider. NUGEN’s ISL plug-in was the first of the group that Alexander used, and he was hooked. “It was unbelievable, and it just did the job right every time. That was the first True Peak limiter that I ever bought.”

Alexander first turned to NUGEN about 10 years ago, a result of the pro audio loudness rules that became standardized around the world. “Meeting the new standards gave audio more balance on-air,” continues Alexander. “The viewers were not blasted out by advertisements or other content just because clients wanted their content to be the loudest content in order to stand out on TV. Everything was at the same loudness level, and everyone was happy—clients and viewers.”

Once the industry began to embrace the new loudness standards, engineers were able to start focusing more intently on what they were mixing and not how loud it should be. Working to these new stricter loudness standards, Alexander found he needed state-of-the-art software to achieve his goals. This led him to add more NUGEN plug-ins.

While his NUGEN collection can be found in bundles, Alexander acquired the plug-ins separately, as needs allotted. Among these are Halo Upmix and Downmix, which he uses regularly for upmixing and downmixing, especially on documentaries, many of which focus on natural history topics. While there is not usually much budget for such documentaries, Alexander typically has to edit in stereo and then upmix to surround for international delivery purposes. It’s in these instances that NUGEN Halo Upmix enables him to deliver an accurate sound within the productions’ budget.

“Using Halo Upmix gives the production more legs internationally, because it produces a seriously accurate representation in 5.1 or 7.1, though it’s generally 5.1 that I deliver from Halo,” he explains. “The phase and everything within Halo Upmix is absolutely brilliant. I’ve been known to finish a stereo master in the studio, and then half an hour before we walk out the door, I’ll hand the client the 5.1 version that we made from that master. It just sounds amazing.”

For Alexander’s animation work, such as the short film Lady Betty, he chooses to work with NUGEN’s Paragon software for its natural nuance. “The responses from Paragon are just stunning,” he says. “After playing with the demo, I decided to use Paragon on the whole of the Lady Betty movie. I was totally blown away; it was great to have the creative flexibility to design and build each scene bringing Paragon in to make it sound so acutely real.”

As he moves forward with Adorama’s pro music channel, Alexander says he plans to spend more time with NUGEN’s Stereoizer software. “It gives me such width on my music mixes that I produce for my content. There is a lot of scope to play with stereo width in content creation that is just not possible to do in broadcast, so it’s great to have something that gives me that creative flexibility.”