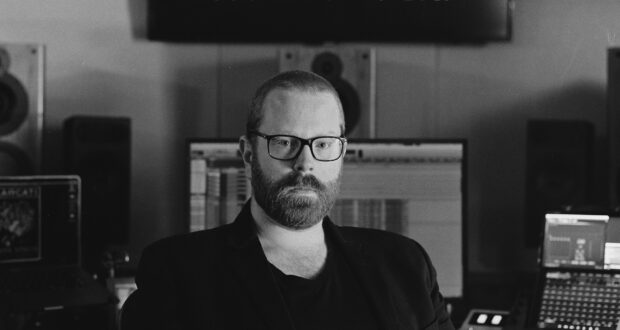 
CULVER CITY, CALIFORNIA, JUNE 17, 2021 – A trained pianist and saxophonist who studied music production at Berklee College of Music in Boston, Phil McGowan, CAS, knows a thing or two about the perfect piece of music. After having dabbled in writing and composing music, McGowan soon found that his true passion was in mixing and engineering, and he moved across the country to focus on score mixing. Today, McGowan can be found mixing, recording and engineering from his studio – McGowan Soundworks, where he works on highly popular TV shows, films and video games, such as Call of Duty Black Ops: Cold War. His credits also include streaming productions like Promising Young Woman, Ozark, Tina, Antebellum and Cobra Kai.

“I’ve always loved film music and had a passion for it; I came out here to LA specifically to do what I’m doing now, which is pretty cool,” McGowan says of his background. “I worked for a lot of different people for a while before landing a full-time gig on staff with Trevor Morris, running his mix studio in Santa Monica. It was there that I got to assist for several big scoring mixers, like Casey Stone, Shawn Murphy, Joel Iwataki and Jim Hill, all from whom I learned a lot. I went freelance in 2015, and I’ve been on my own ever since.” In addition to film scores, McGowan mixes and records album work. “I enjoy working on projects outside of the film world as well,” he adds.

With such a high-profile portfolio, McGowan must be vigilant to utilize only the best tools in the industry for his mixing. Among these are NUGEN Audio’s Halo Upmix, Halo Downmix and VisLM plug-ins. “I use Upmix quite a bit – that’s my main upmixing plug-in,” he says. “Halo Downmix is the main tool I use to create my stereo fold-downs on the fly, and I’ve recently been using VisLM quite a bit as well.”

The biggest task for any score mixer is “trying to make things sound better and sound bigger,” continues McGowan. “Between the composers, directors and producers, a great deal of work goes into the tone and sound of the music before I touch it. Even though I’m going to be making things sound even bigger and better, I have to be careful not to change the intent of the music, because that’s been very thoughtfully and thoroughly gone over. So, I’m just sort of enhancing their work, and NUGEN really ‘surround-izes’ those stereo elements well without changing the character.”

When it comes to his mixing technique, McGowan says, “I always have a template for every show. Before I start a show, I design a whole new template with a specific stem layout that I’m going to deliver to the dub. Pretty much every stem in my session has a Halo Upmix available to mix any elements that might be on that stem, whether it’s strings or brass or synths or various solo elements that I get. There’s usually anywhere from four or five to maybe 10 to 12 upmixers in my templates, one for each stem. I’ve used a variety of different upmixers. Some can add a lot of coloration to the sound, but Halo Upmix does a really good job of upmixing without being too phasey or dramatic; it’s very clean. Also, when I have “exact upmix” selected, any stem that I’ve put through Halo Upmixer will downmix pretty much perfectly and will sound like the stereo element that I received from a composer.”

McGowan explains that composers typically deliver stereo stems that came from their sequencer. “I like to mix those up in surround, but of course they need to crash back down to stereo for the soundtrack or if someone’s going to listen on just a stereo system. Upmix does a great job at making it downmix really accurately. It provides an upmix that crashes down really well and isn’t too complicated. I also love how the plug-in doesn’t have too many controls. It has the right number of parameters, but it doesn’t have a ton of stuff to edit, just enough to sort of steer the audio where I want it to be in the surround field.”

Following the upmixing, McGowan says, “I then always meter my projects, so I can see my levels and see roughly where I’m at loudness wise. Generally, I don’t have to meet any specs, because I deliver the music, which goes to the dub, where they focus on dialogue targets and all that. However, I like to accurately see where my loudness is on the music, and what that’s going to contribute to the final dub. So, VisLM is always in my session so I can get a good loudness reading, and I usually just leave it on the Netflix settings since that’s the spec I am working around the most. Sometimes I do things that are going to be put on YouTube, Spotify or iTunes and I really need to know the exact loudness target that I’m hitting. Loudness specs are so important in pretty much every medium these days, so VisLM was the obvious choice for that.”

After his loudness check, McGowan, who uses two Pro Tools rigs connected to an AVID MTRX, says, “I print stems across to my second Pro Tools rig over on my stem recorder. I always have Halo Downmix on that station, to fold down my 5.1 or 7.1 mix to stereo for a rough downmix for my clients to listen to remotely.” Even before the pandemic, most of the work that McGowan was doing was remote. “I am just here in my own studio, and I upload stereo mixes for people to review. They give me notes and then we go back and forth with revisions. Now, with COVID, nobody has come by for a long time, so everything has to be crashed down to stereo so I can put it on a file-sharing service. Halo Downmix is always used to make those stereo fold-downs. I put up NUGEN Downmix against other solutions, and I just thought it sounded better. That’s really important to me because my clients are usually listening to my rough stereo crash downs, so I need those to sound great ̶ and they do.”