M&E Is Ready for Object Storage 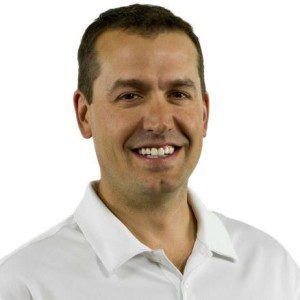 By Greg Holick, Director Of Cloud Storage Solutions at Quantum

With more ways to monetize content than ever before, media facilities have plenty of motivation to keep their digital assets accessible to production teams. Maintaining enough storage capacity to accommodate end-to-end production, repurposing and distribution workflows has proved, however, to be a tough challenge. The capture of more and more content of ever-increasing resolution puts pressure on storage capacity right from ingest, and subsequent processes such as editing and transcoding of large media files demand ever-greater performance from the storage system. The integration of object storage into the overall storage infrastructure is quickly emerging as a compelling alternative to investment in conventional RAID-based systems and nearline LTO tape-based solutions.

Although RAID technology has improved over the years, its advance has not kept pace with the demands of the modern media industry. As media companies scale out their storage systems to address their growing capacity and performance requirements, those that depend on RAID-based systems find that certain issues associated with RAID technology likewise grow larger.

Scaling up RAID storage systems to approach petabyte size, media companies either need to use more than a dozen disks or divide file storage across multiple RAID volumes. These options force users to choose between the risk of data loss from hardware failure, or an inefficient, costly and complex process for managing data consistency and integrity across multiple volumes. When failures do occur, the higher-capacity disks used to build these large RAID volumes require long rebuild times that can be costly in terms of time and system performance. Because upgrades of storage to denser disks usually require building a new RAID volume and migrating data from old to new data volumes, facilities also face the possibility of significant down time with each expansion of the storage system.

Like RAID storage, tape-based solutions have advanced over time. Still the least costly storage medium, tape can support petabyte-size stores of media content better than ever, particularly with the introduction of LTO 7, which boosts native storage capacities to 6TB. (This latest advance in tape technology, however, has already been outpaced by the release of 8TB and 10TB hard disk drives.) In applications requiring fairly swift access to media, tape presents latency issues that are difficult to overcome. First, there is the time required to mount and position a tape before the first byte of data can be read. Then, there is the fact that simultaneous access to media is limited by the number of tape drives that can be mounted at any given time.

With tape-based storage, the only way to perform off-site production is through vaulting, which not only increases latency, but also raises the time and cost of managing stored media, whether in an external library or at a facility such as Iron Mountain. The migration of content as tape generations change also can be complex and time-consuming, at the very least pulling drives out of typical operations in order to support the copying of media.

Unlike traditional storage systems that organize files in a hierarchy of folders and files mapped to blocks on disk, object storage presents a namespace of simple key and value pairs. By using a flat namespace and abstracting the data addressing from the physical storage, object storage-based systems offer more flexibility in terms of how and where content is stored and preserved. In fact, because object storage leverages the scale-out capabilities of IP networks, this addressing scheme allows media storage to scale indefinitely in a fluid and highly durable environment that is not tightly bound to underlying hardware components. Unlike RAID storage, object storage can be scaled up seamlessly to hundreds of petabytes, on the fly and with no down time, using nodes of varying sizes. Support for mixed-density drives allows the facility to make the most of its existing storage investment as it grows.

The self-healing and self-migrating nature of object storage ensures the integrity and availability of media files. In the event of a drive failure, the sophisticated data distribution and protection algorithms (erasure codes) that manage data storage enable a rapid rebuild within a matter of hours rather than days. In the meantime, the facility simply loses capacity. Data is not at risk, as the system automatically regenerates the data on other disks, and the decommissioned drive can be replaced without any urgency.

The flexibility, performance and reliability of object storage also give media companies the option of optimizing their primary tier of storage to deliver the high performance required by real-time operations such as editing, color correction, and audio sweetening, and then scaling out additional capacity with object storage (extended online storage) that offers low-latency access to content for non-real-time operations such as transcoding, rendering and archive. As additional content is brought into the workflow, the user can scale out this secondary tier of storage — rather than its more expensive primary storage system — while maintaining much better access speeds than would be possible with a nearline tape-based system. This shift can result in enormous cost savings.

Object storage systems can be scaled across multiple sites and access points, either to support geographically distributed operations or to provide offsite data protection. In effect, the media company can build its own private cloud and migrate storage from a single site to two or three sites. Small-file optimization and flexible policies enable users to establish three-site data replication in half the footprint required by other approaches. The speed of media file access exceeds that available through public cloud services, and media companies enjoy the peace of mind that comes with a dedicated storage solution.