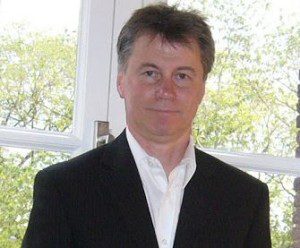 operational efficiency. They’re expected to do more—to create more content for more platforms and deliver it to more people—so they have to find new ways to secure revenues, differentiate services to earn audience loyalty, and deliver all these services at a lower cost.

One of the key routes to achieving this goal is through media asset management (MAM). Originally, asset management was seen as a low-level function, a means of keeping track of content, especially as the repository became a set of files stored on servers or in a data archive.

Today, the MAM system is seen as a key strategic investment. It provides wide-scale access to content, and it can take an active role in identifying and promoting content that has a revenue opportunity attached to it. And as the repository of metadata, it’s seen as the heart of workflow processes and automation. MAM should today be seen as the workflow engine, driving automated processes as much as possible, and thereby reducing costs as well as serving more markets and outlets.

To determine today’s attitudes towards MAM, Avid recently commissioned international research company Ovum Consulting to survey business leaders on their views. Ovum spoke to 125 individuals – mainly at C or board level – in 21 countries.

More advanced awareness of the possibilities came from new entrants into the industry. The CEO of a major French football club, for instance, said that MAM systems should be “built keeping flexibility and scalability in mind. Asset management can be configured to strengthen production across multiple locations and platforms.” And the president of a post-production facility pointed out that “asset management gives a whole new meaning to content lifecycle management. The core benefit is to reduce operational costs.”

Overall, though, the ability to increase operational efficiency is valued. 66% of respondents felt that their MAM system had lowered their multiplatform distribution costs. 50% said it had improved real-time collaboration between creative media professionals. And a staggering 82% of executives believe that MAM delivers a return on investment of 10% or better. They saw an average cost reduction in multiplatform delivery of 20%, and coupled that with a 17% increase in revenues due to faster production and distribution.

It was clear from the survey, though, that MAM cannot deliver benefits on its own. It has to be part of a widely integrated system that provides seamless and, where practical, automated workflows across multiple vendors’ solutions. MAM may be the heart of the system, but if it doesn’t interwork with peripherals, a lot of its value is lost.

67% of respondents identified poor integration with existing broadcasting systems as the most likely reason for MAM implementations to fail to deliver the predicted benefits. 53% saw insufficient understanding of metadata as the potential hurdle, and 50% the lack of process improvement programs associated with the implementation.

The real benefits of a modern MAM system come in the ability to store, update and maintain comprehensive metadata, and to use this to drive automated workflows. This can only happen in an organization that has reviewed all its processes and considered how best they can be accomplished in the future. If you just carry on as you are today but with the MAM system alongside you, it’s unlikely that you’ll see advances in audience engagement, operational efficiency and cost savings.

Given that the survey found that organizations are planning a modest growth in the amount they spend on MAM in the coming years, where do they see the key benefits?

That can be linked to a second key finding: vital KPIs are not just multiplatform distribution costs, but perhaps even more important, reduced lead time for new digital service launches. If you have a new idea, you want it on air or online as quickly as possible to stay ahead of the competition.

30% of respondents stated that reducing operational and multiplatform distribution costs was their primary KPI for MAM. More than a quarter saw revenue increases thanks to a faster go-to-market strategy, seeing an average 19% increase in revenues.

On the other hand, there’s a widespread feeling that poor third-party integration, metadata issues and a lack of process improvement impedes the success of MAM systems. 67% stated poor integration with broadcasting systems as an important pain point. Particularly in North America, the absence of a process improvement program was seen as a major challenge for enterprise-wide adoption.

That links into the fourth issue, which is that media enterprises are keen to move towards vertical integration of their management systems, and ultimately a move towards business process outsourcing (BPO). They recognize that the MAM system is a critical link between core activities – creating, managing and delivering engaging content – and BPO. 42% of executives expressed moderate to high levels of interest in piloting an asset management/BPO proposition. This is certain to be a growing trend.

The final key finding from the report concerns future content. With an already high return on investment, respondents are looking to rapid expansion in the amount of content and how MAM will continue to offer savings. Half of those surveyed felt that by 2020—just five years away—their content inventory will have increased in value by a factor of five.

There’s also the consideration that at least some of that new content will be in new, and perhaps as yet unidentified, formats. Executives surveyed expect around 5% of their total content to be 4K or 8K, but Ultra HD is still being defined, and the flexibility to store and manage new formats is also vital.

Today, MAM is widely seen as a fundamental component of any media enterprise, and users are confident about its ability to deliver a return on investment.

MAM is proven to solve key business and operational challenges which many media organizations face today. However, to achieve a successful outcome, MAM should be designed and implemented in close collaboration with the customer. Understanding their needs at every stage, from design through to implementation, and beyond, is imperative.

In conjunction, the MAM system needs to be future proof to meet whatever new challenges in media formats and creativity media organizations will face in the future. Therefore, flexibility, extendibility and the scalability to address specific business or operational needs are paramount requirements of a MAM system, especially if total media enterprise transformation is the ultimate goal.

Through Avid Everywhere™, Avid delivers the industry’s most open, innovative and comprehensive media platform connecting content creation with collaboration, asset protection, distribution and consumption for the most listened to, most watched and most loved media in the world—from the most prestigious and award-winning feature films, music recordings, and television shows, to live concerts and news broadcasts. Industry leading solutions include Pro Tools®, Media Composer®, ISIS®, Interplay®, and Sibelius®. For more information about Avid solutions and services, visit www.avid.com, connect with Avid on Facebook, Instagram, Twitter, YouTube, LinkedIn, or subscribe to Avid Blogs.