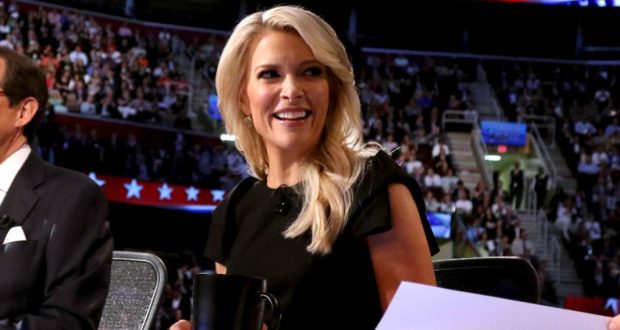 Noted journalist and news anchor, Megyn Kelly will be leaving Fox News for rival NBC News. Kelly had long been a staple at Fox News and hosted the second most watched show on the channel. It was called The Kelly File and it had been running on Fox News since 2013. As her free agency loomed, offers from everywhere, naturally poured in. Her departure has comes as a shock to many but not those who were seeing the proverbial writing on the wall. Kelly had been with Fox for 12 years.

Kelly, 46, was thrust onto the national scene during the recent U.S. presidential election as she was involved in somewhat of a running battle with, then, Republican candidate Donald Trump. She had noticeably distanced herself from the head of Fox News, Roger Ailes as a sexual harassment scandal seemed to engulf him. As her contract was coming to an end at Fox, Kelly found that she had more than a few glamorous options. Kelly will anchor an all new one hour daytime show as well as anchor a Sunday evening magazine show. Kelly was making $15 million a year at Fox and reports suggest that she was seeking a $20 million a year deal from one of Fox’s rivals.

In a Facebook post, Kelly stated that, “While I will greatly miss my colleagues at Fox, I am delighted to be joining the NBC News family and taking on a new challenge.” Kelly was reportedly offered her asking price of $20 million but still decided to leave. Speculation continues to abound in the industry regarding her departure and it could signal future projections about where Fox News might be headed. She seemed to be the sole left leaning counter balance to the heavily conservative and right leaning Fox. Many feel she just might find a more comfortable home at more left leaning NBC News. despite the Ailes scandal, and the leaving of Kelly and Susteren, Fox News still generated record revenues for the past year msotly due to their election coverage and top ranked cable news shows with suc hosts as Sean Hannity and Bill O’Reilly.

It also poses a huge female anchor host gap for Fox as Kelly’s leaving was followed by the highly publicized exit of long time Fox journalist, Greta Van Susteren. The latest reports are that Fox is seeking to replace Kelly with another woman journalist. As the lone conservative voice in the highly liberal mainstream media. Kelly had also been involved in talks with the syndication industry as well as with CNN and ABC News. Her salary negotiation with NBC News was not made public.


AlertMe
Kevin Sawyer
Mr. Sawyer is a freelance writer, editor and journalist from Tampa. He has written thousands of articles for hundreds of magazines and news sites on countless topics including science, the media and technology. He is also the author of many white papers, special reports and ebooks covering a wide range of subjects.
Latest posts by Kevin Sawyer (see all)
2017-01-05
Kevin Sawyer
Previous: Unified Distribution From Imagine Communications Can Ignite Revenues @Imagine_Comms
Next: The Truth about True Peak Limiting for Audio with Dr. Paul Tapper of @NugenAudio