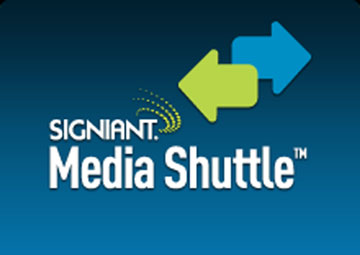 Even the most flexible on-premises media file transfer software can be limiting when it comes to metadata. Most systems weren’t designed to integrate with third party applications and information sources, so are restricted to simplistic metadata features. However, cloud-based software or SaaS (Software as a Service) has changed the way we think about and design professional media file transfer solutions — including metadata — up leveling one of the most important tools for organizing, analyzing and decision-making in the media workflow process.

Digital librarians want accurate and consistent metadata for all of their media assets, and metadata is often “stubbed” in another system before the corresponding media essence is submitted. Before the days of SaaS, many companies resorted to writing bespoke web applications that captured and conformed metadata before assets were uploaded. These applications often integrated accelerated file transfer developer toolkits as an alternative to ready-to-use application software, creating an expensive maintenance and support legacy in the process. But the influence of cloud software design principles has made important inroads with the way we capture and handle metadata, eliminating the need for custom-built applications.

In software design, the transition from serving multiple clients, each with different technology infrastructures, to serving thousands on one cloud infrastructure effected a significant shift in the way we think and operate in industries like Media & Entertainment — both in terms of pricing models and rapid innovation.

Prior to SaaS, many file transfer tools were built with thick client technology. This technology made it harder to leverage web and web service-based extensions when implementing custom metadata collection. While metadata has always been a crucial aspect of media workflows — in fact, the most common use of the workflow features in Signiant’s on-premises software is still for capturing metadata and making decisions based on it — users often had to make due with relatively static and technical form building capabilities. But the influence of the SaaS approach, in terms of the open standards-based mechanisms for incorporating extensions, makes it easier to build flexible metadata features.

For example, in developing Media Shuttle, Signiant’s hybrid SaaS large file transfer solution, we have been able to let go of the old form builder approach and allow quick integration of standard web technologies that are far more powerful and flexible. This gives customers complete control over metadata forms. They can specify the information they want to capture, how they want the information presented and validated, and connect to external data sources available as web services. The metadata entered can show up in a sidecar file along with the media file itself or be used to trigger a processing step exposed as a web service. And those are just a few possibilities. Also, because of fast innovation and automatic updates inherent in the Agile design principles of SaaS, those features will keep advancing towards greater flexibility around the most pertinent data.

Like other data and analytics practitioners that have benefited from the cloud era, digital librarians no longer need to struggle with legacy custom built solutions or settle for inflexible tools. Metadata has always been one of the most critical aspects of the media workflow process; now is can be captured and analyzed with the ease we’ve come to expect from SaaS. 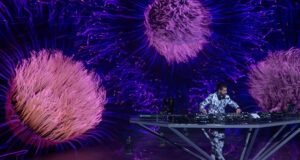