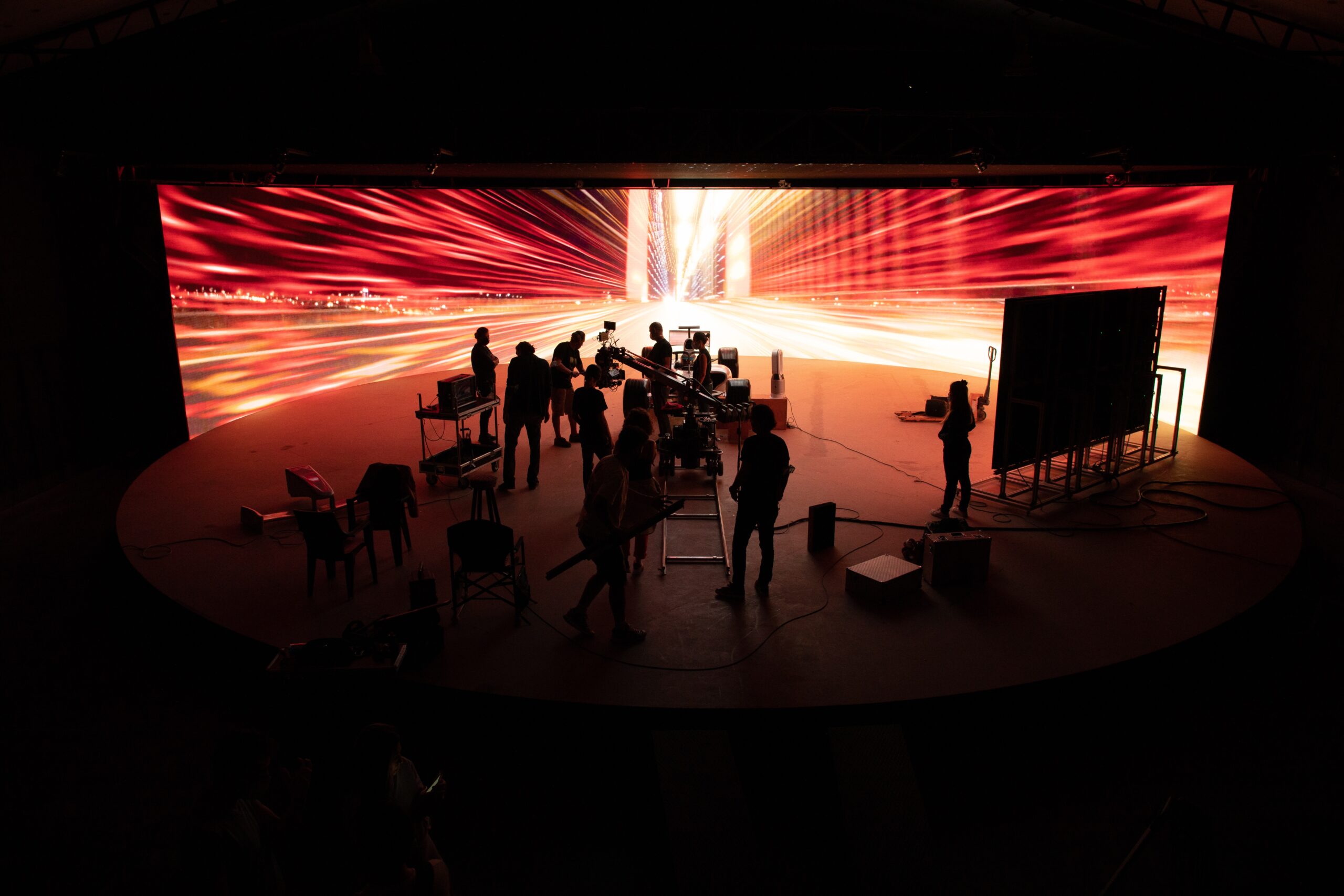 From extreme close-ups of the F1 vehicle and the driver, to the revving engine sounds as the car navigates through the streets of Istanbul, and images of IFC reflected on the driver’s helmet, MGX Studio’s virtual production facility offered a wealth of creative possibilities to the Autonomy team.

“Achieving optimum colour profiles and creating realistic reflections and natural background lighting were key challenges for this exciting project, and exactly why Autonomy decided to partner with us,” says Mete Mümtaz, Virtual Production Operations Coordinator at MGX. “The F1 vehicle was positioned on the stage in front of the LED screen, and we were able to map the reflections on the driver’s helmet and the vehicle’s reflective surfaces precisely as we and the client wanted them to be. The on screen colour adjustment (OSCA) provided by Brompton’s Tessera software was key for what we were trying to achieve.”

“With a dynamic set like the one we created for IFC, things can change rapidly in terms of light and colour, and the colour of the content on the LED screen and its interaction with the camera are very important,” adds Ali KOÇ, Virtual Production Engineer at MGX. “By using top-of-the-range Tessera processing we could implement changes quickly and seamlessly.”

Tessera’s ChromaTune feature helped the team create a comfortable and reliable colour-management workflow. ChromaTune uses 14-way colour correction, allowing MGX Studio to choose the desired colour gamut as well as adjust primary, secondary, and tertiary colours in the video without affecting any other colour parameters. “For this project, we did not have to shoot using exceptionally high frame rates,” adds Mümtaz, “but we knew that if we had needed to, we could have used Tessera’s HFR+ technology, as well as take full advantage of the ShutterSync® feature.”

According to MGX CTO and Studio Manager, Fatih Eke, in major projects like the commercial production for IFC, every piece of hardware and software involved is critical.

“It is absolutely paramount that our equipment is reliable and that it can be easily controlled, so we don’t encounter any ‘show-stopper’ situations during production,” concludes Eke. “That’s why we work with technology partners such as Brompton Technology, Disguise, Unilumin, Epic Games, Ledeca and Mo-Sys. We know their products are 100% reliable and will always deliver exactly what we want.”