Zulu
THE BEAT:
Home » News » Miller Camera Support Equipment Cooks Up a Creative Storm While Traveling with Patrick and Kylie 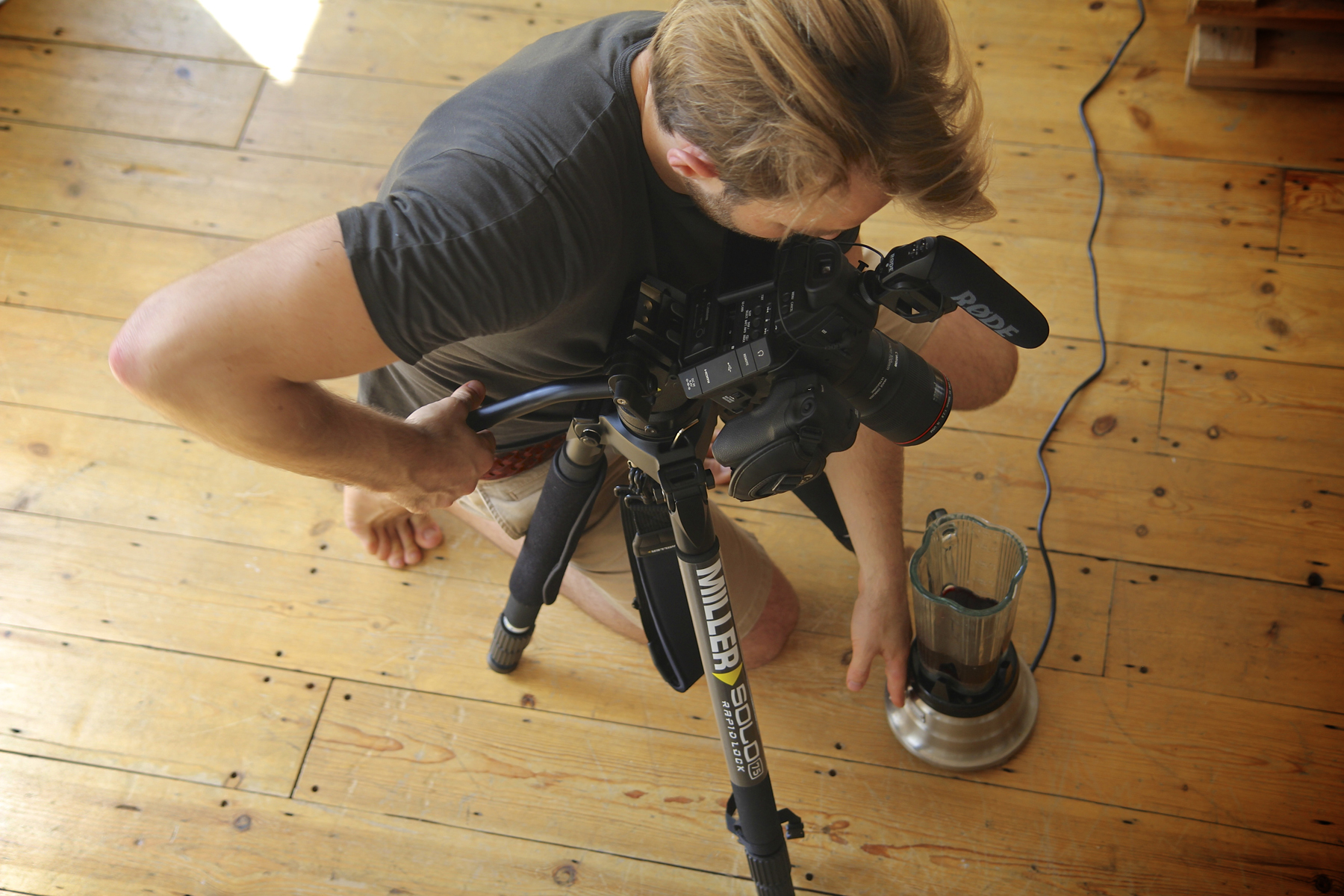 SYDNEY, AUSTRALIA, SEPTEMBER 2, 2014 – When television personalities Patrick and Kylie each decided to embark on their own journeys, shooting separate new travel and cooking series in Italy and London, respectively, Miller Camera Support Equipment, a leader in the production of innovating camera support solutions, helped set the scenes with its new, compact, durable Air Tripod System. Six years ago, Patrick Drake, who had recently left a lucrative job working at Goldman Sachs in London to follow his true cooking passion, met Kylie Flavell, a young woman who had abandoned her career as a high-stakes fashion journalist in Australia to pursue her dream of one day hosting her own escapist travel and food show in Italy. Destined to cross paths, the dynamic duo filmed their first series, When Patrick Met Kylie: A Love (of Food) Story, soon after meeting—which was quickly picked up by the National Geographic Channel, Discovery Channel and Fox Network, among others—and fell in love in the process. Today, Patrick and Kylie continue to chase their aspirations, with Patrick developing recipes for his new company, Hello Fresh, and Kylie shooting her own travel mini-series, The Dolce Vita Diary, in Italy. And both choose to rely on Miller’s Air Tripod System to bring their visions to life.

“We reached out to Miller after we listened to Philip Bloom give a presentation at an exhibition in London,” Drake says. “I decided to approach him as he was chatting with Mike Lippmann from the Miller team. Naturally, as soon as I started to fill them in on my work with Kylie, we began talking camera equipment, and Philip mentioned how robust Miller’s camera support solutions are and that he has been a longtime Miller user and supporter. To have such a well-respected filmmaker speak so highly of an industry brand is monumental. From then on, I was immediately sold on Miller.”

Patrick currently spends most days in London, creating recipes for Hello Fresh, which delivers recipes and the exact fresh ingredients needed to cook those recipes directly to shoppers’ doors. Since its inception a few years prior, the company has delivered millions of meals to residents across the UK. “For each recipe that I create, I have to photograph the plated food to give our customers a step-by-step guide,” he says. “The Air Tripod System is useful for the photography, but I see the major difference when I am filming. I wanted to use some cinematic filming techniques to shoot video recipe guides that can be accessed by our customers using augmented reality. The Air Tripod System has been ideal in helping me to accomplish this. While some Miller users may be capturing beautiful pan shots of majestic scenery with wide-angle lenses, my landscape is a plate of food. And the Air Tripod’s dynamic height range, which can drop as low as just above floor level, allows me to get up-close and personal to my dishes to capture that mouthwatering feel that makes you want to reach into the screen and grab the dish!” Flavell, on the other hand, is currently making her mark in Italy, shooting her new travel mini-series, The Dolce Vita Diary, which takes viewers on a journey along the Amalfi Coast, as Flavell experiences life among the locals in an intimate 13-episode series. “They call me the crazy tripod lady,” she jokes. “I am a one-woman crew; I am not only working behind-the-scenes to set up the shoot, but I am also then jumping in front of the camera to host the show. Every day, I leave my house with the Air Tripod System strapped to my back as I hike up a mountain, hop on a boat or sit on the side of a cliff.”

Perfect for traveling light without compromise, Miller’s Air Tripod Systems each consist of an Air Fluid Head, offering professionals authentic Miller fluid head pan and tilt technology, and a variant of the Solo 75 2-Stage Tripod, either carbon fibre or alloy. The Air Fluid Head, composed of magnesium alloy housing and precision components, comes with two positions of selectable counterbalance and a dual pan handle option. Both systems have the ability to support payloads ranging from two kilograms (4.4 pounds) to five kilograms (11 pounds).

“Since I am constantly immersing myself into the culture, I need to be able to quickly set up the tripod with the camera and then jump right into the shot to start rolling in a matter of seconds,” Flavell adds. “Nothing I do is choreographed, and thanks to the Air Tripod System’s light weight, stability and ease-of-setup, nothing has to be! With the Air Tripod System, I never feel like my equipment is holding me back.”

When Patrick Met Kylie: A Love (of Food) Story is currently airing in approximately 68 countries across the globe. The couple’s second series together, Amore al Dente, is slated to air in Canada later this year, along with Flavell’s The Dolce Vita Diary, which will hit Canadian screens in January 2015. To learn more about Drake and Flavell, visit kylieandpatrick.com/.