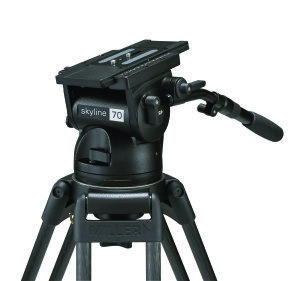 Hanoi TV was looking for products for a new studio currently under construction that could also be used with increasing regularity during news coverage out in the field. Hanoi TV has been using Miller products for years and specifically requested them from Mtek. Although the new studio is still being finished, Hanoi TV has been using its Miller products in conjunction with OB applications, as well as within its old studio.

“Hanoi TV could not have made a better choice in requesting Miller’s Skyline 70 Fluid Heads,” says Joseph White, Regional Sales Manager Asia & Africa, Miller Camera Support Equipment. “These were designed to support the challenges found in sports, drama, outside broadcast and studio productions. With the station’s new spotlight on OB, as well as broadcasting from its new studio, the rear-mounted controls and smooth starts and stops will give Hanoi TV the ‘right feel’ for any broadcasting situation.” 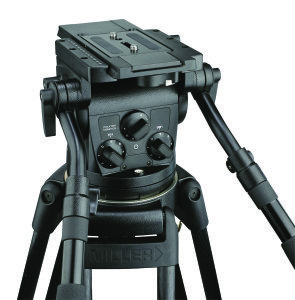 Hanoi TV launched in 1979 as a single radio/TV station. Since then, the station has expanded to include three television channels, broadcasting local and world news, original entertainment and movies, making it one of the largest local broadcasters in Vietnam.

“Hanoi TV is very happy with the stability and ease of use of the Skyline 70 Fluid Heads in its studio,” says Nguyen Cam Thuy, Mtek Sales Manager. “Hanoi TV has let us know that they enjoy the fast setup that the Skyline 70 provides and that it is extremely light, allowing them to take it out for OB shots.”

The Skyline 70 includes 7+0 positions of fluid drag, eight positions of selectable counterbalance, +90 degree tilt, a 120mm sliding quick release camera platform, mounting block/adaptors for accessories and a safety tilt lock. It can support payloads from 4.5 kg (9.9 lbs) to 37.5 kg (82.5 lbs). The easy-to-operate rear facing illuminated controls contribute to an overall design that reflects the shooting needs of outside broadcast operations.

“Mtek International JSC has enjoyed a close relationship with Miller during which time our business has grown significantly,” Thuy continues. “Our customers find Miller’s products to be durable, easy to use and maintain, and very cost effective.”

Founded in 1954, Miller Camera Support Equipment designs and manufactures professional fluid heads and tripods in Australia and delivers to the film and television industry, providing support for the world’s leading camera operators. Celebrating over sixty years in the industry, Miller is a longtime, global leader in the field of contemporary camera support and holds the first patent for fluid head design for film cameras, which it obtained in 1946. Today, Miller’s tripod and camera support systems are frequently used during electronic news gatherings (ENG), electronic field production (EFP), and digital video applications by the world’s leading networks, production houses, corporate, educational and government institutions in more than 65 countries. For more information, call +61 2 9439 6377 or visit www.millertripods.com.