SYDNEY, OCTOBER 30, 2015—Miller Camera Support Equipment, a leader in the production of innovating camera support solutions, is pleased to announce that it has hired Joseph White as Regional Sales Manager, Asia and Africa. White will maintain and expand the presence of the Miller product lines within these regions. 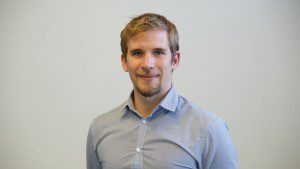 “We are very excited to have Joseph join the Miller team,” says Charles Montesin, global sales and marketing manager, Miller Camera Support Equipment. “His extensive sales experience, combined with hands-on knowledge of our products, will advance the brand within Asia and Africa. The sustained growth of these markets excites us, and we look forward to his continuing our commitment to providing quality camera peripherals to our users in these regions.”

White has a strong history in sales, most recently at leading retailer Harvey Norman Computers. As the Second in Charge Manager, he oversaw a team that managed merchandise, displays and large amounts of stock equipment. He also cultivated local, new and emerging markets, as well as aided with marketing and promotion. White has worked with Tiffen International, a leading manufacturer of photographic filters, lens accessories, software and camera accessories for the consumer and professional imaging, and the motion picture and broadcast industries. His responsibilities included coordinating product demonstrations throughout Europe and Asia, along with running workshops and training in those markets. He has also worked at broadcast and film rental house Lemac as the Queensland Sales Manager, where he developed relationships with national and international companies.

“I am extremely passionate about every aspect of the film and television industry,” says White. “As a Miller tripod user for many years, I find it to be a high point in my career to gain the opportunity to sell a product that I truly believe in.”

White was first introduced to Miller at Channel 7 in Mackay, Australia, where, as a camera operator and, eventually, a production director, he worked with the company’s equipment on a daily basis. He later moved to WIN TV, where he served as an advertising sales executive and, again, used Miller products.

“I can honestly get excited talking to a customer about the very product that kept me shooting for years when I worked both news and production for Channel 7 and WIN TV,” boasts White. “How many people can say that about their job? I will approach each day’s challenges with Miller’s motto of ‘the right feel,’ knowing I have the support of a company that is on the cutting-edge of camera-support technology.”