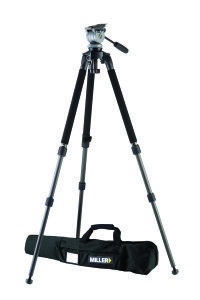 Entrants to ‘My RØDE Reel’ are required to create a short film of three minutes or less, as well as a behind-the-scenes reel that features a RØDE Microphones’ product being used during the production of the film. RØDE has provided an entry pack that steps through the process, as well as templates for scripting, storyboarding and more, available now by registering at www.myrodereel.com. 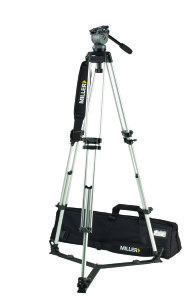 “Miller is ecstatic to be involved with a competition as unique as My RØDE Reel,” says Charles Montesin, marketing manager, Miller Camera Support Equipment. “Having two Australian companies work together to promote the film industry means a lot to Miller. We know that the full creative potential of our products will be unlocked by the winners of RØDE Reel, and we look forward to supporting their blossoming careers moving forward.”

There are five marquee awards that entrants are eligible to win including Judges’ Film, People’s Choice, Judges’ Behind-The-Scenes, Young Filmmaker and Female Filmmaker. RØDE has brought together an esteemed panel of judges for My RØDE Reel that includes: cinematographer Shane Hurlbut, who has worked on movies such as Need for Speed, Semi-Pro and Terminator Salvation; cinematographer Rodney Charters, who is known for his work on the television show 24; and cinematographer Philip Bloom, who is known for working on The Wonder List with Bill Weir. 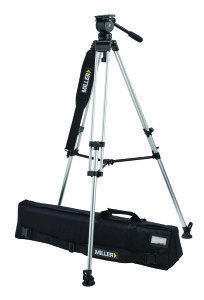 “Miller has partnered with us since the very first competition so we’re very grateful they got on-board since day one and believed in our vision for My RØDE Reel,” says Scott Emerton, global marketing manager, RØDE Microphones. “We really appreciate Miller’s loyalty and support for the last three years.”

“Miller is one of the best in the business — they’re the very innovator and creator of fluid heads so you can’t get more exciting than that,” says Callie Leahy, marketing manager, RØDE Microphones. “Being a home grown Australian company like RØDE made it an easy decision to partner with them.”

Entries for ‘My RØDE Reel’ can be submitted from March 1 to June 1. Visit www.myrodereel.com to learn more.

RØDE Microphones (www.rodemic.com) designs and manufactures high-quality microphones and related accessories for studio, live and location use. Its products are designed and primarily manufactured in Sydney, Australia and exported to over 100 countries globally.