CEDAR GROVE, NJ, JANUARY 20, 2016 — Miller Camera Support, LLC, a leader in the production of innovating camera support solutions, is pleased to announce that it has hired Craig Nazimek as Western Region Sales Manager for the U.S. In this new role, Nazimek will maintain relationships with existing dealers while establishing new dealers in 11 states in the Western Region, from California to Colorado, as well as Alaska and Hawaii, to drive sales. Additionally, he will create new sales strategies tailored to the company’s user base in the region, from broadcast and integration, to film, television, sports and more. 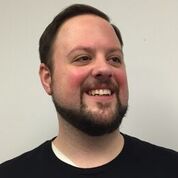 “Everyone at Miller is very excited to have someone with the extensive sales experience of Craig join our team,” says Gus Harilaou, regional manager for the Americas, Miller Camera Support, LLC. “His background in production, film and video will also be a huge asset as Miller’s face of the West Coast, communicating with our clients in the region.”

Nazimek has an extensive background in freelance production. His experience includes producing segments and interviews for clients such as Channel 4 UK, EPIX, Macy’s and Amnesty International. He also has been involved with several field production projects for such clients as Yahoo, Univision, NBC, A&E and the NFL.

Working as a sales administrator at AbelCine Tech, a leading provider of products and services for the production, broadcast and new media industries, has given Nazimek further insight into the broadcast and production market. His responsibilities there included coordinating sales and delivery schedules as well as coordinating with service and rental teams, and developing sales strategies with AbelCine’s sales managers.

Nazimek most recently worked at AT&T Mobility. As a sales consultant, he was a four-time AT&T Top Gun winner for sales excellence and was recognized as an AT&T Summit Gold, Silver and Bronze winner for his sales performance. Nazimek consistently achieved remarkable results, ranking first overall in store location and as area regional sales manager in Q4 of 2014, and first overall under director of sales in August 2015. He would go on to be recognized for his excellence in customer service satisfaction by achieving a perfect score in August 2015 for customer service and as a member of the leadership team chosen to be an Apple Master.

“Having worked in production, I know that the type of equipment you use has a major impact on the success or failure of a show,” says Nazimek. “You need a product that can stand up to the rigors of production and Miller’s products stand out as exceptions in the industry. It’s a great company with an impressive history. The product range and build quality is unsurpassed. When the opportunity came for me to join Miller’s team, I knew it was the right fit.”