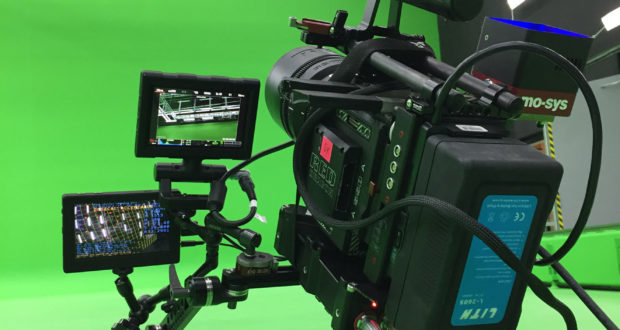 It’s the first hands-off camera tracking system that works totally in the background throughout the entire sound-stage. Once set up, it will track the camera position without a need of realignment from scene to scene all day long.

After a very successful introduction of StarTracker to the broadcast industry, with clients already using it to include the BBC, SKY, FOX, ESPN and more, Mo-Sys has now made the system accessible for film and post production. To allow integration into various workflows they have added a Motionbuilder plug-in, which allows to visualise the scene by overlaying the camera image with CG elements, such as virtual set extensions or CG characters, giving a crude idea of what the scene will look like at its final stage, a valuable asset for every production that heavily relies on green-screen filming. 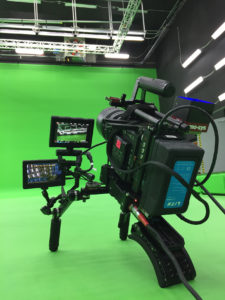 StarTracker provides constant and robust camera position data for on-set-previsualisation, that in addition can be captured for the post-production workflow. The tracking system utilises an upward looking sensor attached to the main camera that points at the ceiling, as opposed to looking forward into the set. It is therefore independent of movements in the scene, occlusion of the main camera or changes in set lighting. It also allows for 360 degrees camera movements and even works in low light conditions. 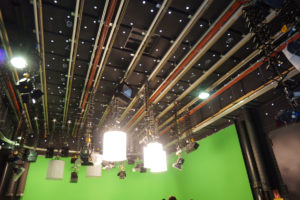 The reference ‘stars’ on the studio ceiling

Retro-reflective stickers, the ‘stars’, are used as references on the ceiling. They can be easily stuck to any fixed structures such as the ceiling itself, pipes, trusses, lighting grid, and at multiple heights. The stickers allow expansion of the tracking area at little cost, and even enable one StarTracker system to work in several sound-stages.

The star-stickers are applied easily and randomly without any measuring. A one-time 30-minute procedure auto-maps their positions and references them to the real world, after which no further “star”-calibration or homing is required. StarTracker is very versatile and can be used with cameras on all kinds of support systems, such as tripod, dolly and crane. It can also be used with a handheld camera.

StarTracker enables absolute tracking anywhere in the sound-stage at the flick of a switch.

Patent pending StarTracker technology is very accurate, immune to lighting and simple to use.

Mo-Sys will also show their remote heads at BSC:

B20 remote head: Designed for broadcast ENG type cameras, the B20 was specially designed with virtual set applications in mind and lends itself to long-term installations in TV studios. It has the same fast response and strong gears as our other heads, yet it is lighter and more cost-efficient. The optimised gear drives make it extremely quiet, which renders it perfect for live studio environments. Payload 20 kg.

About Mo-Sys Engineering
Mo-Sys is a media robotics provider servicing the high-end film and the global broadcast industry with remote heads, ceiling and floor-based camera rail systems as well as mechanical, inertial and optical camera tracking for virtual and augmented reality. Mo-Sys has a strong focus on innovation and collaboration with its key clients including HP, GE, Red Bull, ESPN and BBC. Mo-Sys robotic products have been used in many acclaimed movies including Life of Pi, Birdman, Spectre and Gravity.

2) The reference ‘stars’ on the studio ceiling