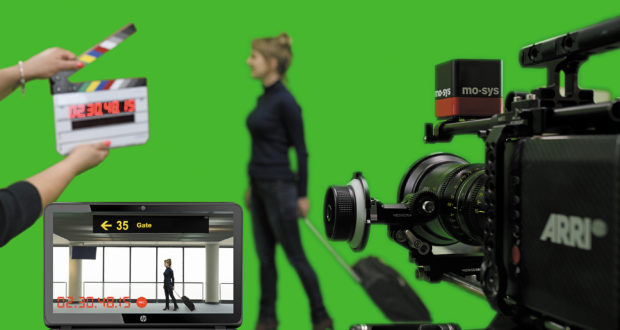 As a visual medium, film incorporates many technical aspects within its framework. On a basic level, making a film is as easy as using an average camera to make the typical home movies that serve as part of an early experimentation process. Today, a film can be made on a low budget with a standard digital camera. However, using examples such as the ones mentioned, as moderate as they are in their efficiently technological capabilities, only works to serve a more old school approach to filmmaking. The medium of film has continued to evolve as much as the technology has done so far for the very best when it comes to enhancing the thematic experience film is capable of producing. 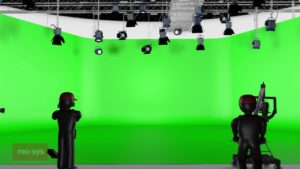 When it comes to the technological boundaries film has crossed into, animation and motion capture are without a doubt the most intriguing and challenging areas to venture towards. These areas, although incredible, require a great deal of detail in order for their potential to be fully utilized, and for this to happen the technology supporting them has to provide a sufficient means of function. If you were to look at films where special affects crossed into new territories, you could look at examples such as Captain America: The First Avenger, Wall-E, and The Curious Case of Benjamin Button, which were able to not simply enhance, but literally recreate the most basic form of imagery into something beyond the realm of what a costume designer or sophisticated CGI could accomplish. This is where Mo-Sys Camera Motion Systems comes into the picture through the use of their highly sophisticated cameras and the various technological enhancements they’ve provided for a variety of films within the last decade and ongoing.

For those unfamiliar with their work, Mo-Sys Camera Motion Systems crafts camera technology products for the film and broadcast industry. When it comes to the range in which their incredible team and camera products reach, their aims focus primarily on remote heads & motion control, broadcast robotics, mechanical and optical camera tracking for AR, virtual production and VR, and on-set visualization. In simpler terms, Mo-Sys works to support film technology as a means of further enhancing the complex imagery we witness on film in its most transcending essence yet still find ourselves wondering about the specifics of how it was accomplished. 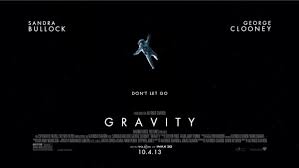 One example of Mo-Sys’s work includes the film Gravity, the 2013 Oscar Nominated Sci-Fi Epic directed by Alfonso Curon, which is coming close to its six year anniversary.  Mo-Sys’s contribution to Gravity came in the support provided to the film’s DP, Emmanuel ‘Chivo’ Lubezki with their remote head, the Lambda. 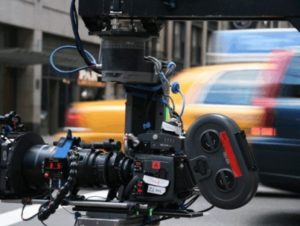 The latest model of the Lambda, the Mo-Sys Lambda 2.0, is a 110 Ib 2/3 axis remote head with a motion control feature. It is specifically designed for extra heavy camera packages, and this is the result of how it is pre-equipped with telescopic camera plates, which allow for quick and easy adjustments made for any size of camera package even that of 3D-stereoscopic mirror rigs. The Lambda 2.0 also comes with a touchscreen control feature that is operator friendly and fully utilizes an intuitive user interface that makes changing the settings, recording a move and playing it back a quick and easy process. Any motion data can be recorded and used for VFX.

Another great feature of the Lambda, is that of its modularity where in a scenario where a two-axis head would need adjustments, it could easily be upgraded to a three-axis model with a 360˚ roll axis. Also, if Gyro stabilization needed to be added, then that wouldn’t exist outside the realm of possibility. The Lambda 2.0 also has zero backlash, which means that there are no ramping-up issues, and therefore no latency. The Lambda 2.0 also has specially designed gears that have proven to be both reliable and robust, while also being able to withstand severe hot and cold temperature based environments that would naturally threaten to limit and even complicate its movements during the filming of a scene that would have to rely on said environments.

When delving into the subject of adaptable camera movements, the Lambda 2.0 very much fits into the category. Now, in the matter of a film such as Gravity, which required over four lambdas, they were used to support a Bot&Dolly, which is a high precision robotic motion control rig.

In using these Lambdas, Emmanuel Lubezki said that, “Almost every shot was made with robotic camera heads from Mo-Sys,” and they utilized the remote head’s zero backlash and high precision flexibility as a means of reducing the shadows on the actor’s faces during certain shots. The collaboration between the Gravity film crew and Mo-Sys was further elaborated by the film’s VFX supervisor, Tim Webber, who stated that when the camera was moving instead of the person, it basically floated around the characters, while changing from the wide angle shots of space to more intense close-up dialogue shots between the characters, and vice-versa. This feat was all accomplished within a matter of seconds, and camera work of this sophistication required the Lambda, which allowed for the camera to move freely around the actors, and without putting them in any uncomfortable positions given the complex visuals of a film like Gravity where a character is simply floating around space for over an hour and a half of screen time. The complex moves shown in the film were now doubt planned out with the use of great choreography and recorded inside Autodesk Maya and later during production played back by the Bot&Dolly robot. However, the need to keep track of these multiple scenarios was only further enhanced by the great function of the Lambda and it’s ability to make for very adaptable and free-moving camera operation.

Olli Kellmann, the film’s motion control operator stated that “These things have to be tested, and there are many factors that could mess up a move on set that have no impact on the virtual camera inside the CG environment. Things like the strength of a motor, and how the acceleration and the gravitational force affect the rig.” In further handling the challenges that lay ahead for them, Ollie and his colleague Raul Rodriguez started playing the already recorded moves back with 10% of their actual speed and then they increased it all the way to 100%. By using slow-motion playback, they were able to adjust any cables and make adjustments any time the head reached its limit. However, Olli didn’t see much of those issues in the course of the process, given how much mobility they were afforded, which further elaborates the sophisticated function of the Lambda head’s strong performance capabilities.

The Lambda head also provided Chivo the option to load and playback the pre-designed moves that were used in the film. Now, although these moves had been pre-recorded, the fact that the Lambda provided great flexibility during the shooting process only simplified certain factors such as the reframing of a scene, the refining of certain camera movements, and the reaction time needed to match the movements of the actors. All the choreography and planning in the world could be incorporated into a scene, but mobility and timing based off function are also necessary factors, of which the Lambda greatly enhances. 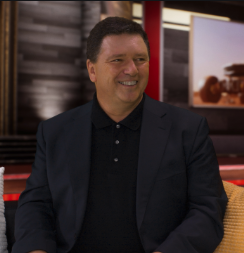 The Lambda is just one of the many great technological marvels provided by Mo-Sys and it’s incredibly intelligent founder and owner Michael Geissler, who in a 2017 interview said, “I’m a problem solver. That’s the bit I enjoy,” which really encapsulates the core mission of Mo-Sys. Their contribution to providing technological enhancement to the technical element of the filmmaking process, which is not at all simple, and only becomes more challenging as the technology evolves, has demonstrated their ability to provide greater mobility, flexibility and less repetition as a means to cover more ground during the filming of scenes that work not only to wow audiences, but also work to inspire artists across the world who have a passion to work in film and animation.