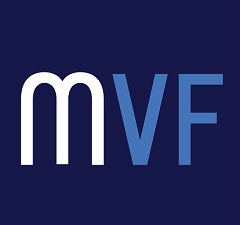 A spectacularly animated adventure set against the backdrop of Mexico’s Day of the Dead, The Book of Life is also nominated for five Annie Awards (including for Best Animated Feature), and a Critics’ Choice Movie Award (also for Best Animated Feature). The film has attracted wide critical praise and has won the hearts of audiences in the United States and around the world for its amazing imagery and inspiring story.  The Book of Life is currently available on Digital HD.   Blu-ray and DVD released on January 27th in North America. “We are thrilled by the success of The Book of Life,” says Modern VideoFilm President of Creative Services Mark Smirnoff. “The film was a joy to work on and our team poured their hearts and souls into it. It’s one of the most remarkable animated films of the past decade.”

Post production work on the film spanned more than four months. Modern VideoFilm established a color-calibrated connection linking its facilities in Burbank and Santa Monica with Reel FX in Dallas to facilitate the rapid exchange of media and ensure that parties on both ends were seeing identical imagery.

Color grading assumed a much more detailed and nuanced approach than is typical for an animated feature. Cole, a two-time HPA Award-winner (for his work on Life of Pi and on the pilot for Reign)¸ worked with Gutierrez and the leaders of the animation team in crafting intricate color treatments to effect mood and help hone the narrative. “Jorge often used color to create a mood,” Cole recalls. “He also used it to direct the eyes of the audience. If something was visually distracting, we made it appear less present in the frame. Conversely, if there was something we wanted you to look at, we’d brighten it or give it more color to become the predominant object in the frame. It was all very subtle. The audience isn’t aware the image has been manipulated; they are simply looking where they are supposed to look.”

“That part of the craft can really only be added in the DI theatre after all of the shots have been placed together and the scene is allowed to flow naturally,” Cole adds. “The story and performances guide us and help us make these creative choices.”

Color helps to create a sense of place for each of the film’s principal locations. “Jorge wanted there to be a distinct difference between the real world and the world of Mexico that the characters experience inside the real world and fantastical worlds,” Cole explains. “The town of San Angel has a dusty feel, the Land of the Remembered is vivid, colorful, while the Land of the Forgotten seems to have the life drawn out of it.”

Those looks were enhanced in the DI suite. “We did a lot of key-frame animation to make things more nuanced, interesting and exciting,” Cole says. Cole points to scene involving a stampede of pigs where they created a magical effect by weaving threads of color into the sky. “It’s a subtlety that audiences may not pick up on but subliminally, it helps to create a sense of place and time,” he says.

Even as Cole was working his magic, Modern VideoFilm DI Editor Craig Price was using a Quantel Pablo Rio system to organize picture elements arriving as Open EXR files from Reel FX and conforming the 2D and 3D masters. “The editorial team in Dallas was very strong and paved the way for a very smooth finish,” Price says. “Our biggest challenge was dealing with the size of the OpenEXR files. It took a lot of processing power to move them through the system.”

Cole has graded scores of films including Tron: Legacy and No Escape (the upcoming feature from John and Drew Dowdle) but The Book of Life was his first animated feature. “It was great fun,” he says. “When I’m working on a film that’s captured with cameras, I spend a lot of my time balancing shots. There was much less of that here, which meant we had more time for the fun stuff: nuances and other things that elevate the imagery.” Gutierrez says that he jumped at the opportunity to work at Modern VideoFilm, having been a fan of Cole’s “astounding color work” on Tron: Legacy, Life of Pi and other films. “The experience was even better than I imagined,” he recalls. “Dave became a true creative partner on our film. His insight in both the creative and technical aspects of DI helped enhance and plus the look, story and heart of our film. He was truly invaluable! I look forward to working with Dave and Modern for the rest of my career…or die trying!”

“It was also a great pleasure to work with Jorge,” Cole adds. “He is a visionary with a great sense of style. He is also a lovely man with a wonderful sense of humor and an incredible knowledge of film.”

Modern VideoFilm has been providing post-production and distribution services to the film, television and media content industries for more than 33 years.  Its clients include all of the major movie and television studios, as well as leading on-demand streaming services, online digital media retailers, ecommerce sites, interactive entertainment companies, and other commercial entities across the United States and around the world. The company’s staff comprises more than 500 dedicated and talented artists, technicians, engineers, producers, client representatives and support personnel.