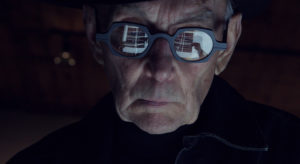 Celebrating its 25th year, the Austin Film Festival focuses on the writers’ creative contribution to the film, and is unique for bringing professional and amateur screenwriters together to celebrate the role of screenplays in filmmaking. With a heavy focus on the art of story, the festival is intent on making the creators the stars, celebrating all aspects of filmmaking at the annual event. The 2018 Austin Film Festival begins Thursday, October 25th.

“We’re lucky to be able to find and support so many incredible films and filmmakers every year, and the fact that so many of the films we find—features, shorts, documentaries, narratives, animation—utilize Blackmagic Design cameras and DaVinci Resolve software I think speaks volumes,” said Harrison Glaser, Film Competition Director for the Austin Film Festival. “Blackmagic creates powerful products that help all levels of filmmakers make great films. We love seeing their impact on talented and deserving filmmakers grow each year.”