HOLLYWOOD—The Motion Picture Sound Editors (MPSE) will honor Jerry Bruckheimer, producer of this year’s $1.4 billion box office hit Top Gun: Maverick, with its annual Filmmaker Award. Among the most prolific and successful film and television producers of all time, Bruckheimer is responsible for such big-screen spectacles as the Pirates of the Caribbean, National Treasure, Bad Boys and Beverly Hills Cop franchises, and the hits Black Hawk Down, Pearl Harbor, Remember the Titans, Armageddon, The Rock, Crimson Tide, Top Gun and Flashdance.

Bruckheimer will be presented with the award at the 70th Annual Golden Reel Awards on Sunday, February 26, 2023, at the Wilshire Ebell Theatre in Los Angeles.

Bruckheimer is being honored for a body of work unequalled in its popular appeal. “Jerry Bruckheimer has redefined the action movie genre and been the guiding force behind some of the most popular films and television shows of all time,” said MPSE President Mark A. Lanza. “He has an uncanny knack for knowing what audiences want to see. His films and television series are also noteworthy for their incredible use of sound to amplify the excitement and drive the story. The MPSE is thrilled to present him with this honor.”

“Throughout my years in the film business, the friendships I’ve formed with my collaborators in the sound editing community have been among the most cherished and lasting,” said Bruckheimer. “To have witnessed their dedication to this vital medium, the roar that fills the theater before the light of the screen, is one of the greatest privileges of my career. That they would choose to honor me with this award is another.” 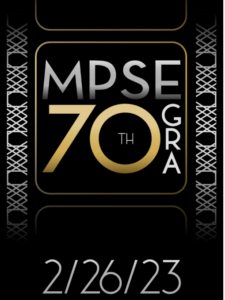 Top Gun: Maverick is now the seventh highest-grossing film ever at the domestic box office, a distinction previously held by Titanic. Collectively, Bruckheimer’s films have grossed more than $22 billion including box office and ancillary sales. Currently, he is in production on Beverly Hills Cop: Axel Foley.

Bruckheimer has enjoyed similarly monumental success in television. Launched in 1997, Jerry Bruckheimer Television (JBTV) scored an almost immediate hit with CSI: Crime Scene Investigation, which quickly became the number one show on television, and spawned three successful spin-offs, CSI: Miami, CSI: NY and CSI: Cyber. In the 2005-2006 season, Bruckheimer had a then record-breaking 10 series on network television including an unbelievable five shows ranked in the top 10 in the U.S. ratings.

JBTV broadened its imprint with such shows as Without a Trace, Cold Case, and ten-time Emmy Award-winning The Amazing Race on CBS.  Lucifer had a successful six seasons on Netflix and was named the #2 most binged television show of 2020, while Hightown has been renewed for a third season on STARZ and hit revival CSI: Vegas just launched season two.

Bruckheimer has been honored with some of the entertainment industry’s most distinguished awards.  He was included in Time Magazine’s “Time 100,” a list in of the most influential people in the world.  He is a three-time recipient of the ShoWest’s Producer-of-the­-Year Award and was given the David O. Selznick Award for Lifetime Achievement by the Producers Guild of America. Among many other honors, he was bestowed with ShoWest’s Lifetime Achievement Award and Variety’s Showman of the Year and was the first producer ever to be honored with an American Cinematheque Award.

Founded in 1953, the Motion Picture Sound Editors is a non-profit organization of professional sound and music editors who work in the motion picture television and gaming industries. The organization’s mission is to provide a wealth of knowledge from award-winning professionals to a diverse group of individuals, youth and career professionals alike; mentoring and educating the community about the artistic merit and technical advancements in sound and music editing; providing scholarships for the continuing advancement of motion picture sound in education; and helping to enhance the personal and professional lives of the artists who practice this unique craft.