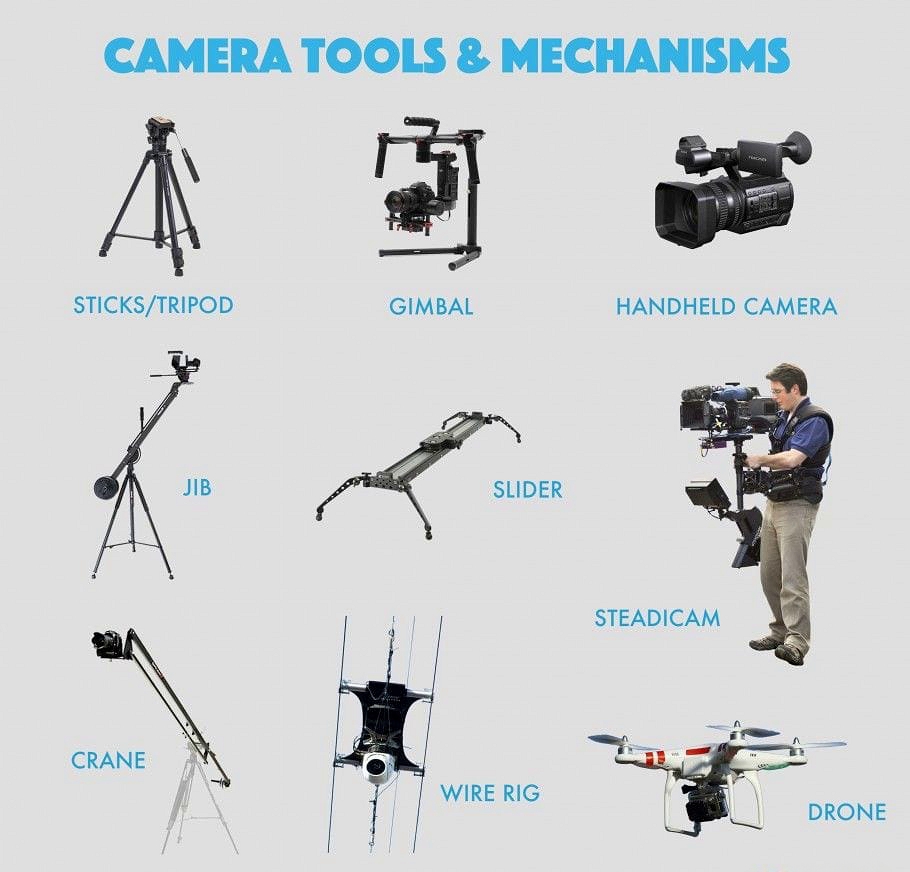 In this era of very compact video cameras, support gear for moving the camera has gotten smaller and cheaper. The reason for camera movement remains the same: when properly motivated and precisely controlled, a moving camera can open the door to unique and compelling video images.

There are several key pieces of moving camera gear, including jibs, cranes, dollies, Steadicams and even common wheeled devices like wheelchairs. It doesn’t matter what device is used. The camera movement must be smooth and steady. 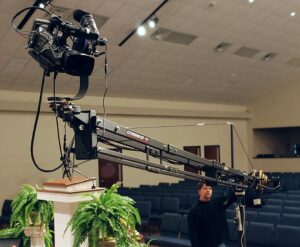 One way to move a camera is with a jib, a type of crane. The camera is mounted on one end and a counterweight is on the other. A jib operates the same way as a see-saw on a playground. It allows a camera to move through an extended arc.

Jibs can be used to capture several kinds of shots, including vertical, horizontal or a combination of the two. A small jib can be mounted on a tripod, but larger jibs have their own support stands on wheels.

Jibs are often used when a hand-held shot is not possible. This can be high or low shots or when the camera needs to move a short distance horizontally or vertically. A jib can be mounted on a dolly, a wheeled device, for shots in which the camera moves over obstacles such as furniture.

There is often confusion on the difference between a jib and a crane. The two devices are similar. Larger camera lifting equipment are often referred to as cranes, while smaller ones are typically called jibs. Size is the major differentiator.

Horizontal to and from camera movement is called tracking. It is usually performed with a movable dolly or a similar device used to create smooth horizontal camera movements. The operator and focus puller or camera assistant usually ride on the dolly to push it back and forth. 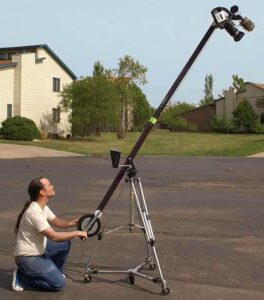 Vertical — or up and down movements — are called booming or craning and are accomplished with either a jib or crane. All camera movement tools can be combined to create a variety of moving shots.

Dollies range in size from highly portable to massive, steerable devices. In the case of heavier gear, the camera operator sits or stands on the dolly as it tracks across pre-laid railroad-style tracks.

Use of both jibs and cranes are often the same, but their key purpose is moving the camera. One great example of the moving camera is Orson Welles’s breathtaking tracking shot at the opening of Touch of Evil. The camera, mounted on a Chapman crane and operated by cinematographer Russell Metty, begins on a close-up of a ticking time bomb and ends a gripping three-plus minutes later with a blinding explosion. 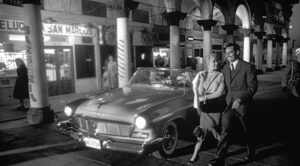 During this scene Welles uses the slowly moving camera — along with a high-tension musical score — to create anxiety, build suspense and cause the audience to live out every second on the bomb’s ticking clock. The camera travels at a high angle, then descends and rises again. Each time it reveals characters and a town street about to be shaken by the blast.

That shot was made in a time when film cameras, lighting and sound gear were very heavy. Today, our production gear is much smaller and lighter. Shoots like the opening of Touch of Evilcan now be accomplished with robotics. But that doesn’t negate the audience effect of Orson Welles’ iconic shot. It has much to teach today’s video makers.

Too many times today we see the work of videographers whose idea of camera movement is to repeatedly zoom “in” and “out” on their subject from a stationary tripod. This is the sign of amateur work.

With its continuously variable focal lengths, a zoom lens cannot make a successful moving shot. By simply zooming in and out from a stationary position, the operator is only changing the angle of view of the scene without changing perspective. This is the reason resulting images seem dull and two-dimensional.

A scene’s perspective can be altered only by physically moving the camera. Through camera movement, normally using a jib or crane, the video operator can make three-dimensional images and create dynamic, high-impact content.

Since the camera operator normally cannot use the camera’s controls directly or look through the viewfinder, a jib is often used in conjunction with a remote video monitor and a system for focus, zoom and other functions. 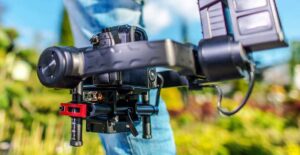 On larger jobs, a remote-controlled camera head is attached. Usually such a setup is operated by a single operator. If two operators are used, one person typically operates the jib arm/boom while the other operates the pan/tilt/zoom functions of the remote head.

On a low-budget video, any wheeled device with smooth tracking can serve as a dolly. Many successful dolly shoots have been made from wheelchairs, children’s strollers, shopping carts, toy wagons and bicycles. Stanley Kubrick used a wheelchair for a dolly shot in his classic horror film, The Shining (1980).

Tracking shots can be used with both stationary and moving objects. Since perspective changes with the movement of the camera, slowly tracking the camera around a stationary object allows the audience to discover, explore and get a “feel” for the mass, texture, form and other characteristics of the object.  Moving subjects can also be tracked with the camera, keeping the distance between subjects and camera the same.

Veteran British camera operator and film director Ronald Neame taught students in his film/video directing classes to combine the zoom lens with the tracking shot. “All the zoom does is magnify the scene. It looks very mechanical to zoom by itself,” Neame said. “You should never use the zoom lens unless you incorporate it with a tracking camera. I very seldom use a camera that doesn’t move in some way.”

Neame cited a situation where an extreme close-up is required of the subject but there is not enough time to fully track from a full length shot into the close-up. “In this case, I zoom at the same time as tracking. That covers up the zoom. The mechanical effect is disguised,” Neame explained.

Shots made from jibs and cranes often result in dramatic, sweeping images which elicit specific audience responses. It is especially important for the videographer to execute all moving shots with reason and motivation. When done correctly, camera movement results in powerful storytelling.