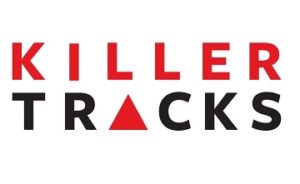 Singer/songwriter Justyna Kelley to be featured in a special live performance at NAB.

SANTA MONICA, Calif.— Killer Tracks today announces that Nashville recording artist Justyna Kelley will be featured in a special live performance at its booth at NAB Show in Las Vegas. Kelley will be performing songs from her new album Nashville, Tennessee, produced by Koka Media and just released in North America via Killer Tracks. A singer/songwriter who has been compared to Sheryl Crow and Colbie Caillat, Kelley possesses a stunning voice and delivers heartfelt songs bridging country, pop and adult contemporary.

“We’re excited to introduce NAB attendees to Justyna Kelley,” says Killer Tracks Director of Marketing Andrew Donahue. “She is a wonderful artist, rooted in the Nashville songwriting tradition, with a contemporary style and a genuine voice. It’s going to be a great show.”

Recorded at RCA Studio on Music Row, birthplace of the Nashville Sound, Nashville, Tennessee showcases both Kelley’s sparkling vocals and her incredible range as a songwriter. The album includes 14 eclectic tracks about love and heartache, trouble and hope, all written by Kelley. In a novel twist, each song is sung once by Kelley and then “covered” by an all-star line-up of friends including Adam McPhail, Jamie Johnson, Sara Jean Kelley, Adam Fears, Brandon James and others. The album is produced by Rodolphe Plisson.

NAB visitors will have an opportunity to hear many of these engaging songs performed outside Nashville for the first time. “We’ll be giving people a taste of authentic, organic roots music and Nashville song-crafting,” says Kelley. “The sound comes out of the close-knit Nashville songwriting community that I was born into.” Kelley will be accompanied by guitarist and banjo player Matt Menefee (Mumford and Sons, Alison Krauss).

The daughter of country music legend Irene Kelley, Justyna Kelley recorded her first album in 2009 and has toured extensively in the U.S. and Europe. After spending three years in Paris, she returned to Nashville last year to continue her career as an artist and songwriter, and to collaborate with production partner Eddie Gore. Her songs have frequently been licensed for film and television projects, including NCIS: New Orleans, 16 and Pregnant,  Dresscue Me and Never Back Down 2. 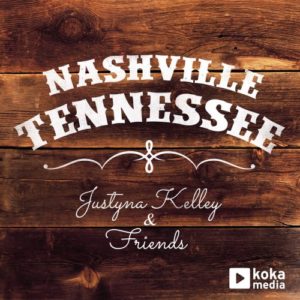