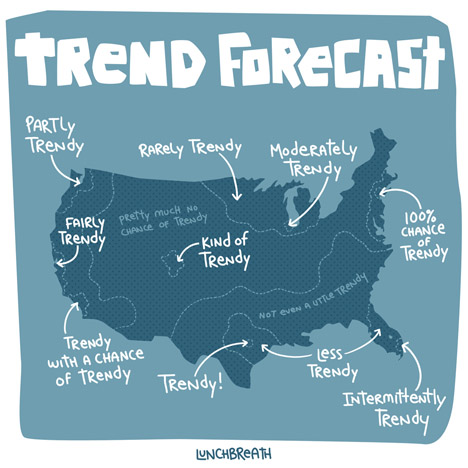 A trend is simply movement in a particular direction.  The idea that something is “trending” is a wide, bold and difficult one upon which to focus.  There are so many things that can “trend” in the world – from investments, to entertainers, to technology.  Just as beauty is in the eye of the beholder, so is trending in the mind of he (or she) who observes it.  Many things can trend simultaneously.  Sometimes, a trend goes by seemingly unnoticed – except by those who take a step backward and notice the popularity.  Many are blinded by a trend, not even realizing the trend until it is too late.  But I know a trend when I see one – it doesn’t take a rocket scientist… 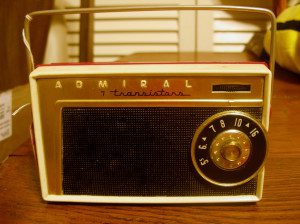 For example, miniaturization is trending… it has been trending since there’s been technology to improve on something and make it smaller.  Different materials, different processes… many people can relate to the size of a transistor AM/FM radio in the 1950’s to the size of one now – half of a matchbook!  (Of course, those same people can relate to matchbooks, too!)  One area that it is extremely helpful in is ENG or 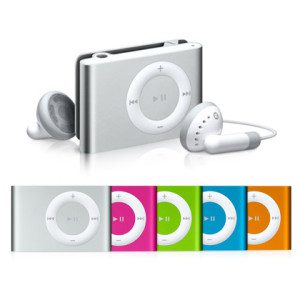 “The term ‘electronic news gathering’ really refers to the ability to gather news electronically which, for a long time, meant video,” says Douglas I. Shear, CEO of DIS Consulting in Woodstock, New York in a recent PODCAST INTERVIEW:  LISTEN HERE!.  “The thing that has made more exciting news gathering today is the miniaturization; the reduction of what is required in the field – down to, literally, a single person news crew; that has come on the scene simultaneously with the arrival of the idea of capturing with an iPhone, the use of wifi, to report stories – filing things from the field that formally took microwave-length which now can be done from wherever the reporter is standing.”

“There’s a rise in what we can call ‘web-ready’ or ‘internet-ready’ equipment; some of it camcorders, and some of it other devices, to make it easier to post things directly to the web,” Shear states.  “From a news perspective, what’s exciting about 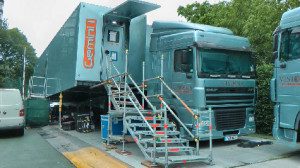 that is being able to almost instantaneously report stories without the kind of cumbersome equipment that you formally needed to have – and expensive.” 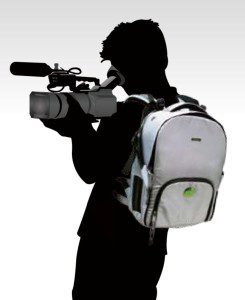 Broadcast Beat article: “Mobile Production Vehicles or Magical Mystery Machines” here: www.broadcastbeat.com/index.php/semi-studios-mobile-production-vehicles-magical-mystery-machines/) or a backpack as a lone production studio on the spot wherever news is happening (See Broadcast Beat article “Backpack Broadcasting – Production on the Go!” here:  www.broadcastbeat.com/index.php/trending-technology-series-backpack-broadcasting-production-go/).  The difference is not even an argument. When it comes to tech, smaller is better.

At NAB Show 2014, Blackmagic Design is allowing Broadcast Beat the use of their Blackmagic 2.5K Cinema Camera – for which we are very grateful!  (If you would like to see more on this camera or information and its specs, please visit the Blackmagic Design website at: www.blackmagicdesign.com/products/blackmagiccinemacamera/) Personally, I am most excited about the fact that it will give the look of a feature film to my production!  These are just spectacular cameras – so small, lightweight, compact and truly loaded with functionality! 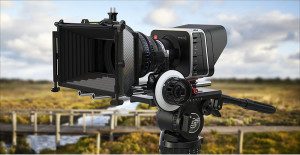 But there is a down side to all this techno-shrinkage.  “I’m not sure that we can get much smaller, frankly, and still retain the kind of quality and resolution level and the ‘bells and whistles’ that are required for news,” opines Shear.  “So, I’m not sure whether the trend is going to continue to be more about miniaturization, as it will about delivery from point-to-point and integration into the workflow into news.”

Nothing is more important than how to deliver content.  Whether you have the best produced content, or the worst, delivery is what makes the sale.  If you can’t deliver, what’s the use of making it in the first place?

To show you how important delivery of content is, on Monday March 3, 2014, Dish Network and Disney announced that they

had reached an agreement that will decide the future of content delivery, at least where they’re concerned Dish wants to offer a Netflix-like TV service.  This means that live local broadcasts from ABC TV stations and programming from ABC Family, Disney Channel, ESPN and ESPN2 will be available over mobile devices, set-top boxes and other devices, to people streaming TV over the Internet rather than having to attach a satellite receiver on the roof of their home.  “We planned for the evolution of our industry,” stated Anne Sweeney, co-chairman of Disney Media Networks who, along with Disney CEO Bob Iger and Dish’s majority shareholder, Charlie Ergen, crafted the deal. 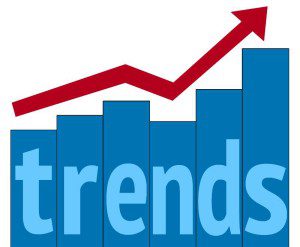 There is the debate about 2K, 4K, 8K and beyond.  Many theaters are just coming into 2K now; not so many on the 4K train at the moment and you can forget about finding a theater with 8K display!  Essentially, that’s the trouble.  No matter how good the resolution is, the delivery is too costly at the moment to make it worthwhile.  For normal viewing by the public, at least.  I can tell you what the higher resolutions are good for – post production.  Working with the higher resolution content makes post-production so much better.  Being able to zoom-in on portions of frames and receive crystal-clarity is nothing short of a miracle.

“The whole idea of higher resolution is a major thrust in the trends,” Shear points out.  “We can look for more new things at

NAB in that vein.”

And look we shall, Douglas… look, we shall!  There will be plenty of everything at NAB Show 2014 – from the OB trucks to the mobile/portable studios, to the high-res cameras and especially how to deliver content.  This is why the Show is so spectacular – and the reason why it’s able to get better and better year after year!  Hopefully, I’ll see you there! 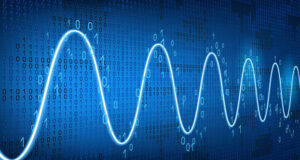