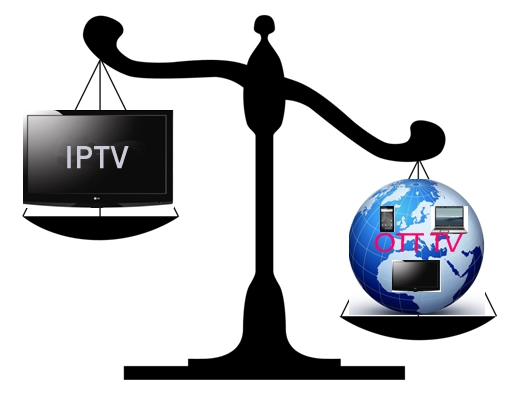 A very interesting technology is experiencing a surge of interest.  Internet Protocol television (IPTV) is being examined more closely these days because of its many advantages.  Aside from live broadcast video, IPTV offers both content on demand and interactive (iTV) possibilities.

IPTV differs from regular-old “Internet TV” because, chiefly, it is delivered through a set-top box, using standardized protocols (involving packet-based transport/UDP) and being subscriber-based, rather than simply over the internet and available to anyone with a URL.  Consider the “IP” as its own language that is used by IPTV and is also used by the Internet for communication.  IPTV is a managed network, controlled from end-to-end for Quality of Service (QoS) and Quality of Experience (QoE).  The Internet provides signal depending upon available bandwidth, traffic and other connection issues.

Another chief advantage is that IPTV can be provided across a multi-service infrastructure, in combination with other services, using only one common access point, rather than its own unique connection.  Voice, video and data transmissions would share a single entry into the home.  One of the most recognizable IPTV services is AT&T Inc.‘s U-Verse, which started in 2006 and is built upon a private (and proprietary) IP network exclusively for video delivery using internet protocols.  The IPTV provider controls the content.

OTT (or “Over the Top”), on the other hand, is simply the Internet (HTTP/TCP).  The major difference is that the provider may know what the contents of the IP packets are but cannot control (and is not responsible for) the method (or how) it is viewed, any copyrights that may be attached, or how the content is redistributed.  Netflix would be considered OTT, where they deliver their content over the Internet (despite also being subscriber-based) but do not have their own network to transmit it over.

In March, 2011, academic think tank Informa, a company that has been providing information for centuries (and can trace its roots back to 1734), predicted that in 2013, OTT viewers would outnumber IPTV viewers (www.informa.com/Media-centre/Press-releases–news/Latest-News/OTT-TV-viewers-to-outnumber-IPTV-viewers-in-2013).  I daresay that, in my opinion, they were correct.  They even predicted that 380 million people by 2015, will see online video delivered by Apple and Google via connected devices (TVs, games consoles or set-top boxes).  In contrast, they forecast only 168 million people will be hooked-up to IPTV in the same year.

“It’s abundantly clear that viewing online video via connected devices will be both a long-term and mass-market activity. All of the key ingredients for uptake of these services are in place. It’s just a case of consumers getting used to the idea of using them…” comments Giles Cottle, senior analyst at Informa Telecoms & Media and lead author of the Internet traffic and services research.

When it comes right down to it, the United States is lagging in the development of both IPTV and OTT.  As it stands right now, Europe has the largest use of the OTT platform, with millions upon millions of homes enjoying the availability of television, news and entertainment over the Internet.  In stark contrast, A T & T’s UVerse IPTV announced that it just hit a little over 10 million subscribers in its 4th Quarter Report of 2013.  That’s a combination of television, phone and internet subscribers.

In my opinion, the only logical course would be to combine both services.  There is ample talk about doing that, and many companies have begun to feature set-top boxes that provide both OTT and IPTV availability.  This is referred to as a “hybrid system” and is gaining popularity in many markets overseas.

However, OTT providers (like HULU, for example) have their own share of followers.  HULU has even branched-out its service out to HULU PLUS, a pay feature it provides that has even MORE content beyond the free programs it provides on the regular HULU website.  Of course, OTT services are typically not free.  HULU forces commercials into the programs it displays, without allowing you the ability to skip them.  On the plus side, the commercials are only about 30 seconds at a time – something television watchers have not experienced in decades!

Skytide, a division of Citrix IT Solutions, provides this list of worldwide OTT service providers at:  www.skytide.com/products/list-of-ott-providers.  Of course, this list is neither complete nor totally comprehensive, but it is a handy resource.

All in all, despite being free, the OTT streaming option has many disadvantages.  The major disadvantage is the availability of local network channels.  Unless the channel is streamed live, you miss-out on all the local television broadcast shows that are “regularly scheduled programming.”  While some shows are available (usually within a day or so of being originally broadcast), it is no fun being the ONLY ONE at the water cooler the next day hearing about how great a program was and (potentially) taking great pains to avoid spoilers.  And while IPTV does (typically) offer local channels, it may not be available in your area.  There are close to 400 million people in the United States, and UVerse covers a little over 10 million of them.

It is painstakingly clear that we have a long way to go before this technology is as commonplace in the United States as it is in Europe.  NAB Show 2014 will have many solutions on display and will have many different options to both WOW you and astound you… but one thing’s for certain – as of today, the internet is still a little ways off from being able to provide all of the content you want, where you want it and when you want to view it.