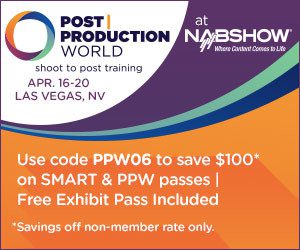 universal working practices which focuses on production and post production technologies, trend and workflows, but also provides for certification prep and hands-on training on the popular platforms such as: Adobe After Effects, Premier Pro and Apple Final Cut Pro X!

The new P|PW University is a wonderful track that is focused on graduating students entering the job market- Some highlights include how to get your foot in the door, the importance of staying relevant, preparing for your next gig, and preparing your reel! Special student pricing ($495). Learn more about this interesting session here:  nabshow.com/attend/ppw-university

The new P|PW Hands-On Training track is a instructor led demo and hand-on practice for three separate structured courses: Adobe After Effects for Video Editors April 16th-18th , Mastering the Timeline: Color Correction and Grading April 19th, Mastering the Timeline: Audio-Finishing Techniques for Editors April 20th. FYI: The hands-on courses are not included with the standard Post|Production World pass. For session detials and to add on to your package go here: nab16.mapyourshow.com/7_0/sessions/index.cfm?advsrch-sessiontype=34&advsrch=true&advsrch-showresults=true

Also, you will not want to miss the Post|Production World Keynotes! On Sunday, April 17th from 10am-11am in N249- DIY Post Production: How to Create Advantages and Maintain Creative Control Using the Tools at Your Disposal from Academy Award winning Visual Effects Supervisor, Robert Legato. Robert will explain his hands-on approach that simplifies workflow that creates advantages in maintaining the creative control from start

to finished product.  On Sunday April 17th from 11:05 – 12:05 in N249- The Making of ‘Whiskey Tango Foxtrot’ Learn how FCP X was used in the editing process and the panels unique perceptive on the films making!

There is a bunch of great stuff waiting for all who attend the Post|Production World (P|PW). For more details and a listing of events. Go to nabshow.com/attend/post-production-world

For all your NAB2016 convention needs make sure to check in with Broadcast Beat Magazine! 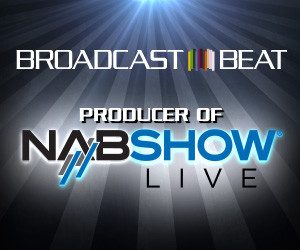