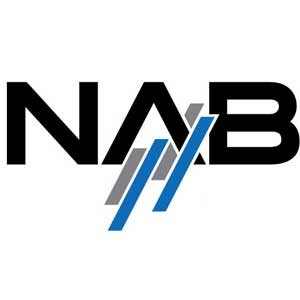 The 2017 #NABShow has kicked off Day One in fashion! NAB President and CEO Gordon Smith opened the convention with his annual State of the Broadcast Industry Address emphasizing the power of broadcast and how the M.E.T. Effect (the convergence of media, entertainment and technology) is impacting business and society. Also, Smith spoke of Next Gen TV standards which will begin to unify over-the-air broadcasting with over-the-top (OTT) content!

Jim Lanzone, CBS Interactive CEO and CBS Corporation’s chief digital officer, hosted the Online Video Conference yesterday morning with his keynote, “Inside CBS’s Transformation to a Next Generation Content Company.” The discussions focused on the company’s investing and how multi-platform delivery is being shaped in the television industry.

The Super Session: “Content at the Center of Media Transformation” had the top executives leading Fox Networks, Revolt Media & TV and Lionsgate sharing consumer metrics of streaming, binge viewing, time-shifting, social sharing and creating and how it is shaping the exciting future of our industry.

At the Television Luncheon, the announcements of  Maria Elena Salinas, co-anchor of the broadcast mainstay “Noticiero Univision to the NAB Broadcasting Hall of Fame and award-winning actress and producer America Ferrera receiving the Television Chairman’s Award, that recognizes individuals for their significant achievements in one or more specific disciplines in television, were made to the delight of the attendees.

The debut of the Creative Master series “Turning Wolverine into LOGAN: The Editing Team Talks Collaboration,” featured editors, assistant editors, and VFX editors of the movie explaining processes, challenges, and avoiding those potential pitfalls of the post production process to the hit movie.  Also, session attendees at the “Game of Thrones: Behind the Scenes with the Filmmakers,” were given a “sneak peak” of how season six was made! Which for the record drew 25.1 million viewers across all major viewing platforms!

The first day wrapped up with a spirited Super Session: “The Real Story 2: Celebrity Executive Officers: How these CEOs Manage Reality”, hosted and moderated by award winning radio and television talk host Larry King. The panel participates included: Rick Harrison of “Pawn Stars,” Jon Taffer of “Bar Rescue” and filmmaker Brant Pinvidic their in-depth discussions focused on how they transitioned their business successes into hit television series for public consumption!

Select clips from yesterday’s sessions can be viewed here and will be refreshed on a continuous basis.

About NAB Show
NAB Show, held April 22-27, 2017 in Las Vegas, is the world’s largest convention encompassing The M.E.T. Effect, the convergence of media, entertainment and technology. With 103,000 attendees from 166 countries and 1,700+ exhibitors, NAB Show is the ultimate marketplace for solutions that transcend traditional broadcasting and embrace content delivery to new screens in new ways. From creation to consumption, across multiple platforms and countless nationalities, NAB Show is where global visionaries convene to bring content to life in new and exciting ways. For complete details, visit www.nabshow.com.