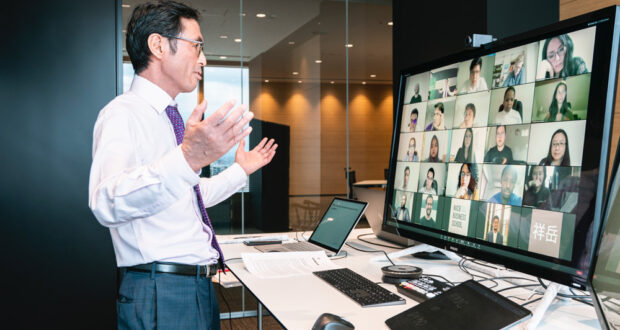 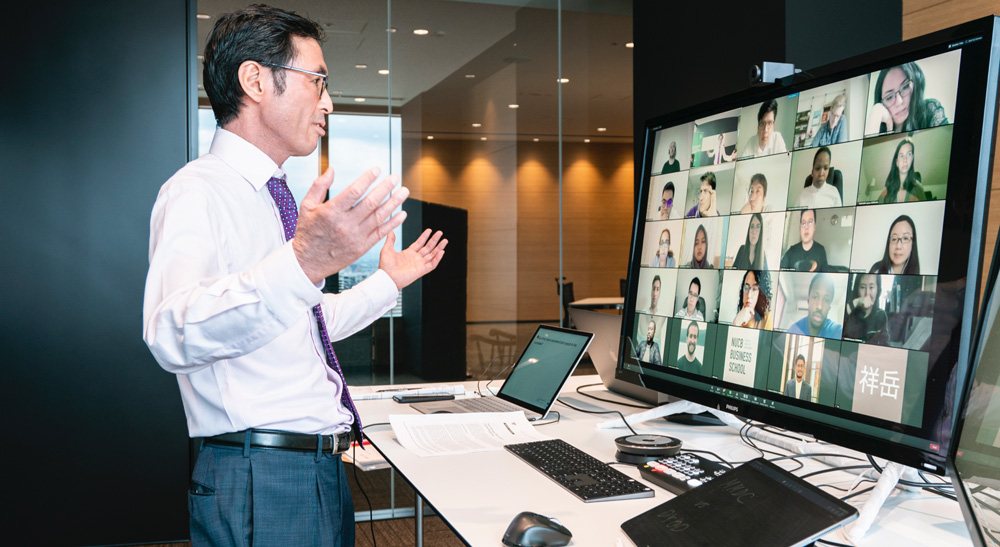 Fremont, CA – August 20, 2020 – Blackmagic Design today announced that Nagoya University of Commerce and Business (NUCB) built a broadcast and streaming workflow using a number of Blackmagic Design products. This includes the building of 30 mini studios, each equipped with either a Blackmagic ATEM Mini or ATEM Mini Pro production switcher, which allowed them to convert all their classes into online classes without missing a single day of the academic calendar.

NUCB is a private university located in Nisshin, Aichi within the Tokai region of Japan. One of the most prestigious business focused international universities in Japan, NUCB has created a comprehensive online learning program, with the new workflow built around an existing Blackmagic Design setup. This includes URSA Mini Pro 4.6K and ATEM Television Studio Pro 4K in the past few years.

Dr. Hiroyuki Kurimoto, director of the school’s management department, says: “We have assigned dedicated staff to switch multiple camera feeds to recreate a more realistic environment of the actual auditorium, which was a large scale project. We hadn’t had any knowledge of studio building, so what we did was analyze Blackmagic’s web images and reading product manuals to find out what we need, such as cables, mics and other peripherals, which worked out well.”

Making good use of their initial experience in studio building, the new workflow includes 30 mini studios for graduate and undergraduate students with ATEM Mini or ATEM Mini Pro and Blackmagic eGPU Pro and have used them for online classes since April, Japan’s first school term. Each class is shot with a robotic camera that follows the movement of a professor, and an ATEM Mini or ATEM Mini Pro which allows a professor to switch feeds by themselves, with streaming done using Zoom.

“The important thing was to make the studio was user friendly to any professors of any countries and age. It has to be intuitive. They have to use a tablet as an alternative to a blackboard, so switching and capturing devices were essential. And we could not assign any tech staff for each class and the affordability of the equipment was very important,” said Dr. Hiroyuki Kurimoto. “The ATEM Mini or ATEM Mini Pros are intuitive. Also, the Blackmagic interface is similar throughout the product range, so it was easier for us to learn how to use them as we have already used Blackmagic in the past.”

In each mini studio, NUCB uses multiple computers for online classes. One is for streaming a professor’s video and audio and the other is for the ATEM Mini or ATEM Mini Pro equipped with two main inputs, an iPad as an alternative to the blackboard and a Keynote presentation. In their bigger studios, other ATEM switchers were used to switch multiple camera feed, but for the mini studios they were mainly used to switch shared screens. The professor writes down students’ comments on the iPad and switch between the iPad and the keynote.

All classes at NUCB are now using this online style, and have to eliminate the risk of interruption in the middle of class. By using multiple computers and Blackmagic eGPU Pros, they have reduced the load for each computer and can offer safer and higher quality online class for every student.

“One thing we found was that using the iPad as a blackboard was actually good even in the real classroom. Also, in general, professors show presentation documents during class, so showing those documents and writing on the iPad through an ATEM Mini is much easier to see than using a screen or blackboard. ATEM Mini will still be the essential device even when we are back to classroom!”