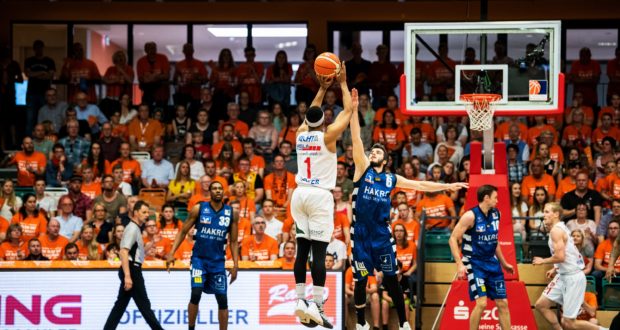 Developed with support from Teltec AG, each of the sixteen portable production units (PPU) comprises two Micro Studio Camera 4K and a pair of Blackmagic Studio Cameras for acquisition, while an ATEM 2 M/E Production Studio 4K is used for vision mixing. 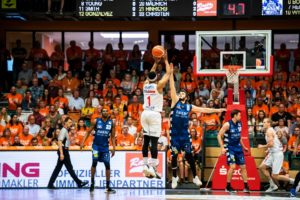 As a rights owner, the Basketball-Bundesliga partnered with OTT service airtango to facilitate the live streaming of league matches. “Not only did we want to broadcast matches online, we also wanted to produce highlights packages and coverage of press conferences as well as club news, which fans could access for free,” explains Daniel Müller, managing director, 2. Basketball-Bundesliga.

He continues: “From the outset we wanted to enable clubs to deliver the best digital experience possible. To ensure that content is treated with consistency we’ve standardized our production workflow around a PPU system that is powerful yet user friendly.”

Müller explains that each club takes responsibility for assembling its own production crew, and they are encouraged to create content that helps bring fans more exclusive access to the team and its progress. “Each system is incredibly intuitive and provides enough creative flexibility that means clubs can experiment with the type of content they produce on the court and off.”

Match action is acquired in 1080i/50 from a pair of cameras in courtside and steadycam positions, while two fixed camera positions above each hoop supply the ‘basketcam’ shots. Live signals are taken into a bespoke production rack, where the ATEM switcher brings together graphics, scoring overlays, commentary and ambient audio.

“To achieve this, the livestreams have to reflect the speed, tension and excitement on the court and translate it for an online audience, so our footage has to be fast paced and accurate,” explains Müller. “Delivering nationwide, broadcast quality livestreams has been a massive long term project, requiring careful planning, budgeting and training, and Blackmagic Design’s pricing, reliability and high quality production have been essential in its successful deployment.”

A live program mix from stadiums around Germany is then uploaded to airtango where multiple live games can be streamed concurrently.

“The OTT offering not only enables clubs to establish a direct relationship with their fans but also help us as a league to grow the sports fanbase throughout Germany in a way that was never previously possible,” concludes Müller. A good content strategy underpinned by the right technology providers such as Blackmagic Design will allow us to better understand fans and deepen engagement.”