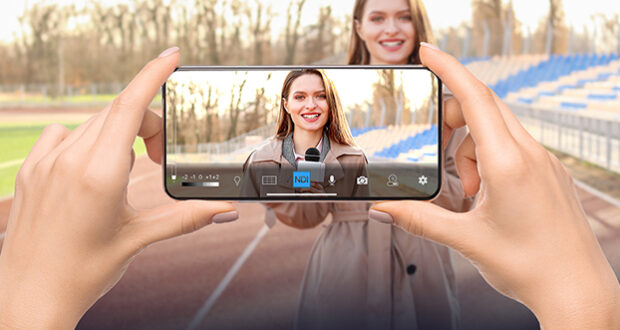 Moving video, moving the world in 4K using just your phone with NDI®

Having already created an NDI®|HX Camera for iOS devices, this revolutionary technology is now available to more than four billion active iOS and Android devices worldwide. Used in conjunction with the free NDI Tools available for Mac or PC, the NDI®|HX Camera app can significantly increase the image quality for those working from home and taking part in conference calls or presentations using any combination of PC or Mac and iOS or Android.

“NDI has quickly become the content-over-IP standard for savvy companies and individuals throughout the world to tell video stories,” commented Michael Namatinia, president of NDI. “By extending NDI®|HX Camera to everyone with access to a PC or Mac and an iOS or Android device, we are putting the ability to produce exceptional quality video in the hands and pockets of everyone.”

The app allows users to produce broadcast-quality content, no matter the platform or story. From sharing at-home workouts online to ensuring no one misses that match-winning goal in a local soccer game – stories can now be told in glorious 4K quality video and seamlessly integrated with Zoom, Skype, Microsoft® Teams, or other video communication applications. The app can also be used as a camera source in multi-camera live streaming systems like NewTek’s TriCaster®, Vizrt’s Viz Vectar Plus, and OBS among many others.

For more information about NDI®|HX Camera apps, please click here. Tune into NDI.tv on Thursday, December 3 to watch an episode dedicated to this technology. Click the link for local times and video-on-demand.

Both apps are available to download from all major app stores and require an updated version of the free to download NDI Tools to be installed on the user’s PC. NDI Tools can be downloaded from here: www.ndi.tv/tools/#download-tools

NDI® is a free protocol for video over IP, enabling better video for everyone. NDI software is in the hands of millions of customers worldwide, creating an interconnected community of storytellers. NDI allows individuals and organizations to access the benefits of IP-based, software-defined visual storytelling for a fraction of the cost of other complimentary IP protocols.

NDI is part of the Vizrt Group, alongside its sister brands, Vizrt and NewTek. NDI follows the single purpose of this Group; more stories, better told. www.ndi.tv

Vizrt Group is the world’s leading provider of visual storytelling tools for media content creators in the broadcast, sports, digital and pro-AV industries, helping them to build a better-informed world. The Group contains three of the strongest brands in the broadcast technology industry; NewTek, NDI® and Vizrt. All three are united by a passionately held single, simple purpose; more stories, better told.

Vizrt Group is a global and diverse organization with over 700 employees from 52 different nationalities, operating in 30 offices worldwide. It is privately-owned by Nordic Capital Fund VIII.  www.vizrtgroup.com

NDI® Tools are a free resource that support both Mac and Windows machines.