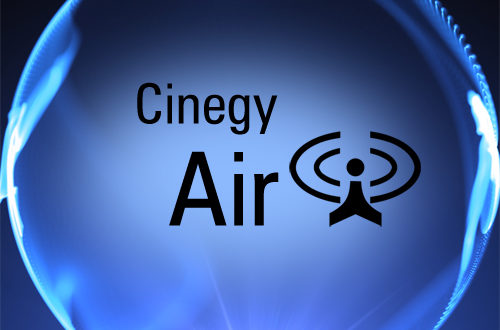 “The demand for NDI support and HDR have been at the top of the customer wish list,” says Cinegy Head of Product Management Lewis Kirkaldie. “With of course, the usual demands to do more with less. That’s why Cinegy Air PRO 12 is now even more GPU and cloud optimized.  It increases the use of GPU offloading for video pipeline operations, which lightens the load on the CPU and maximizes the benefit of GPUs that are optimized for such video operations.

“Cinegy Air 12 will comfortably run a full UHD channel inside an AWS G3 or Azure GPU cloud virtual machine and shows a measurable reduction in machine load when the new GPU pipeline mode is enabled. To put this into perspective, that is using merely 16 vCPU cores for UHD playout with CG and UHD streaming output in HEVC or H.264. Of course, this would alternatively give you four channels of full HD, a multiviewer and then some, instead of UHD.”

Cinegy has partnered with Telos/Linear Acoustics, the people who literally wrote the book on loudness measurement and control, to give Air Pro 12 the best loudness control software option to comply with all international loudness standards, even in difficult live scenarios.

First introduced in Cinegy Air PRO 11, the Air PRO 12 version of Cinegy Titler has benefitted from significant improvements to its CG template editing user interface. Cinegy Titler can now handle audio embedded inside video assets used within a scene or have discreet audio files attached as audio objects. From simple animated logos with audio jingles to complex scenes with conditional loops with dynamic audio playback, this all can now be easily achieved.

In the new version, Cinegy Titler can insert multiple live inputs into a CG scene, which it receives via the Cinegy Air PRO engine. Now, with a single Cinegy Air PRO 12 playout engine, multiple camera or other live video sources can be used, positioned in 3D space and composited as a dynamic CG template in an Air PRO 12 playlist or triggered via separate CG control panels. Cinegy Titler with its new audio, 3D DVE, and multi-PiP capabilities further blurs the line between what traditional video mixers would have been used for and what is now done with advanced, dynamic CG templates.

Cinegy Air PRO 12 and other Cinegy new software products can be found on NAB Booth SL 12116.