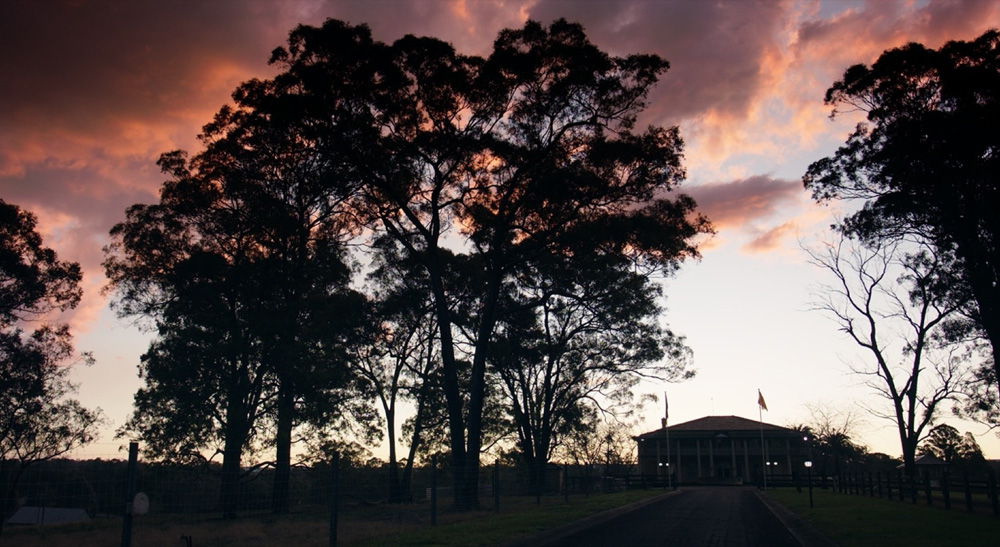 “Dark Noise” tells the story of a young woman who is sent audio recordings from her biologist father after he goes missing at a remote national park. She uses his audio clues to try and find him, but stumbles into a dangerous organized crime operation. Starring Imogen Sage, Callan Colley and Steve Le Marquand, and directed and written by Clara Chong, the film was shot in the wilds of Australia during the early days of the global pandemic.

Ben Allan was the cinematographer and colorist, while Chong also served as film and audio editor for the film. Allan is the youngest person to ever be awarded the ACS letters by the Australian Cinematographers Society, the only accredited cinematographer in the world to be awarded the CSI letters as a colorist by the Colorist Society International and has more than 1,500 film, television and commercial credits to his name. Chong has nearly thirty years’ experience in the industry after starting in Tokyo and training in New York.

“Blackmagic products gave us the ability to see our vision through cohesively, from production to post. I don’t think we could have made this film without Blackmagic Design,” Allan said.

For production, a large part of the film was shot in dense forests in bad weather and at night, hours outside of Sydney, Australia. Allan, due to Covid restrictions, often had to shoot with a minimal crew or with only himself and Chong. The URSA Mini Pro 4.6K G2 and Pocket Cinema Camera 6K’s small form factors and ability to capture cinematic images in low light helped Allan get the shots he needed.

“The size of both cameras and the ability for one person to handle each one was a lifesaver. We were shooting an hour and a half away from any support, so the cameras’ reliability was another thing that I counted on,” Allan continued. “Also, I have a unique perspective being a colorist, as well as a DP and camera person. I know exactly what data I need in each shot, especially at night using minimal lighting where I need to know that the cameras will get me as much data as possible. Shooting in Blackmagic RAW got me what I needed with a huge amount of picture information but while using as little storage as possible.”

Throughout filming, Allan had post production, in particularly audio, in mind. The film’s protagonist was an audio professional using sound to investigate the disappearance of her father. The creative use of sound, in combination with color correction, is almost a character of its own in the film and needed to drive the story and viewers’ emotions. To do this, Allan expanded his post production studio to include the Fairlight Desktop Console and a DaVinci Resolve Mini Panel. “The footprint of both the Mini Panel for color and the Fairlight Desktop Console for sound really made it possible to have all of these controls within easy reach in a single studio for the first time ever.”

“Dark Noise” was the first film that Allan used Fairlight audio editing tools on. This included the Fairlight Desktop Console, which is a compact surface featuring a bank of 12 touch sensitive faders and pan knobs, built in LCDs above each channel strip, channel control buttons, automation transport and navigation controls, and more. “Because Fairlight is designed from the ground up for film mixing, all the tools and processes you need are built right in,” Allan said. “Additionally, the Fairlight Desktop Console gives you the precise, tactile control you need for long form productions.”

With his own studio set up, Allan was able to work through the pandemic lockdowns to finish the film in time for a May 2022 release.

“Color and sound make an impact on the audience at the same level. They give an emotional and sensory reaction. In ‘Dark Noise,’ this was especially true in the shadows. Manipulating sound, shadows and locations of sound in Resolve is amazing,” he said. “There was a moment when I was working in Fairlight and went ‘ah,’ we should do this with the color in the scene. I made the audio edit on the console and then with a single click jumped to the color , reached across to the Mini Panel and captured the matching visual inspiration I had for the scene right away. This is something that has never been possible before at such a high quality level.”

“I loved working in Resolve on ‘Dark Noise’ because it was so much easier to put color and sound in tune with each. The combined effect was amazing. Resolve has been able to fundamentally change how filmmakers create. With everything coming straight out of Resolve, the whole process is just amazingly efficient. Mixing and matching various resolutions and audio formats for different delivery requirements is so fast and effective. We are very glad we made the switch,” he said.

“Dark Noise” started screening in Australian theaters in May and will be available on streaming services worldwide.