To average viewers, TV stations in their markets all seem to have the latest weather radar with cutting edge technology, providing live radar feeds of severe weather in their region.  But the truth is, most stations rely on a network of federally funded National Weather Service radars.  And those feeds really aren’t live as the data can be as much as five minutes old when it’s viewed on television or in a digital app. Further, although there are nearly two hundred government operated radars in this network, the United States is a large piece of real estate and the distance between radars introduces “gaps” in coverage. 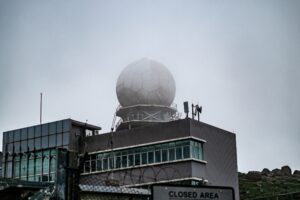 There are literally hundreds of gaps between NWS radars, partly due to geography (such as mountains, etc.) but also due to the science of radars. When a radar scans our atmosphere, its beam travels in a straight line.  Over short distances, this is not an issue. But the further it travels; our spherical earth literally curves downward, and the beam effectively climbs higher and higher above the ground. At 60 miles from the radar, the beam is nearly 1 mile above the earth; at 125 miles, it’s over 3 miles above ground. Since we live and work at ground level, this poses a problem when trying to scan some of the most impactful weather (like tornados) or low-lying cloud decks containing snow and icing events, which many times go undetected in areas far from weather radars.

To address this issue, some stations invest in their own costly radar systems, but it’s not a choice a lot of stations can afford.  Paying millions for their own radar is a tough call, even if a station is in one of the many gap areas.  Now, thanks to a new radar network being installed around the US, stations have another option.  Climavision is deploying its own radar network around the country, specifically to fill the gaps between the NWS radar.  And this radar system provides a far clearer picture of weather conditions:  Compared to the existing radar network, the Climavision network’s dual-polarity technology has a higher refresh rate, can give up to ten times the resolution, and can more reliably detect changes in the atmosphere.

Stations can access this Radar-as-a-Service (RaaS) feed through a monthly subscription model, allowing them to use the feed at a fraction of the cost of having to build their own radar.  The subscription service gives them the opportunity to integrate the radar feed seamlessly into their on-air weather operations.  By accessing this data, stations can better track and predict severe weather in their area and provide better forecasts to viewers.  The benefits to viewers are clear: the data will help save lives by keeping them out of harm’s way. 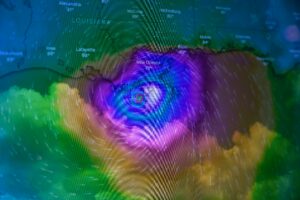 This data service is being offered exclusively to a single station in each market, which preserves the promotional advantage that a station traditionally received when purchasing their own radar.

The Charlotte, NC area has one of the largest radar gaps in the US and was the first market targeted for deployment of these new radars.  WBTV became the first station in the nation to subscribe to this new service and is now the exclusive provider of this high-resolution radar data in their market.  Previously, WBTV had to rely upon NEXRAD radars nearly 100 miles away in North and South Carolina.  The difference is night and day for the station, as it can provide much more timely and detailed images of the local situation on the ground in western North Carolina.

As the radar gap is very large in western North Carolina, a second Climavision radar has been installed, in nearby High Point, entirely closing the largest weather radar gap in the United States.  Eventually two additional radars will be installed in North Carolina. As a result, millions of North Carolina residents will have access through the exclusive broadcast station in their market to vastly improved weather coverage.

Hundreds of radars are deploying across the United States, covering nearly all of the worst radar gaps, protecting hundreds of millions of people.  It’s a game changer, as it means that any station in the US, even in small markets with little or no local radar coverage, will have access to the latest radar technology and can warn viewers more quickly and accurately about dangerous weather.  This has the potential to actually save many lives in the long run.

For more than 30 years, Chris has leveraged weather data and developed technologies to serve industries such as aviation, energy, media, insurance, defense, and international governments. In Chris’ past experience he helped craft national remote sensing plans for countries around the world. He’s also led the development of innovative software solutions that literally changed the way the world sees and interprets weather data today.  Previously, Chris was responsible for harnessing weather data and SaaS opportunities at both AirDat and The Weather Channel Companies.

Chris has also won two Emmy Awards for his past work. His most recent Emmy recognized his team for technological achievement for their design and engineering of a mobile weather radar for NBC Universal. Chris holds a BA in Journalism from the University of Montana and is a U.S. Air Force veteran where he received the Meritorious Service Medal serving as an aviation weather specialist.