Fremont, CA – September 20, 2018 – Blackmagic Design today announced that New Zealand’s Department of Post is using DaVinci Resolve 15 as part of their HDR and non-HDR work with a number of film, commercial and television productions. This included color correction, conform and VFX work for a number of different projects, including the popular TV show “Cul De Sac.”

Department of Post is one of the most influential post production houses in Australia and New Zealand, providing end-to-end post production services, including DIT, editorial, online, finishing, color and audio for film and television productions, both local and international. Recently, they have focused on opening up New Zealand’s first fully HDR compliant post workflow to a wider range of productions, using DaVinci Resolve Studio as one of the core components. 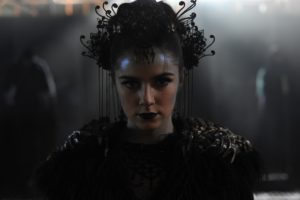 One of the primary uses of DaVinci Resolve 15 at Department of Post is as the post production software used for UHD and HDR projects, as part of one of the top HDR suites in Australia and New Zealand, where they have already completed HDR work for a number global projects.

“Resolve makes HDR workflow simple, and the addition of HDR internal scopes in Resolve 15 is great. Resolve 15’s color management in particular we use a lot. Now that projects are delivering in SDR and HDR, Resolve’s node structure specifically helps us to handle complex workflows that allow us to do both passes on one timeline. The Resolve color management is similar to the ACES workflow, but more accessible to the broad range of productions we handle,” said Katie Hinsen, Department of Post’s Head of Operations.

With the inclusion of Fusion Studio VFX in DaVinci Resolve 15, Department of Post has also been able to handle grading, conforms and VFX work within a single application. “We recently had to use Resolve 15’s Fusion features for VFX comps for an upcoming film. Screen replacements and background replacements. It was very helpful and time saving to keep it all in Resolve 15.”

A non HDR project the Department of Post pro used DaVinci Resolve 15 on was the popular New Zealand television show “Cul De Sac,” which was completely conformed and graded using DaVinci Resolve 15. The show is a post-apocalyptic drama series where one day teens wake up to find the world has changed and includes no adults, no technology and no explanations.

“The look and feel was apocalyptic, with a specific color palette. Resolve 15’s hue v hue and hue v sat really helped maintain this. I also used 15’s OFX lens blur strategically to increase depth of field and accentuate the character’s feelings of alone-ness and despair. It’s a great tool, as it really blurs like a lens, not like a blur,” said James Gardner, Department of Post senior colorist.

Started by James Brookes and James Gardner in 2008, Department of Post has grown from simple roots. They recognized the changing landscape of post production and worked to fill this space in the market.

Department of Post now provides end-to-end post production services, including DIT, Editorial, Online, Finishing, Color, Audio, and Deliverables, to film and television productions, both local and international. Their focus is on cutting-edge technology and workflows, while retaining the collaborative, agile and innovative foundation upon which the company was built.