Historic studio sets up temporary theater to screen emerging filmmakers’ visions of the City of LA. 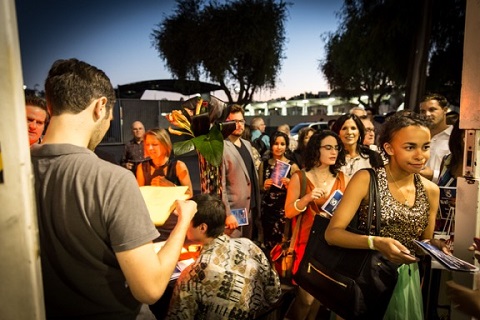 “This event provides a wonderful showcase for Los Angeles’ remarkable pool of filmmaking talent,” says NewFilmmakers Los Angeles director Larry Laboe. “It also celebrates the many things that make our city unique. This year’s line-up of films was our strongest yet, and highlighted the city’s diversity of people, neighborhoods and communities from unique insiders’ perspectives.” The event’s 21 finalists competed for cash and prizes valued at more than $60,000.00. Directors Andrew Schneider and Cody Autterson won the Grand Prize for their film A Day in Los Angeles. 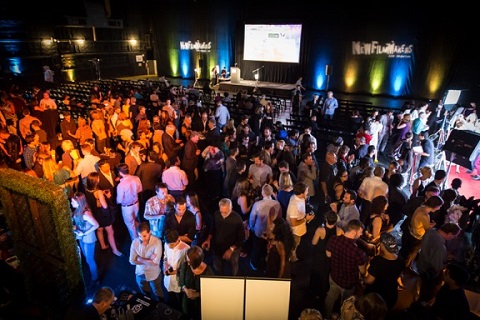 Hollywood Center Studios’ Stage 9 was transformed into a festive movie theater for the event with seating for 500. “It was an amazing space,” recalls Laboe. “It was exciting to bring people onto a lot where so many legendary film and television productions have been shot. 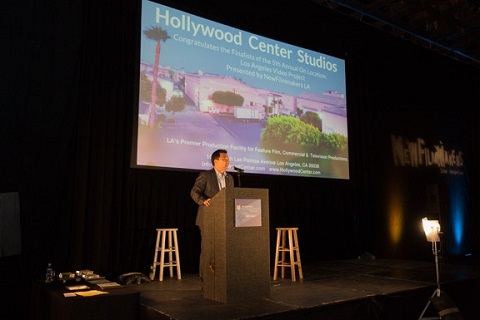 “Hollywood Center Studios has a long history of supporting young filmmakers, the local production community and the Hollywood Business District. We were very pleased to be their guests.” 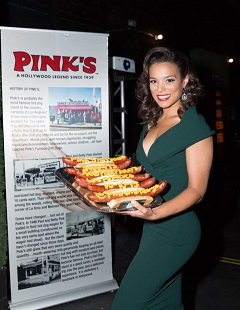 Hollywood Center Studios has a rich and colorful history that mirrors the development of Hollywood and the growth of the entertainment industry.  The studio has played host to some of the most notable productions of the past century, including such iconic television shows as I Love Lucy, The Addams Family, Jeopardy, Rockford Files and Mad TV, and classic film productions such as When Harry Met Sally and The Player. In recent years, Hollywood Center Studios has continued to grow and modernize to support its large television clientele which includes Disney, NBC, Comedy Central and MTV.  Hollywood Center Studios remains a vital part of the Hollywood community and a place where entertainment history continues to be made every day.