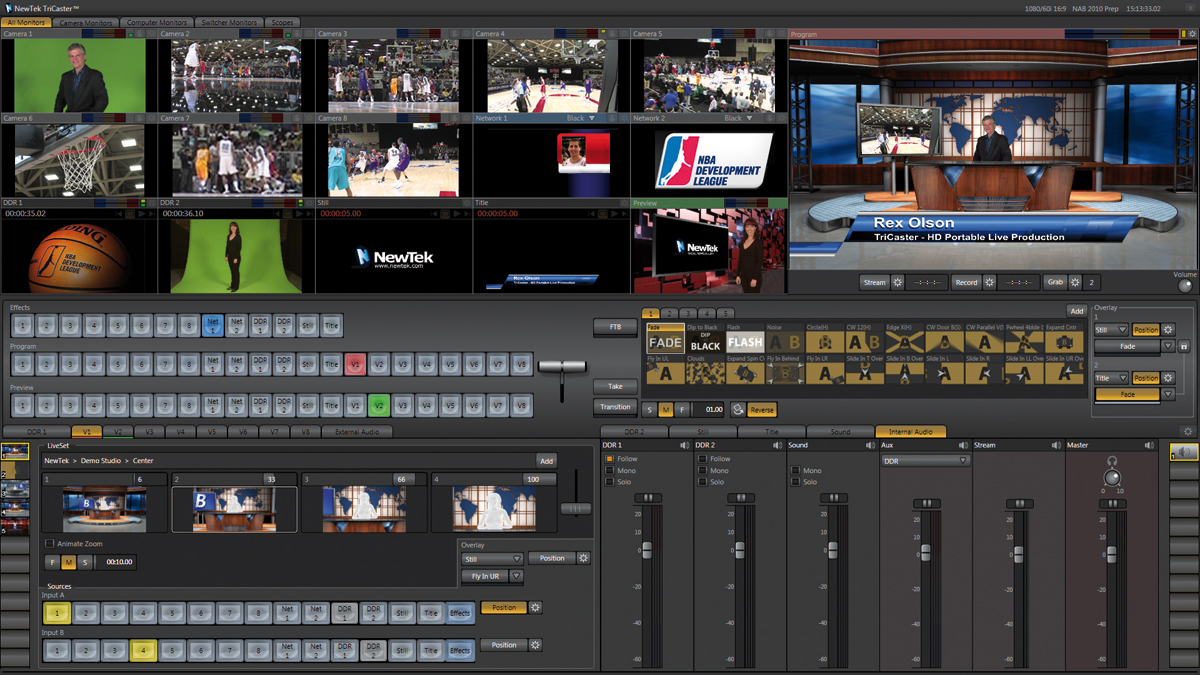 NewTek‘s line of innovative products have been providing industry professionals “cutting edge” technologies since 1986. At the time, the introduction of the Video Toaster® pioneered the concept of “television-in-a-box” and believed by many in the industry, as being way before it’s time. The thought of a single box performing everything from live video switching to 3D animation (with LightWave 3D®) truly goes down in history as a major milestone in the world of television production! The great news is, that NewTek has not slowed down the company’s progressive approach and innovated product development!

“The most advanced system that brings the most extensive integration with broadcast operations, with remote control of a redundant system, router support for large-scale enterprise production, 24-channel switcher, professional audio mixing, and up to 14 output destinations. The ability to broadcast, stream, publish, project and recordâ€”all at the same time and Built-in live streaming at the touch of a button!”

The 3Play family consists of two powerhouses! The 3Play 4800– “..the only multi-camera live sports replay system that dramatically enriches the viewing experience for audiences, engaging stadium and online fans with slow motion, instant replay, in-game highlights and social media publishing in every game.” Key features include: Complete game coverage out of the box, with capture, control and replay of 4 (redundant) or 8 (discrete) live video sources

simultaneously; Produce sports your way, with the most flexible, customizable, and workflow-adaptable set-up, operation and programming potential available and most importantly, Save money, equipment, operator costs, space and resources and Save up to 60% of replay equipment costs in some cases.

The 3Play 425– “…Local broadcasters, colleges and production companies who want to make the transition from shooting sports, to full-tilt live sports production..3Play 425 delivers the professional instant replay that will put you head-and-shoulders above the local competition, and propel you into the majors.” Key features: 6-channel live sports “sweet spot”; Network-quality production in native HD; Seamless mixing of live video with assets from your media library; Compact, 2RU design fits perfectly in control rooms and production vehicles of all sizes.

Make sure to stop by booth SL4610 at NAB 2014 for more information from the kind folks at NewTek, Inc.!